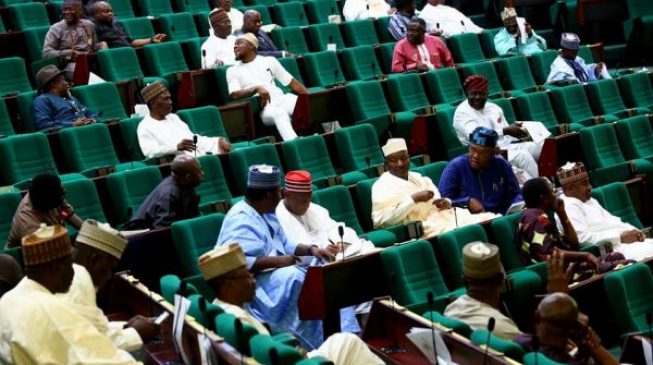 16:13 2019
Print This Article Share it With Friends
👤by Chinedu Asadu  0 Comments
Advertisement

The house of representatives is considering a ban on the conduct of Post-UTME (Unified Tertiary Matriculation Examination) by universities in the country.

At Tuesday’s plenary session, the lower legislative chamber accused universities of subjecting Nigerians to hardship through the examination process.

Although the federal government had in 2016 announced an end to Post-UTME, it said tertiary institutions were free to screen applicants.

Most higher institutions of learning still conduct the examination before admitting students.

Ademorin Kuye, who sponsored the motion, said despite initial payments, rigorous registration and examination process, academic institutions still subject students to yet another fee for Post-UTME “without any consideration for indigent parents and students”.

Ben Chinedu from Anambra state supported the motion and argued that the exercise is illegal.

“Post UTME has no basis in the law. It is external set up by university to exploit our children,” he said.

He also alleged the universities corner the funds realised from the screening exercise and do not account for them.

Ben Kalu from Abia state suggested that the Joint Admissions and Matriculation Board (JAMB) be more equipped “so that we can stop other sister agencies from conducting it”.

The house subsequently asked its committee on tertiary institutions to interface with JAMB to resolve the matter.

TWITTER @thecableng
Copyright 2020 TheCable. All rights reserved. This material, and other digital content on this website, may not be reproduced, published, broadcast, rewritten or redistributed in whole or in part without prior express written permission from TheCable.
Tags
house of repsJAMBpost UTME
Advertisement