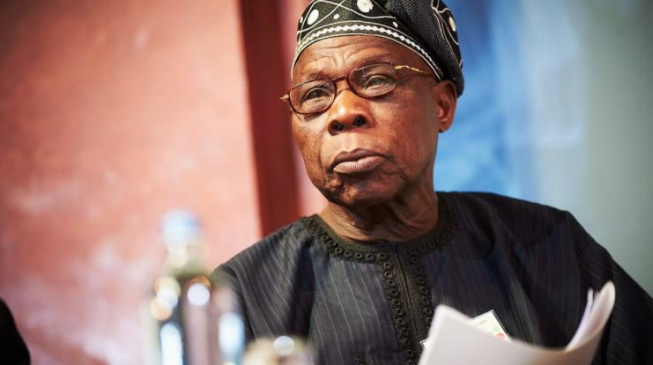 10:07 2018
Print This Article Share it With Friends
👤by Chinedu Asadu  0 Comments
Advertisement

Aso Rock, Nigeria’s seat of power, used ambulances to complement bullion vans when moving cash around during the administration of ex-President Olusegun Obasanjo.

The practice was said to have reached its peak in the heat of Obasanjo’s quest for a third term, according to a new book titled ‘Too Good to Die: Third Term and the Myth of the Indispensable Man in Africa’.

The book was written by Chidi Odinkalu, former chairman of the National Human Rights Commission (NHRC), and Ayisha Osori, author of ‘Love Does Not Win Elections’.

It talks about events during the Obasanjo administration and the happenings surrounding his third term ambition.

His bid for a third term in office through a constitutional amendment failed after it faced rejection from various quarters.

In the book, a copy of which was obtained by TheCable, the authors narrated how an armed guard within the presidential villa lost control of his rifle, inflicting serious injury on a female catering staff of the presidency.

“Around the premises, one ambulance within view of the injured victim was reportedly for the exclusive use of the president; another was for the vice-president. Neither was available to save this woman,” the book read.

“Two other ambulances within view had no gasoline. One of the ambulance drivers, who reluctantly agreed to help, wanted money to put gasoline in his car first before making the journey to the nearest clinic.

“All this while, the victim was losing blood. Another member of staff was forced to take the victim to the hospital in a private vehicle. One of the staff in the presidency was later to explain that they were not in the habit of using ambulances to evacuate human beings. According to this staff, it was the practice since the time of President Obasanjo to use ambulances to complement bullion vans in moving cash in different currencies to different locations.

“The practice reached its peak during the ultimately futile process of amending the constitution to extend the tenure of President Olusegun Obasanjo a little over one decade earlier. Just as an ambulance is not designed to transport cash, the presidency is an unlikely parking lot for a bullion van. It is not a bank or financial service institution.”

The co-authors said the claim that ambulances in the presidency “were used to transport cash during the tenure elongation process was not surprising”.

“It underscores the nature and role of money in President Obasanjo’s effort to ascend to a god-presidency and holds the key to understanding why President Obasanjo’s tenure elongation project became so damaging to the long-term prospects of democracy and its institution in Nigeria,” they said.

The third term agenda was said to have gulped about $500 million, according to the authors.

Nasir el-Rufai, minister of the federal capital territory (FCT) under Obasanjo, was quoted in the book as saying the constitutional amendment bill to elongate the ex-president’s tenure “went before the national assembly with hundreds of millions of dollars raised to procure its passage”.

TWITTER @thecableng
Copyright 2020 TheCable. All rights reserved. This material, and other digital content on this website, may not be reproduced, published, broadcast, rewritten or redistributed in whole or in part without prior express written permission from TheCable.
Tags
Aso RockAyisha OsoriChidi Odinkaluex-President Olusegun Obasanjothird term agendaToo Good to Die: Third Term and the Myth of the Indispensable Man in Africa
Advertisement