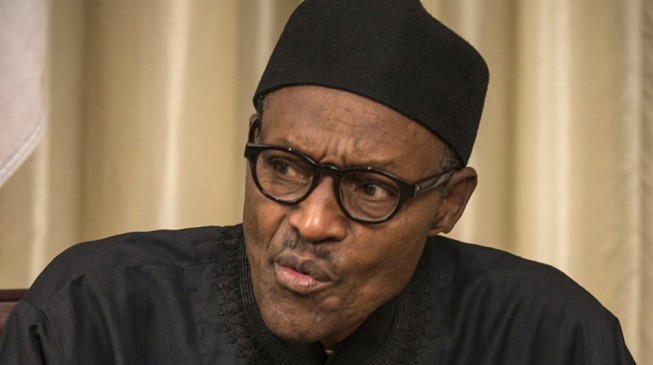 14:06 2015
Print This Article Share it With Friends
👤by TheCable  28 Comments
Advertisement

Tuesday’s appointments into the board of the Asset Management Company of Nigeria (AMCON) by President Muhammadu Buhari violated the law, TheCable can report.

Buhari appointed Ahmed Lawan Kuru as the managing director and named Kola Ayeye, Eberechukwu Uneze and Aminu Ismail as the executive directors following the expiration of the five-year tenure of the previous board.

Their appointments took “immediate effect”, according to a statement from the president’s office.

However, section 10 (1) of the AMCON Act 2010 stipulates that the board shall be appointed by the president “subject to the confirmation of the Senate”.

The president did not send their names to the senate for confirmation as stipulated in the law.

TheCable understands that the head of service, Danladi Kifasi, has been informed of the anomaly which he is now trying to rectify.

The senate has adjourned till September 29 but it can be recalled to confirm the nominees.

There is yet another contravention as section 10 (1) (c) of the AMCON Act stipulates that the board “shall consist of 3 Executive Directors who shall be nominated by the Central Bank of Nigeria in consultation with the Minister”.

The minister is identified as that of the federal ministry of finance in section 10 (1) (a).

But there is no minister of finance as Buhari is yet to constitute his cabinet since his inauguration in May — an indication that no minister was involved in the process as stipulated by law.

The appointment of the new MD may pass the scrutiny in this regard as he is only to be recommended by the central bank, according to section 10 (1) (b) which says “a Managing Director [shall be] nominated by the Central Bank of Nigeria”.

The part-time chairman has not been appointed. Other vacancies yet to be filled are the five non-executive directors, two of whom are to be nominated by the federal ministry of finance, two by the central bank and one by the Nigeria Deposit Insurance Corporation (NDIC).

Responding to a question from TheCable, Femi Adesina, presidential spokesman, said the noticed anomalies are being corrected.

It is believed that the procedural errors might have been caused by the fact that the attorney general and secretary to the government of the federation are yet to be appointed.