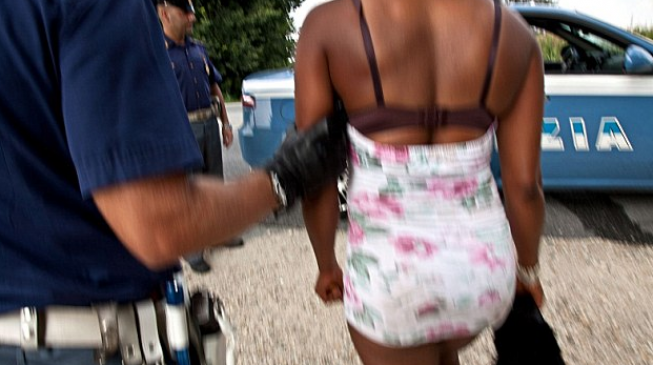 18:09 2017
Print This Article Share it With Friends
👤by Oluseyi Awojulugbe  0 Comments
Advertisement

The International Organisation for Migration (IOM) has reported that the number of Nigerian women travelling by boat from Libya to Italy almost doubled in 2016, with majority of them being victims of sex trafficking and exploitation.

“We have seen a huge increase in the number of Nigerian women arriving last year,” said Carlotta Santarossa, a counter-trafficking project manager for the IOM.

“According to our indicators, we believe the majority of Nigerian women who are arriving into Italy are victims of trafficking and are likely to end up exploited in Italy or other European countries. In Italy, the numbers are too high to provide all of them them with the services they need.”

The organisation said the increase reflected a dramatic rise in the overall number of Nigerian men, women and children being registered at landing points in Italy. Figures from the agency show that 37,500 of the 180,000 migrants arriving in Italy by sea last year were Nigerians, the first time they had eclipsed Eritreans as the largest national group. The total number for 2015 was 22,000. About 3,000 of the 37,000 Nigerian migrants were unaccompanied minors.

Alberto Mossino, director of Piam Onlus, an anti-trafficking NGO working with Nigerian migrants, said the increase in Nigerians arriving by sea was an indication of the power of the highly organised trafficking gangs operating alongside Libyan militias to control migrant flows from north Africa.

“Before, migrants could arrive alone in Libya and make their way by boat to Europe,” he said.

“Now, it is too dangerous: there is civil war and it is only the Nigerian and Eritrean trafficking gangs who are able to transport large numbers of people through the country, where militias are controlling the borders and ports.

“These are not smuggling gangs, their intention is to exploit and profit from the migrants they are transporting along the way, and women are the most lucrative cargo.”

Among those questioned by the IOM, 49% reported having being held in a location against their will, often for ransom. The majority of the cases occurred in Libya.

“Libya is a black hole at present, from a humanitarian point of view – all migrants arriving from Libya have faced violence and human rights violations,” said Flavio Di Giacomo, a spokesperson for the IOM in Italy.

Mossino said existing anti-trafficking services were at gridlock, with the Italian government providing only 1,600 places for victims of trafficking at specialist shelters.

“If there are 11,000 women arriving in one year, there is simply no way of providing them with any help or security,” he said. “There is nothing we can do to help them.”

TWITTER @thecableng
Copyright 2020 TheCable. All rights reserved. This material, and other digital content on this website, may not be reproduced, published, broadcast, rewritten or redistributed in whole or in part without prior express written permission from TheCable.
Tags
human traffickingInternational Organization of Migration
Advertisement