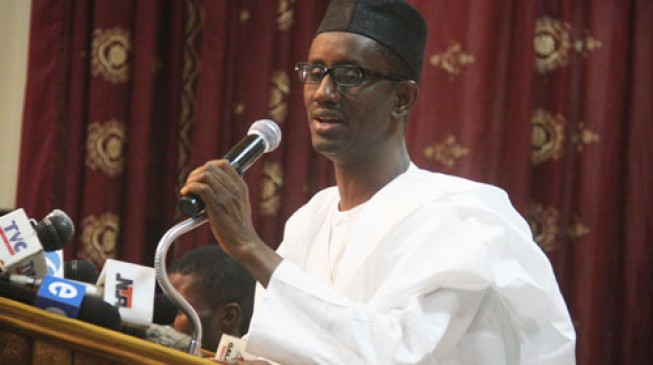 19:07 2019
Print This Article Share it With Friends
👤by Ebunoluwa Olafusi  0 Comments
Advertisement

Nuhu Ribadu, pioneer chairman of the Economic and Financial Crimes Commission (EFCC), says no one has become an oil billionaire since President Muhammadu Buhari became minister of petroleum.

Timipre Sylva is the junior minister of petroleum resources while the president is the senior minister — a first in the country.

Ribadu said this while making a presentation on anti-corruption and good governance at a two-day retreat for commissioner-designates, special assistants, and permanent secretaries, on Monday, in Gombe state.

He said corruption has been curbed in the petroleum sector by the Buhari administration.

He asked the officials to make a vow not to steal public funds, adding that corruption needs to be curbed at all levels.

“Make a personal vow not to steal public funds. You can’t stop corruption in the police when the civil service is still corrupt. Stop corruption and see what will happen in the society,” Ribadu said.

“Corruption erodes trust in leadership. A leader with soiled hands has no moral right to question his subordinates.

“For you, all this is, is a stepping stone. You must not fall for the banana peel thereby denting yourself. EFCC, NFIU are capable and they can see you.

“They have the infrastructure to track every single penny stolen from the government. Things have changed, and the world has changed, so let us also change.

“Since president Buhari took over as the minister of petroleum, I have not seen people become billionaires from oil business because there is a leader who is not corrupt.”

Also speaking at the event, Boss Mustapha, secretary to the government of the federation, asked the state government to work closely with traditional institutions to ensure the safety of citizens in the communities.

“Let me urge the government of Gombe state to work closely with traditional institutions for the purpose of entrenching the policies of the federal government in the area of community policing,” he said.

“We must return to it if we have the desire to protect our communities.”

TWITTER @thecableng
Copyright 2020 TheCable. All rights reserved. This material, and other digital content on this website, may not be reproduced, published, broadcast, rewritten or redistributed in whole or in part without prior express written permission from TheCable.
Tags
corruptionGombe Statenuhu ribadu
Advertisement