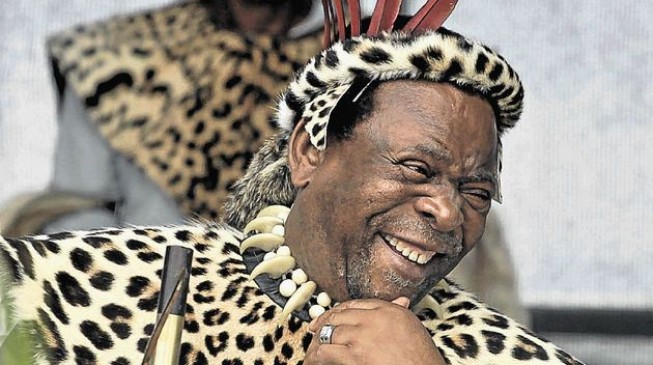 15:49 2016
Print This Article Share it With Friends
👤by Taiwo George  0 Comments
Advertisement

The budget of South Africa’s powerful Zulu king has been slashed by more than 15% as part of the government’s cost-cutting drive.

The decision of the Kwazulu-Natal provincial government, led by the African National Congress, was condemned by the opposition Inkatha Freedom Party (IFP).

“We can’t have the dignity of His Majesty being undermined in any way,” said IFP MP Blessed Gwala.

However, Kwazulu-Natal Premier Senzo Mchunu said “adequate measures” were in place to continue giving financial help to King Zwelithini, who has six wives and close to 30 children.

“In terms of respect [for the monarch], we will do our utmost to succeed on this one,” he is quoted as saying.

Political analyst Thabani Khumalo told the Daily News that King Zwelithini was likely to accept the cut as South Africa was going through tough times.

“He has to stand with his subjects,” he said.

“We all know we are in a drought and it has affected our lifestyles.”

TWITTER @thecableng
Copyright 2020 TheCable. All rights reserved. This material, and other digital content on this website, may not be reproduced, published, broadcast, rewritten or redistributed in whole or in part without prior express written permission from TheCable.
Tags
Goodwill ZwelithiniSouth AfricaZulu
Advertisement