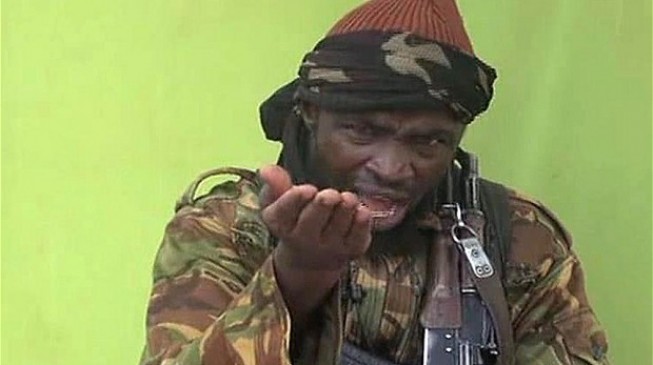 05:45 2015
Print This Article Share it With Friends
👤by Taiwo George  0 Comments
Advertisement

Ahmad Salkida, the Nigerian journalist known to have access to top commanders of the Boko Haram sect, says Abubakar Shekau is alive and still presiding over the affairs of the notorious group.

Salkida dismissed the view of President Idriss Deby of Chad, who said Shekau had been replaced by one Mahamat Daoud.

At a press conference to mark Chad’s 55th independence anniversary, Deby had said: “There is someone apparently called Mahamat Daoud who is said to have replaced Abubakar Shekau and wants to negotiate with the Nigerian government.”

But Salkida accused the Chadian president of lying, saying that was how he misled former president, Goodluck Jonathan into entering a botched peace deal with the sect.

“Idris Deby is wrong now as before when he deceived former president Jonathan in phantom negotiation. Shekau is alive and leads ISWAP or BH,” he wrote on Twitter.

Idris Deby is wrong now as before when he deceived Fmr President Jonathan in phantom negotiation. Shekau is alive and leads ISWAP or BH.

The fallout of the so-called deal with Boko Haram was one of the low points of the immediate-past administration.

However, Shekau’s absence in the group’s video in recent times has fueled speculations of his death even before Deby’s comment.

He was last heard of in March when he announced Boko Haram’s alliance to the Islamic State (IS).

Until Deby spoke last week, the authorities had been silent about Shekau apparently because the issue of his death had been an embarrassment.

The unrepentant militant has refuted the reports of his demise on three separate occasions that security forces claimed to have silenced him.

In a video he released in October, Shekau taunted the military saying he has “one soul”.

“Here I am, alive. I will only die the day Allah takes my breath. I am running our… Islamic caliphate and administering sharia punishments,” he had said.

Shekau took control of the group after its founder, Muhammad Yusuf, died in police custody in July 2009.

Under his leadership the group became more radical and carried out more killings.

Salkida had earlier predicted that Shekau could be replaced as a result of the IS deal.

TWITTER @thecableng
Copyright 2020 TheCable. All rights reserved. This material, and other digital content on this website, may not be reproduced, published, broadcast, rewritten or redistributed in whole or in part without prior express written permission from TheCable.
Tags
Abubakar ShekauAhmad SalkidaIdris DebyMahamat Daoud
Advertisement