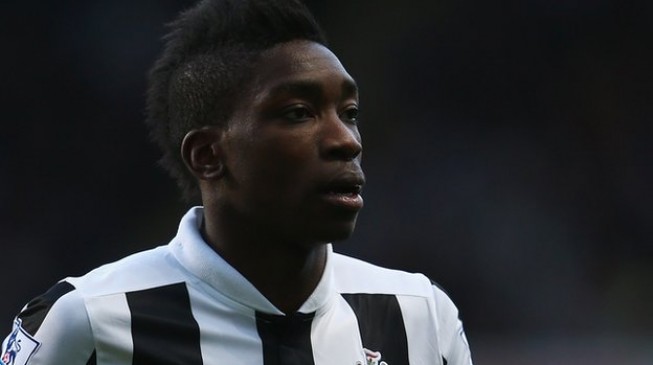 17:33 2014
Print This Article Share it With Friends
👤by Victor Akhidenor  0 Comments
Advertisement

Newcastle forward Sammy Ameobi has chosen to represent Nigeria, rather than England, at the senior level.

The 22-year-old has been capped by England at under-21 level, but he will now follow his older brother, Shola, to play for the country of their parents.

“It wasn’t a difficult decision because I decided to follow my heart and I think it’s the right thing to do,” Ameobi told BBC Sport.

“I saw Shola at the World Cup and for him to play at a major tournament like that is a big motivation. It would be nice, but I need to work extremely hard at club level to get the attention of the Nigerian coaches.

“The country has a lot of talent. I just want to do well and hopefully get a chance with the Super Eagles.”

Ameobi made his Newcastle debut in 2011 but could not cement a place in the starting IX and was loaned to Middlesbrough for the second half of the 2012-13 season. He was back at St James’ Park last season but could only make 12 appearances. Now, he knows he needs to do better than that to enhance his national team bow.

“Performing well on a regular basis with your club is the only way to prove yourself,” he said.

“When you give everything and do well, then you’ll fancy your chance to get a call up to the Nigeria squad.”

TWITTER @thecableng
Copyright 2020 TheCable. All rights reserved. This material, and other digital content on this website, may not be reproduced, published, broadcast, rewritten or redistributed in whole or in part without prior express written permission from TheCable.
Tags
EnglandMiddlesbroughNewcastlenigeriaSammy AmeobiSt. James' Park
Advertisement