Sanusi: I’ve earned my stars in every competitive environment 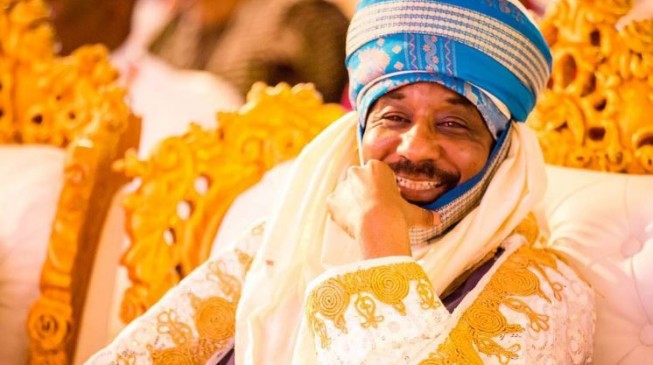 06:28 2018
Print This Article Share it With Friends
👤by Jamilah Nasir  0 Comments
Advertisement

Muhammad Sanusi II, emir of Kano, says he earned his stars in every competitive environment.

In an interview with Financial Times, the outspoken monarch recalled his days as a banker and how he was given central bank governor award four times.

In June 2009, the late President Musa Yar’Adua appointed Sanusi for a five-year term but ex-President Goodluck Jonathan suspended him in February 2014 after the monarch raised alarm on an alleged $20 billion fraud in the Nigerian National Petroleum Corporation (NNPC).

Speaking on his ascension to the throne, Sanusi said: “It was what I’ve always wanted to be. As a Muslim, we believe that God decides who will be emir, then He creates a situation such that circumstances conspire to lead to that predetermined result.

“It’s not for me to say but the kingmakers look at a number of qualities. I spent my life as a successful banker. I taught economics at the university. I worked at an investment bank.

“I was chief risk officer in the two largest banks in the country. I was the CEO of the oldest and largest commercial bank in Nigeria, First Bank. I was the best central bank governor four years out of five. Why would I feel guilty about inheriting privilege? I have earned my stars in every competitive environment.

“I’m the 57th king, but I’m the 14th Fulani emir and the 13th in my line. I grew up here. My father was a crown prince but he was a career diplomat, so I was brought up by a guardian. I have the benefit of having been in and out of this culture, knowing all the traditions of the palace, but also mixing in a more heterogeneous setting.

“It’s important for us to retain our history, to retain our roots. A lot of my writings are progressive. I’ve been involved in such debates as why it is OK to cut off the hand of a man who stole a goat but allow a governor or a minister who stole millions to get away with it.”

TWITTER @thecableng
Copyright 2019 TheCable. All rights reserved. This material, and other digital content on this website, may not be reproduced, published, broadcast, rewritten or redistributed in whole or in part without prior express written permission from TheCable.
Tags
cbnFinancial TimesSanusi
Advertisement