Sanusi: Nigeria projected to remain poverty capital of the world till 2050 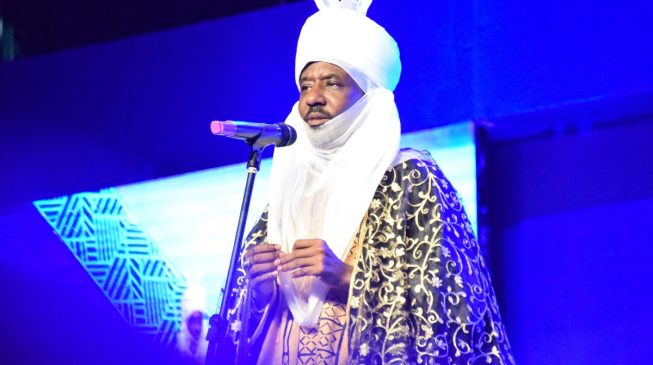 10:32 2018
Print This Article Share it With Friends
👤by Mayowa Tijani  0 Comments
Advertisement

Muhammad Sanusi II, the emir of Kano, says Nigeria may remain the poverty capital of the world till 2050 and beyond.

Speaking at his honorary induction into Sigma Club, at the University of Ibadan over the weekend, the former governor of the Central Bank of Nigeria  said based on current realities, Nigeria and DR Congo will house 40 percent of the world’s poorest people by 2050.

The revered economist said he gathered from the just concluded UN General Assembly that current projections show that Africa will be home to 80 percent of the world’s poorest people.

“If every country continues its present trajectory, by 2050, 80 per cent of all the poor people in the world will live on the African continent,” he said.

“That is not the frightening thing. One half of this 80 per cent will be in Nigeria and the Democratic Republic of Congo. Two countries will account for 40 per cent of all the poor people in the world and Nigeria will therefore remain the poverty capital of the world.”

“In 1960, the per capital income in Nigeria was higher than what it was in South Korea, and China. My father was the first ambassador of Nigeria to China in 1972.

“In 1974, when Deng Xiaoping started opening up in China, there were 700 million Chinese living in extreme poverty. Today, that number is down to only 30 million people in one generation. In 1974, China had only 8million university graduates.

“Today, China has more than 300 million university graduates, more than the entire population of the United States of America. Yet, China did not have direct foreign investments; in fact China stopped it.

“We talk about miracles, ancient miracles. I don’t like the word miracles because miracles are associated with angels with wings that you do not see, coming from the sky. The Chinese are human beings like us and they did it.

“When we say miracle, it sounds like something supernatural that has some certain powers to it. Every time you think about it, the only deficit we have is a policy deficit.”

Sanusi said the politics of 2019 is not interrogating the major issues affecting Nigeria today.

“But we have N1trillion or N2trillion to spend on petroleum subsidies. Where is our sense of what is important, and where is our investment in the future?

“So, for all Nigerians, who care about this country, the real task before us is to know that we have 30 years on the outside in which we need to make sure that we do not become the poverty capital of the world, and slum of the world.”

Earlier in 2018, Nigeria overtook India to become the poverty capital of the world. According to British prime minister Theresa May, 87 million Nigerians are living below the poverty line.

TWITTER @thecableng
Copyright 2020 TheCable. All rights reserved. This material, and other digital content on this website, may not be reproduced, published, broadcast, rewritten or redistributed in whole or in part without prior express written permission from TheCable.
Tags
Muhammadu Sanusi IInigeriaPoverty CapitallSigma ClubUniversity of Ibadan
Advertisement