Sanusi to the rescue as Oando resolves SEC case 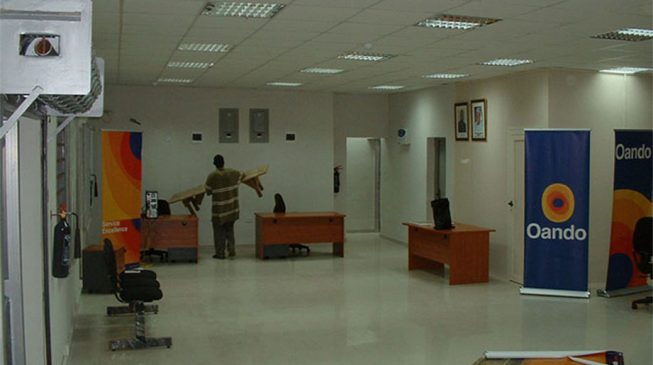 18:46 2018
Print This Article Share it With Friends
👤by Oluseyi Awojulugbe  0 Comments
Advertisement

Muhammadu Sanusi II, emir of Kano, has waded into the dispute between the Securities Exchange Commission (SEC) and Oando Plc.

Dahiru Mangal, a key shareholder in Oando, had submitted a petition to SEC, which led to the suspension of Oando shares on the Nigerian Stock Exchange and Johannesburg Stock Exchange.

SEC had accused the oil company of declaring false profits, vowing to carry out a forensic audit on the company.

But in a statement posted on NSE website on Monday, Mangal said he had withdrawn the petition.

“Following the clarification I have received from Oando’s management team, I have withdrawn my petition to the SEC. I invested in Oando because I could see its potential. It is therefore with excitement that I concur to this peace accord signifying the renewal of our relationship,” the statement read.

On its part, Oando said it recognised Mangal as a substantial shareholder of the company.

“In addition to confirming his status as a substantial shareholder, all the issues raised by Alhaji Mangal in his petition to the Securities and Exchange Commission (‘SEC’) have been successfully addressed and clarified by the company.

“To this end, a Peace Accord mediated by Emir Muhammadu Sanusi II (CON), the Emir of Kano was concluded on January 7, 2018.

Speaking on the matter, Sanusi said Oando is an evidence of the progress made by Nigerian companies in the oil sectors and that all parties to see each other as partners.

“The company is evidence of the progress we have made from an IOC led sector to one that is thriving with a mix of indigenous and international players. I call on Alhaji Mangal and Wale Tinubu to see themselves as partners focused on achieving one goal; attainable only if they have confidence and trust in one another.”

TWITTER @thecableng
Copyright 2019 TheCable. All rights reserved. This material, and other digital content on this website, may not be reproduced, published, broadcast, rewritten or redistributed in whole or in part without prior express written permission from TheCable.
Tags
Muhammadu SanusiOandoSecurities Exchange Commission
Advertisement