‘What are you trying to hide?’ — Senate taunts Malami 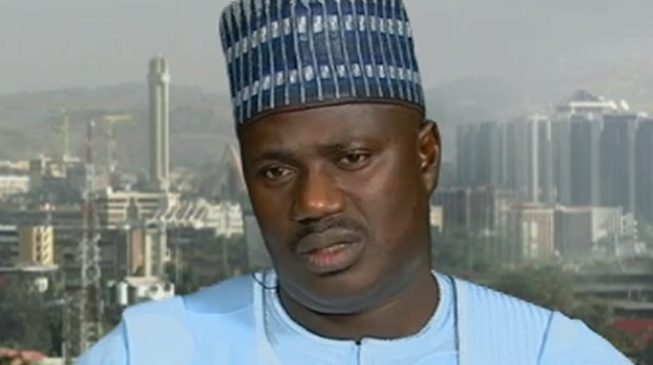 17:36 2018
Print This Article Share it With Friends
👤by Dyepkazah Shibayan  0 Comments
Advertisement

The senate has asked Abubakar Malami, attorney-general of the federation (AGF), to tell Nigerians what he is trying to hide.

TheCable had reported how Malami asked the federal high court, Abuja, to stop the probe into the reinstatement of Abdulrasheed Maina, former chairman of the presidential taskforce of pension.

But the court rejected Malami’s motion.

In a statement on Tuesday, Sabi Abdullahi (pictured), senate spokesman, said the upper legislative chamber is surprised that Malami went to the court to stop the probe by the national assembly after he was given the opportunity to state his case.

Abdullahi commended the court for dismissing his motion and “upholding the principles of separation of powers”.

He said the senate had directed the committee handling the probe to submit its reports on time because “Nigerians would want to know how Maina was recalled”.

“We are wondering what the AGF is afraid of. When he appeared before our committee, he was well received and fairly treated. He indeed expressed his happiness with the protection given to him by the committee handling the Maina case,” the statement read.

“Why then is it very important and urgent for him to stop the investigative hearing? What is the AGF trying to hide Let it be known that the legislature has the power of investigation on all institutions, bodies and individuals, particularly those who access funds that have been appropriated by us.

“We however expressed our commendation to the judiciary for upholding the principles of separation of powers and insisting on fair-hearing. We believe that is the reason why the judge refused to grant the prayers of the AGF yesterday and rather insisted that the national assembly should be put on notice and served all the court processes so that we could enter our own defence.

“While we respect the position of the court and would respond accordingly, the senate has further directed the committee investigating the Maina issue to expedite action and submit their reports on time. The senate believes Nigerians are interested in knowing the how, who, why and where of what is now known as the ‘Maina Gate’. We definitely will not allow those who want the facts buried to prevail.”

TWITTER @thecableng
Copyright 2020 TheCable. All rights reserved. This material, and other digital content on this website, may not be reproduced, published, broadcast, rewritten or redistributed in whole or in part without prior express written permission from TheCable.
Tags
Abdulrasheed MainaAbubakar Malamifederal high court Abujasenate
Advertisement