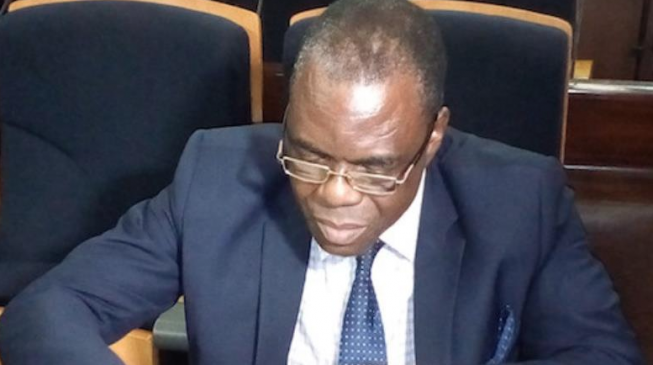 13:40 2019
Print This Article Share it With Friends
👤by Dyepkazah Shibayan  0 Comments
Advertisement

The senate has confirmed the appointment of John Tsoho as the chief judge of the federal high court and that of Benedict Kanyip as the president of the National Industrial Court (NIC).

Both judges were nominated by President Muhammadu Buhari.

The president asked the senate to confirm their appointment following the recommendation of the National Judicial Council (NJC).

The judges were confirmed after Opeyemi Bamidele, chairman of the judiciary committee, presented two separate reports to the chamber on Tuesday.

Bamidele said besides their qualifications, both men have the needed experience and that they can “uphold the dignity of the court”.

The lawmaker said there was no petition against Tsoho.

He described Kanyip as “an eminent jurist and consummate academic”.

Commenting on nominations, Senate President Ahmad Lawan said the judiciary could do better than it did in the past.

“We believe that we can do better than we have in the past,” Lawan said.

“We should look for resources to better poise the judiciary.”

TWITTER @thecableng
Copyright 2020 TheCable. All rights reserved. This material, and other digital content on this website, may not be reproduced, published, broadcast, rewritten or redistributed in whole or in part without prior express written permission from TheCable.
Tags
Benedict KanyipJohn TsohoMuhammadu Buharisenate
Advertisement