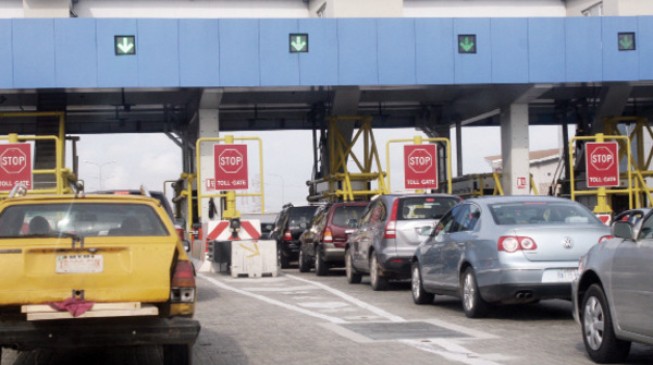 14:23 2016
Print This Article Share it With Friends
👤by Fredrick Nwabufo  0 Comments
Advertisement

‎The senate on Tuesday passed a motion seeking to restore toll gates on all federal roads.

In the motion, Suleiman Nazif, a senator from Bauchi north, who sponsored it, expressed dismay over the state of roads in the country, saying they had become a “national shame and embarrassment”.

He said the re-establishment of toll‎ gates would solve “the nation’s generally dilapidated road networks”.

“Besides revenue generation, the presence of toll gates, which are normally managed by armed security agents, provides a level of safety for road users,” he said.

‎He, therefore, urged the senate to “constitute an ad-hoc committee to carefully study the toll-gate policy toget‎her with other relevant stakeholders on effective and efficient ways to carry out the policy aimed at producing a holistic package to generate adequate funds for road construction and maintenance, and the money realised should be judiciously utilised in order to restore confidence in the masses”.

After a brief debate on the motion, Ike Ekweremadu, deputy senate president, who presided over the session, called for a voice vote, and the senate voted overwhelmingly for it.

Toll gates on federal roads were removed by the Olusegun Obasanjo administration in 2004.

TWITTER @thecableng
Copyright 2020 TheCable. All rights reserved. This material, and other digital content on this website, may not be reproduced, published, broadcast, rewritten or redistributed in whole or in part without prior express written permission from TheCable.
Tags
senateSuleiman Naziftoll gate
Advertisement