How Shagari picked Ekwueme as VP 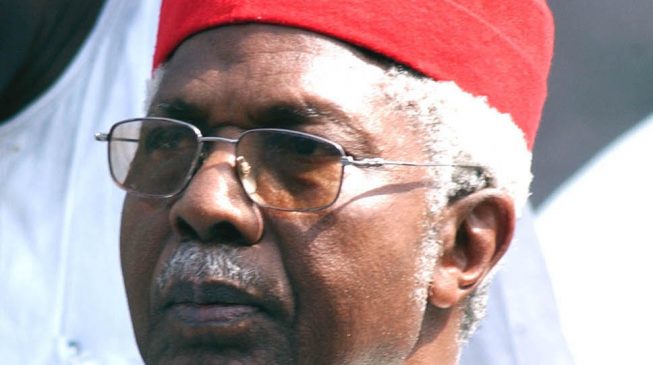 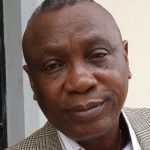 On September 20 1978, the National Party of Nigeria was formed at a hall at the Satellite Town, Lagos. Protem officers were later appointed for the party. Alhaji Muhammed Aminu Kano (1920-1983) was made interim Publicity Secretary but he opted out and went to form The People’s Redemption Party(PRP) along with Mr. Samuel Gomsu Ikoku, Alhaji Abubakar Rimi, Kanmi Ishola Osobu(People’s Lawyer),Alhaji Sule Lamido, Alhaji Balarabe Musa, Dr. Junaid Muhammed, Alhaji Sabo Barkin Zuwo and others.

The objectives and aims of the party were to maintain and protect the unity and sovereignty of Nigeria as one indivisible entity, to promote unity, solidarity harmonious co-existence amongst all Nigerians irrespective of their religious, tribal and other differences, to uphold federalism as a form of government for Nigeria, to ensure the practice and maintenance of democracy, the rule of law and social justice in the Federal Republic of Nigeria.

On September 30, the Federal Electoral Commission (FEDECO) headed by a veteran civil servant, Chief Michael Ani approved six political parties to contest the 1979 elections. Chief Michael Nsa Ani was a two time chairman of FEDECO who tried to serve National interest as perceived by him. In 1965 the then, Prime Minister, Sir Abubakar Tafawa Balewa appointed Chief Ani as chairman of FEDECO after which the ARMY overthrew the government in 1966. In 1976, General Olusegun Obasanjo appointed him to the same position following the recommendation of one of those who worked under Chief Ani but who later became the Secretary to the Government of the federation during the tenure of General Murtala Muhammed and General Olusegun Obasanjo, that is, Chief Allison Akede Ayida.

On October 5 1978, the NPN held an emergency meeting in Lagos and zoned the Presidency to the North, the Vice Presidency to the East Central zone—now made up of Imo, Anambra, Ebonyi, Abia and Enugu states. The party zoned the speakership of the House of the Representatives to the Middle Belt, which did not come to pass later following the NPP/NPN accord. The Senate Presidency was zoned to Bendel, Cross Rivers and Rivers states which we now refer to as South- South zone and the Chairmanship of the party to Lagos,Oyo,Ogun and Ondo state which we now refer to as South West. It was a controversial decision at that time.

One of the founders of the party, Dr. Kingsley Ozumba Mbadiwe (1915-1990), a former Minister under the then Prime Minster, Alhaji Tafawa Balewa, donated his house at Jibowu street,Yaba to serve as Party Headquarters. Dr. Mbadiwe alias MAN OF TIMBER AND CALIBRE was from Arondizuogu under Orlu division in the present Imo state. While at Baptist Academy Lagos and Igbobi College, Lagos, his colleagues were Chief Samule Ladoke Akintola, Chief E.E. Esau, Justice Taslim Elias, Horatio Thomas and Justice F.O. Coker.

On December 12 1978, the party held its convention at the now dilapidated Casino Cinema, Yaba, Lagos to select its Presidential Candidate. The Chairman of the Convention was Chief Anthony Eromosele Enahoro(1923-2010). 2,235 candidates attended the convention from all over the country. At the convention over 500 journalists covered the event. The American ambassador to Nigeria, Mr. Donald B. Eaasum as well as his British counterpart Sir Sam Falle sent representatives to the convention which was interpreted at that time, that the NPN was indeed government in waiting.

At the Convention, Chief Meredith Adisa August Akinloye(August 19, 1916- September 18, 2007) was selected as the National Chairman of the Party. He came in company of Alhaji Lamidi Ariyibi Akanji Adedibu(1927-2008) who was then one of his aides. Chief Akinoye alias Egunjemi was the Seriki of Ibadanland. He was instrumental to the formation of the first ever political party in Ibadan called Ibadan Peoples Party (IPP) which he served as its president, with Adegoke Adelabu as his deputy.

His IPP party later merged with the Action Group, led Obafemi Awolowo to form the first government in the Western Region of Nigeria, in which Akinloye was appointed the Minister of Agriculture and Natural Resources. During the second half of the 1950s he was elected Chairman of Ibadan City Council. During the Western Region Crisis in the early 1960s, he left the Action Group for Chief Samuel Ladoke Akintola’s newly formed Nigerian National Democratic Party and served in the cabinet led by the then Prime Minister, Abubakar Tafawa Balewa (1912-1966).(The government was overthrown in a military coup on 15 January 1966.

TWITTER @thecableng
Copyright 2020 TheCable. All rights reserved. This material, and other digital content on this website, may not be reproduced, published, broadcast, rewritten or redistributed in whole or in part without prior express written permission from TheCable.
Tags
Alex Ekwuemeshehu shagari
Advertisement