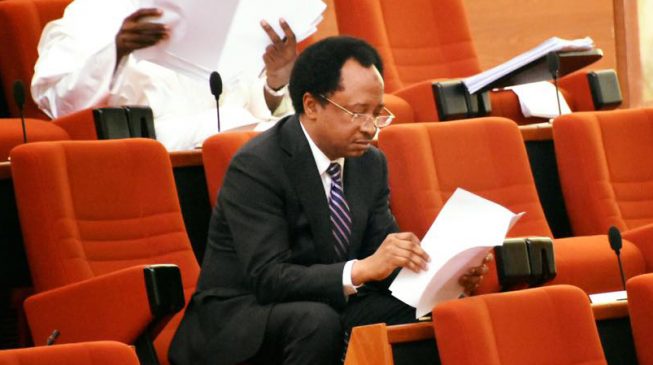 19:36 2018
Print This Article Share it With Friends
👤by Ebunoluwa Olafusi  0 Comments
Advertisement

This was made known in a statement by Suleiman Ahmed, his special adviser on political and ideology, on Tuesday.

On Sunday, Sani resigned his membership of the ruling All Progressives Congress (APC).

“It has become impossible for the senator to continue to co-habit with reactionaries and their perfidious and inimical style of politics,” the statement read.

“Senator Sani maintains the highest respect and honour for President Muhammadu Buhari. However, we prefer to live in a Cottage of Honour than a mansion of shame.

“Senator Sani is now free from the toxicity and infamy APC existentially represents. We left the APC for the emperors and their lackeys.”

Confirming the news to NAN, Tom Maiyashi, chairman of the PRP in Kaduna, said Sani is now a member of the party.

Maiyashi said the lawmaker had been duly registered and offered membership card of the party.

Sani took the decision to dump the APC following the controversies which trailed the party’s primaries for the 2019 elections.

The national working committee (NWC) of the APC had cleared Shehu Sani as the only candidate for the senatorial district but Nasir el-Rufai, governor of the state, kicked against it.

Subsequently, a primary election was conducted in the district and Uba Sani, the preferred candidate of el-Rufai, was declared winner.

The serving senator had boycotted the primary and filed an appeal and the party upheld his appeal but the name of el-Rufai’s candidate was sent to the Independent National Electoral Commission (INEC).

TWITTER @thecableng
Copyright 2020 TheCable. All rights reserved. This material, and other digital content on this website, may not be reproduced, published, broadcast, rewritten or redistributed in whole or in part without prior express written permission from TheCable.
Tags
APCPeople's Redemption Partyshehu sani
Advertisement