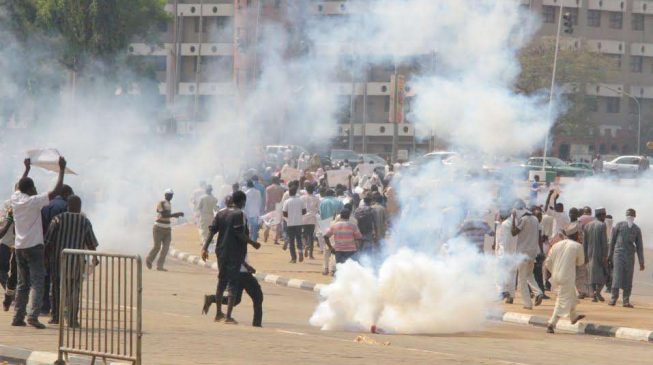 16:26 2018
Print This Article Share it With Friends
👤by Oluwatoyin Bayagbon  0 Comments
Advertisement

The Islamic Movement in Nigeria (IMN) has listed the names of 34 of its members who were allegedly shot dead by soldiers between between October 27 and October 30.

Members of the sect clashed with soldiers in Abuja last week.

In a statement on Sunday, the group accused soldiers of murder, demanding an investigation into the matter.

The IMN said the list would be updated to accommodate the names of others yet to be identified.

The group said most of the dead were buried in Zaria, Kaduna state, while family members claimed the bodies of others.

The defence headquarters had said only three Shi’ites were killed during violent protests, saying the army only acted in self defence.

Here is the list of the 34 Shi’ite protesters allegedly killed by soldiers:

TWITTER @thecableng
Copyright 2020 TheCable. All rights reserved. This material, and other digital content on this website, may not be reproduced, published, broadcast, rewritten or redistributed in whole or in part without prior express written permission from TheCable.
Tags
Army Shi'ite clashibraheem el zakzakyIMNShiite
Advertisement