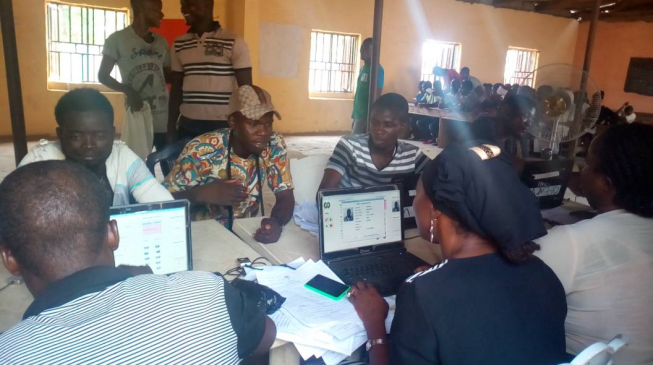 12:25 2018
Print This Article Share it With Friends
👤by Chinedu Asadu  0 Comments
Advertisement

Inside the classroom block located at the far end of the school, there are about 200 persons seated, waiting to register as voters. There are also officials of the Independent National Electoral Commission (INEC), and local security operatives hovering around the prospective voters like a swarm of bees. The school is Central Pilot Primary School, Karu in Nasarawa state, one of the designated centres for the ongoing voter registration exercise.

Left quite forlorn of hope, they stare into nothingness. Although many of those at the centre have been waiting since morning – some as early as 8am – the reporter was attended to barely 10 minutes after arrival in the afternoon. It was 3:12pm on Friday. The registration was devoid of hitches or delay, but it came at a price. The reporter parted away with N500 – for “hasty and guaranteed” registration process. With the 2019 general elections on the horizon, the business of voter card racketeering is booming in some parts of the country. In Karu, officials of INEC are smiling home every day from this brisk but illegal business.

MONEY IN EXCHANGE OF PVC 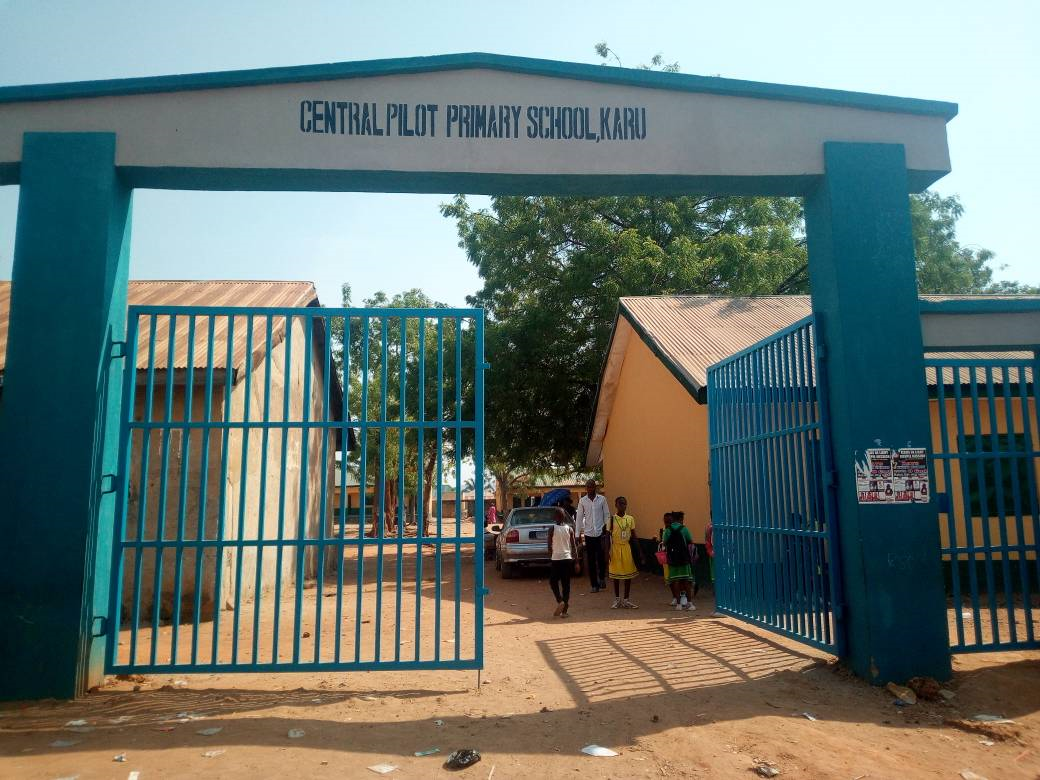 The school where the registration is being done

Jude Nna (not real name) happens to be one of those Nigerians passionate to exercise their franchise and “vote out unqualified leaders”. But there is the challenge of not having time to go and register as a voter.

He gave TheCable the hint of the illegal activities of electoral officials.

“My friend told me about a place in Karu where he went to get his own (card) under 24 hours after paying N500. He later directed me there and true to his words, getting it was not difficult at all,” he told TheCable.

But it is not as easy as it sounds because, according to him, there are “chains of persons involved. You can’t just go and tell them you want to pay to get your own”.

“The whole thing is coded and very sharp,” he said. He also said to avoid being exposed, the agents move from one location to the other.

AN ENCOUNTER WITH THE SYNDICATE

TheCable reporter was able to get the contact of a young man simply identified as Chidubem, one of the agents said to be working with the INEC staff involved in the illegal deal.

“Who be this? Who gave you my number?” were the words of Chidubem when he was contacted by this reporter.

Fast-forward to the agreed day of registration, Chidubem’s chosen place was “Sharp corner” in Maraba (the boundary between Abuja and Nasarawa), opposite DSTV plaza. Without wasting time, he took this reporter through the line of shops in the area and finally entered into a shop where motorcycle parts are sold. The place is owned by a man identified as chairman. He coordinates the PVC racketeering.

Pleasantries done, chairman – who is later discovered to be the chairman of the traders at Sharp Corner – brought out a notebook and flipped through pages filled with names; names of previous customers. He writes the reporter’s name. Next he asked with an authoritative tone, “your money?” The reporter paid and was asked to wait outside. “Someone will come and take you there,” chairman said. 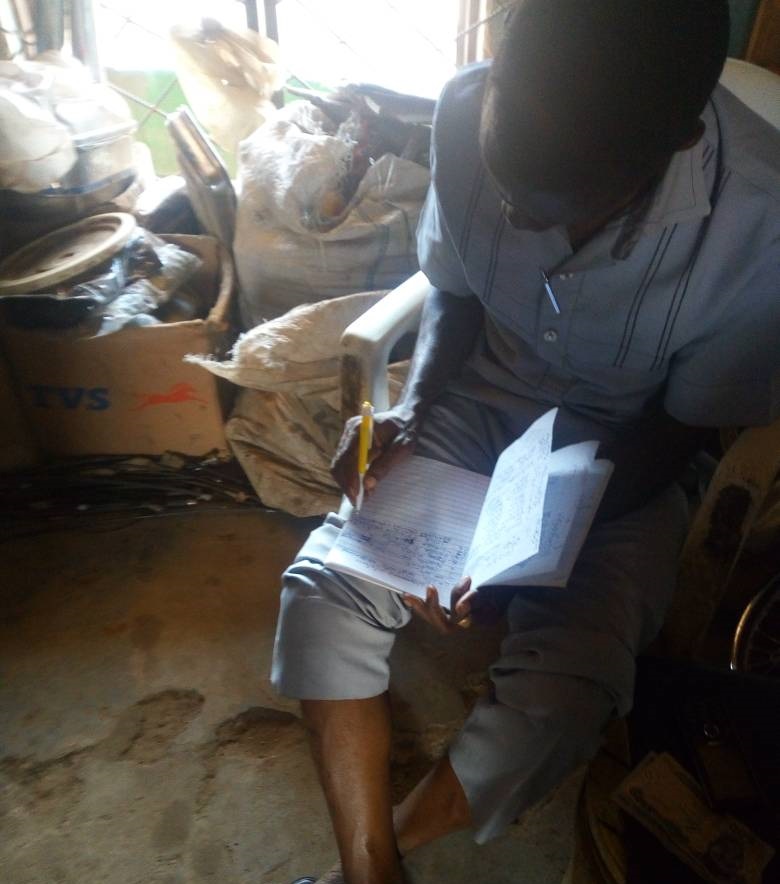 Chairman writing the reporter’s name in his register

In the course of waiting, Chidubem talked more about the business and what to expect at the ward.

“There are other agents too, apart from me…when I get someone, I will bring the person here to pay N500 to this man (chairman), there is a note he will give you containing the name of the person you are to meet and his contact. You will call the person when you get to the registration centre,” he said.

Chidubem continued in a mixture of Igbo and pidgin: “If you get there, they could be many and some of them will even stay up to two, three weeks and haven’t got theirs. But once you reach, the man will attend to you. You will then get your own (temporary voter card) this evening or tomorrow morning.”

“What if I get there and people being attended to are many,” the reporter asked, to which he replied: “The N500 you are paying is to make it fast for you. It’s like a guarantee.  Don’t ask anybody anything when you reach there, just call the man, he will do yours for you. Towards evening, he will bring the cards for all those that have done, here (at chairman’s shop). You will then come and pick yours here.”

Upon further inquiry, it was discovered that a good number of those “patronising” the agents are coming from Abuja, not minding having to vote in a location different from where they live during election. The INEC officials involved move from one ward to the other.

“It was after you called me that I persuaded him (one of the officials) to wait,” Chidubem said, “he said they have other places where they will be throughout next week.” 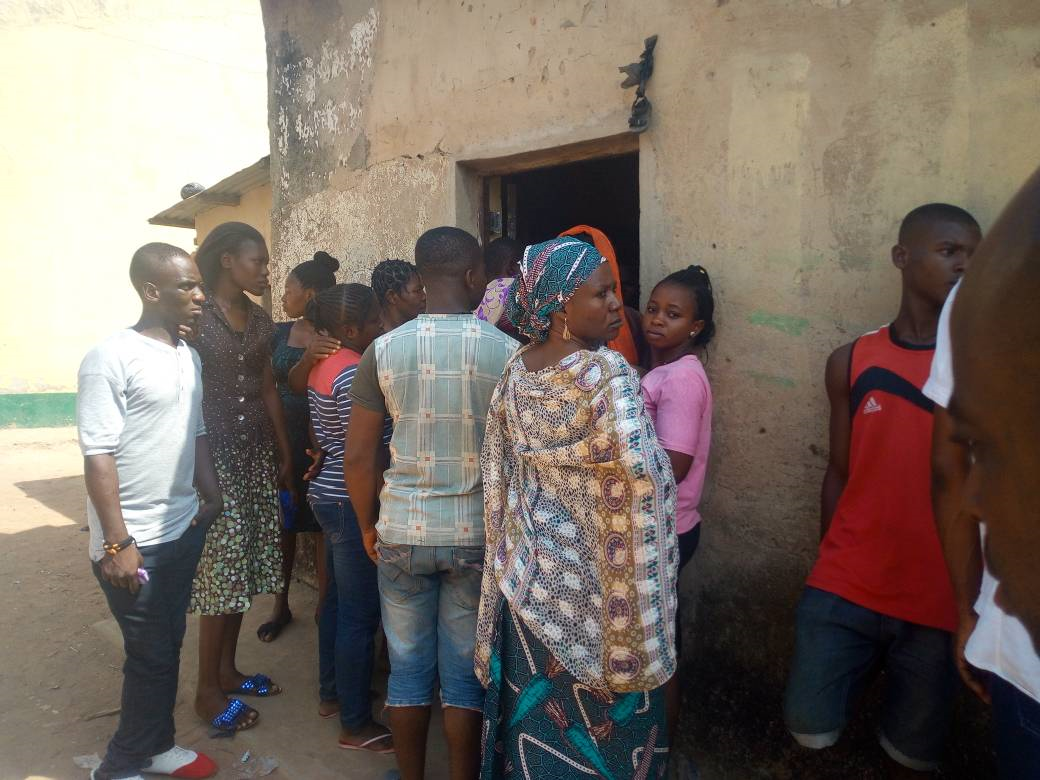 Getting to Karu, the location of the school being used for the registration exercise was not that difficult; it took about 20 minutes, passing through Ado, located after ‘One man’ village. At the school, the reporter calls one Christian Odoh, the INEC official allegedly coordinating the racketeering at the centre. Chairman’s instructions were clear: “When you reach there, tell him (Odoh) that you are from Mr. Dim, Chairman, Sharp Corner. If he asks you whether it is only you, tell him others are coming.”

The first thing noticed within the school premises was how some persons took cover in some shades, resting and looking stranded, with little or no hope of getting registered that day.

Inside, there are about 200 persons waiting to be attended to, three local security operatives and five staff of INEC – one of them, the supervisor: tall, fair and slim.

Here is the usual process for the registration: You enter and sit beside the last person that came in. Shortly after, you are given a form which you are to submit to one of the security operatives after filling it and wait till you are called.

But none of that stood in the way of this reporter and another man who had also paid the illegal registration fee. About seven minutes down the line, Odoh beckons to the second man to come forward for his registration, a development that apparently infuriated most of those waiting – if looks could kill, Odoh might have ceased to exist that moment. Furious eyes darted his way.

It was in the process of registering the second man that the reporter sneaked out and while outside, a few of those waiting to register told him their horrible experience. The reporter did not register at the centre because he already has a PVC and double registration is against the law. INEC has vowed to prosecute a serving governor who registered twice. 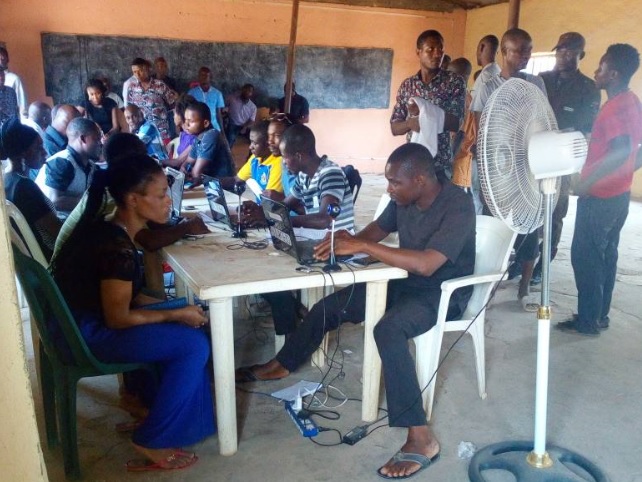 THE ‘BUSINESS’ ALSO SPREADS TO OTHER PARTS OF THE COUNTRY

TheCable gathered that apart from the identified centres in Abuja and Nasarawa, the sale of PVCs is also being done in Lagos and Edo states.

Recounting an experience involving his wife, one Oluwa Igah spoke of how INEC officials demanded N500 to register at a ward, which he failed to disclose, in Dopemu, Alimosho local government area in Lagos. He said the officials later brought down the fees to N200 but the wife rejected the deal. TheCable could not trace this particular ward.

The situation is said to be the same in some centres in Edo where some centres mandate prospective voters to pay before collecting their voter cards, bringing up various reasons as justification. One Abu V.I.C. narrated, on Twitter, how he was asked to pay N500 where he had gone to register as money to use an “open file.” He said he was forced to pay the money “because I need my PVC come 2019”.

ANY HOPE FOR TRANSPARENCY?

The implication of the sale of PVCs to Nigerians could be far-reaching. While, like the case of Igah’s wife, some are asked to pay before collecting their cards, some others, like Abu, are not even allowed to register at all.

In February, INEC had said a total of 250,000 PVCs were yet to be collected by registered voters in the federal capital territory (FCT). Who knows, maybe some of the PVCs belong to people like Igah’s wife who are not ready to pay to get theirs.

When contacted, Osaze Uzzi, INEC director of voter publicity, told TheCable that the commission is not aware of the findings but promised to investigate with available evidence.

He said: “What we do is to encourage people to report cases where such is happening so we can report to security agencies or send our monitors to observe those kind of things. It probably is not an INEC staff that is involved. We had a case in Lagos which when we investigated, we found out that the centre is a local government office and it was actually security people and people hanging around that are collecting money.”

Uzzi also referred to a case where some staff of the commission in Taraba state were allegedly involved in the double registration of some voters and were reported to security agencies. He added that INEC partners with security agencies to prevent cases of extortion of voters.

“We also don’t want people giving our staff money or undue favours. That is why we insist you keep a list and give numbers so that you attend to people as they come. First come, first serve,” he said.

TWITTER @thecableng
Copyright 2020 TheCable. All rights reserved. This material, and other digital content on this website, may not be reproduced, published, broadcast, rewritten or redistributed in whole or in part without prior express written permission from TheCable.
Tags
abujaEdoelectionsINEClagosnasarawaPVCvoter registration excercise
Advertisement