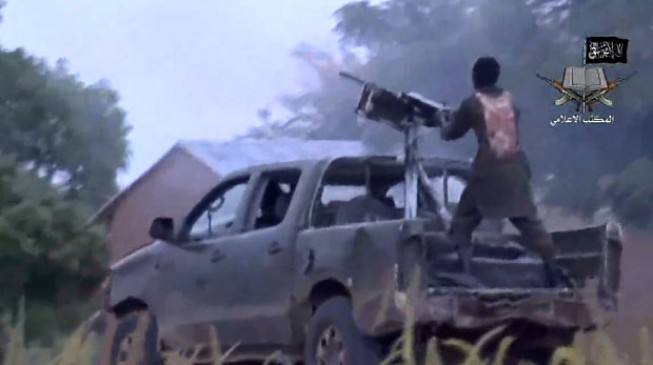 09:00 2020
Print This Article Share it With Friends
👤by Femi Owolabi  0 Comments
Advertisement

Residents told TheCable  that Joel Fali, 16 years, and Kwakwi Fali, 14 years, were the siblings who lost their lives in the attack.

Yusuf Yakubu, a 35 year old farmer, was also killed. The insurgents, one of the residents said, came into the village around 8:30pm on Friday, shooting sporadically and burning houses.

“Everybody started running for their lives when our village came under attack Friday night,” he said.

“Two of our school children, Joel and Kwakwi were killed with in the shots fired. One of them from Junior Day Secondary School, and the other from Senior Secondary School. They are of same parents. Yusuf Yakubu, a farmer was killed too.

“The insurgents spent a few hours, and about seven houses were burnt.”

A resident said the insurgents had left before soldiers from the 117 task force battalion in Chibok arrived.

Payasatan Bilaburdar is about 15 kilometres away from Chibok town which has been attacked by insurgents at different times.

The latest attack comes two days after the insurgents attacked Michika, a town in Adamawa state.

A north-east resident had told TheCable that his sister was trapped as a result of the attack.

Insurgents have been attacking communities across the north-east despite the federal government’s position that Boko Haram has been “technically defeated”.

On Christmas eve, a faction of Boko Haram affiliated to the Islamic State, killed 11 Christian captives in Borno, saying the action was taken to avenge the deaths of Abu Bakr al-Baghdadi, IS’ late leader and Abul-Hasan Al-Muhajir, its spokesman, who were killed in Syria in late October.

Sagir Musa, army’s spokesman, did not immediately respond to a message seeking his reaction over the Chibok village attack.

Residents, however, told TheCable that normalcy had returned to village Saturday morning as soldiers are now on standby.

TWITTER @thecableng
Copyright 2020 TheCable. All rights reserved. This material, and other digital content on this website, may not be reproduced, published, broadcast, rewritten or redistributed in whole or in part without prior express written permission from TheCable.
Tags
boko haramchibokNigerian ArmyPayasatan Bilaburdar
Advertisement