Smart Adeyemi: Banks now offering me loans after turning me down 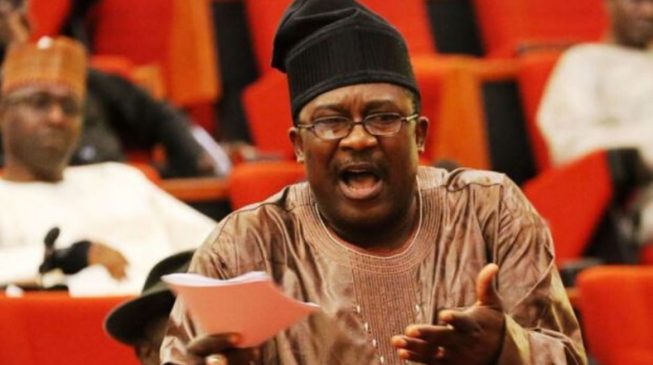 16:36 2019
Print This Article Share it With Friends
👤by Dyepkazah Shibayan  0 Comments
Advertisement

Smart Adeyemi, senator representing Kogi west, says some commercial banks are offering him loans because he has returned to the senate.

Adeyemi, who was sworn in last week, said this on Wednesday while contributing to a motion on Nigeria’s unemployment.

While contributing to the debate, Adeyemi said the banks had refused to give a loan while he was out of office and engaging in business.

“Yesterday Mr president, Ii was in my house, more than four different banks came to me and were telling me to fill forms and take money, just because I am back to the senate. These are people I spoke to some months back to appeal to them to give me facility to run my business but they were not forthcoming,” the senator said.

“In essence, banks in Nigeria, they have contributed in no small measure the problem of unemployment in Nigeria.

“They refused to give faculty to small scale industry but when they see you as a politician, Nigerian banks are easily available to you.”

The lawmaker said the country’s unemployment situation is a “serious problem.”

“This is an issue that all of us should take us take seriously by proffering solutions in reducing unemployment in our country,” Adeyemi said.

“One of the major achievements of our governments, was the efforts of President Muhammadu Buhari is making sure the iron and steel complex is back to business.

Dino Melaye had sent Adeyemi out of the senate in 2015. Adeyemi also lost to Melaye in the 2019 general election but he filed an appeal in court and Melaye’s victory was annulled while the Independent National Electoral Commission (INEC) was asked to conduct a rerun election.

Adeyemi was declared winner of the election.

TWITTER @thecableng
Copyright 2020 TheCable. All rights reserved. This material, and other digital content on this website, may not be reproduced, published, broadcast, rewritten or redistributed in whole or in part without prior express written permission from TheCable.
Tags
banksLoanssenateSmart Adeyemi
Advertisement