Smart Adeyemi: Kogi west will decide between maturity and recklessness 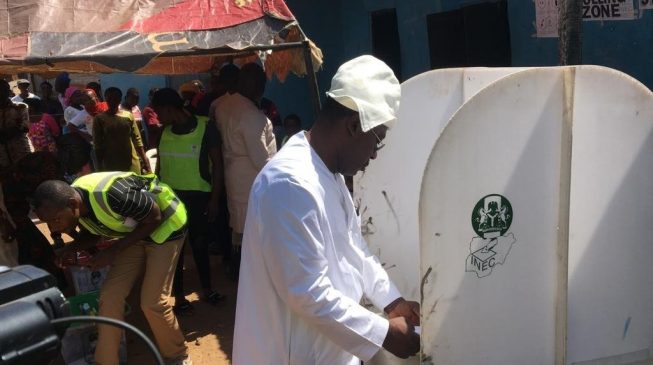 13:46 2019
Print This Article Share it With Friends
👤by Chinedu Asadu  0 Comments
Advertisement

Smart Adeyemi, candidate of the All Progressives Congress (APC) in the Kogi west senatorial rerun, says the electorate will decide between “maturity and recklessness” in choosing their senator.

The APC candidate is participating in the rerun alongside Dino Melaye of the Peoples Democratic Party (PDP).

He also said the PDP did not campaign in the state either for the rerun or the governorship election.

“The senatorial election is a unique opportunity for them to decide who they are going to vote and who will represent them,” he said.

“Politics in this senatorial district and Nigeria in general is now synonymous with integrity.

“So the people will have to decide between the two of us who are running this election, who is most qualified to represent them with sense of responsibility and maturity, not recklessness and displaying illegal accumulation of wealth.

“I am sure by the end of the day, the people will decide who will represent them between good and bad, and between responsibility and irresponsibility; between solid morale foundation and misguided utterances.”

He added that when he was appointed to lead the governorship campaign in the state, he expected a robust campaign from the PDP “but unfortunately, the main opposition seems to be sleeping”.

“Even as as yesterday, you hardly see their poster or vehicle. They did not campaign,” he added

TWITTER @thecableng
Copyright 2020 TheCable. All rights reserved. This material, and other digital content on this website, may not be reproduced, published, broadcast, rewritten or redistributed in whole or in part without prior express written permission from TheCable.
Tags
Dino MelayeKogiSmart Adeyemi
Advertisement