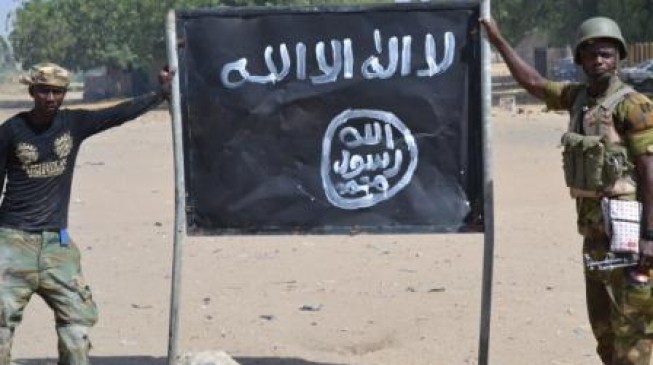 10:07 2018
Print This Article Share it With Friends
👤by TheCable  0 Comments
Advertisement

Suspected members of the Boko Haram sect have reportedly killed security operatives and some UN aid workers in Rann, a community in Borno state.

Rann is the headquarters of Kala Balge local government area of Borno state. Last year, over 100 people were killed in an accidental strike on an internally displaced persons (IDP) camp in the community.

The air force, which later apologised for the tragic incident, said it got information that Boko Haram insurgents assembled at a spot in Rann.

The attackers were said to have stormed the town with sophisticated weapons.

A source told TheCable that the insurgents overran a military base and killed at least four soldiers.

Four policemen were also reportedly shot dead, while three humanitarian workers were said to have been killed and others sustained injuries.

A female nurse was also abducted.

Samantha Newport, head of communications, UNICEF Office for Coordination of Humanitarian Affairs (OCHA), confirmed that some aid workers were killed.

Two of the aid workers who died were contractors with the International Organization for Migration, working as coordinators at a camp for 55,000 displaced people in Rann, the United Nations said.

The third was a doctor employed as a consultant for UNICEF.

“We call on authorities to ensure the perpetrators are brought to justice and account,” Edward Kallon, the U.N. Humanitarian Coordinator in Nigeria, said in a statement.

Newport said all the aid workers were Nigerian nationals.

Editor’s note: This story has been updated to reflect that those killed in the attack are not officials of the Red Cross as previously indicated

TWITTER @thecableng
Copyright 2020 TheCable. All rights reserved. This material, and other digital content on this website, may not be reproduced, published, broadcast, rewritten or redistributed in whole or in part without prior express written permission from TheCable.
Tags
boko harambornoRann
Advertisement