Some ministers ‘have to leave’ for Buhari’s govt to succeed 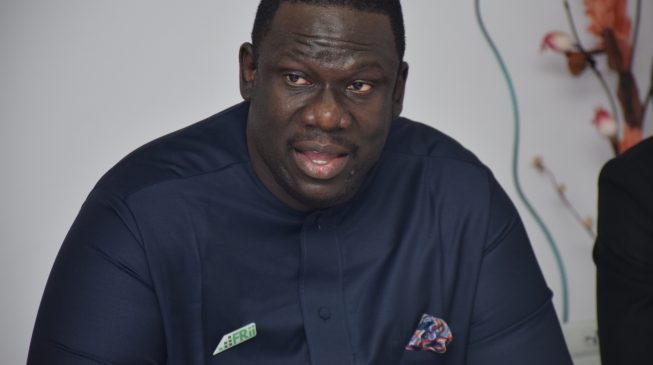 04:02 2018
Print This Article Share it With Friends
👤by TheCable  0 Comments
Advertisement

Lai Omotola, group managing director of CFL group, says some ministers in President Muhammadu Buhari’s cabinet have to go for the government to succeed.

Omotola said this during an interactive session with journalists in Lagos on Thursday.

He said some policies of the current administration have had negative effect on the country, adding that to say the economy is challenged is an understatement.

“The truth of the matter is that our economy is dangerously moving downwards. Every nation depends on a strong economy to have peace. Nigeria cannot be an exception. The current economic challenges we face are caused by four ministers and a governor,” he said.

“I don’t have to know everything about the economy but I should be able to spot people that know and will deliver.”

Omotola also faulted President Muhammadu Buhari on the economy, listing steps he feels the president ought to have taken.

“The issue of economy is the major weakness of our president and it’s too late for him to acquire the skills,” he said.

“There’s nothing so difficult about the economy of Nigeria. The Nigerian economy is an economy that is simple to handle and you asked what I would do differently.

“First thing I will do is to sack these ministers… the president of the nation that was voted for must have a blueprint, an economic philosophy that the CBN must align with.”

Still on the economy, Omotola said economy prosperity cannot be based on a “cut and paste of IMF and World Bank economic model”.

“The model is hinged on heavy investment on infrastructure. In as much as this is good, the impact on our economy has been little. The problem is that we can not just say to ourselves that by just doing one thing, the economy will come out better,” he said.

“When you listen to this government reel out its achievements, the first thing they mention is infrastructure.”

He also lamented over the effect of government policies on the private sector.

“The purchasing power of people has been greatly eroded. Today, our economy has been reduced to a pedestrian/penchant economy as exemplified by trader moni of N5,000,000.00.”

Omotola highlighted what he considered as loopholes in the transportation sector, saying for the Nigerian economy to be buoyant, we must possess the ability to move persons and goods without let or hindrance.

“Transportation must be seamless, integrated and efficient. Today, the only thing we hear from ministry of transportation is rail and yet major rail projects that will catapult the economy remain comatose,” he said.

“We have embarked on rural rail projects that cannot be seen by urban people that contribute majorly to the GDP.

“Take a look at the rail corridor at our port. The port that brings the most revenue and all we see are rhetoric and drama. For close to four years, there is no transportation reform and no master plan.”

He also reeled out the achievement of his company, saying they have made significant progress despite the current state of the economy.

“In the beginning of 2018, we continued with the construction of our two major projects – Triangular Business Place, Lekki and Omotola Plaza, Ikeja, to the glory of God, we are 90 percent done with these two projects,” he said.

“On our flagship project, the Alade Mall, we have been able to take full possession of the site and clear the site of every encumbrance. Unfortunately, we are unable to commence construction as a result of our inability to complete our financial structure.

“But the good news is that just yesterday we got a green light from our financiers. Consequently, we are optimistic that we shall commence construction at the beginning of first quarter of 2019.

“Also, we commenced our entrepreneurship programme on radio in the course of the year. the building where we are seated today, is the E-Boot Camp, our training centre for entrepreneur which will be commissioned tomorrow.”

TWITTER @thecableng
Copyright 2020 TheCable. All rights reserved. This material, and other digital content on this website, may not be reproduced, published, broadcast, rewritten or redistributed in whole or in part without prior express written permission from TheCable.
Tags
CFL groupEconomyLai Omotola
Advertisement