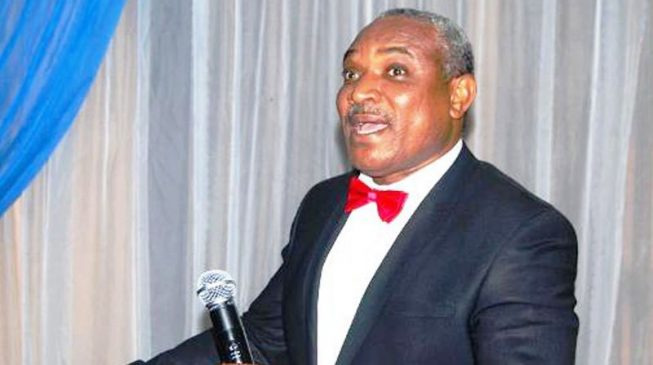 19:24 2019
Print This Article Share it With Friends
👤by Femi Owolabi  0 Comments
Advertisement

The Foundation Against Fraud, Indiscipline and Corruption (FAFIC) and the Buharists Hangout (BHO) say there are attempts to frustrate the works of the Special Presidential Investigation Panel on recovery of Public Property (SPIP).

In a statement, Uche Diala, FAFIC lead, and Efe Williams, BHO director of operations, said despite the successes being recorded by the panel led by Okoi Obono-Obla, they are are aware of moves to hamper or slow down the activities of the SPIP.

The groups said they have kept their searchlight on the activities of agencies and institutions charged with prosecuting the anti corruption war, and SPIP has continued to record milestones in unravelling corrupt conduct.

“We are aware of uncomfortable developments which seem to hamper or at least slow down the activities of the panel. These include the take over of certain cases by the Office of the Attorney General of the Federation,” the statement read.

“Notable among them is the case by the panel against a former Senator and APC Governorship candidate in the 2019 General election – Senator Hope Uzodinma of which nothing has been heard thereafter.

“On August 4, 2019, Punch Newspapers reported that Police personnel (over 40) drafted to work for the Special Presidential Investigative Panel on Recovery of Public Property were summoned to an urgent meeting with the Inspector-General of Police on Friday, August 2, 2019 vide a letter dated July 31, 2019 and addressed to the Chairman of the SPIP, Chief Okoi Okono-Obla, with reference number CB:4001/IGP.SEC/ABJ/ VOL. 114/518. The summons was reportedly prompted by a petition written by a suspect being investigated by the panel.

“We are equally aware that yesterday, 10th August 2019, there was an attempt to shut down the offices of the Presidential Panel situated at Asokoro Abuja on what was referred to as ‘orders from above’ on the premise that the Panel has been disbanded.”

They wondered if there are people that are uncomfortable with the works of the SPIP, asking why the relentless push back against the SPIP and Obono-Obla.

“Is it because he is stepping on big toes or could it be because of his (Obono-Obla) religion or where he comes from?” they asked.

“Is the president aware of all that is going on with and around the panel? Are we really serious about the war against corruption? It should be noted that the SPIP is established by the Recovery of Public Property Special Provisions Act of 2004 and the responsibilities and powers of the panel are clearly spelt out in Section 2 (1) a, b, c of that law.”

They called on the president, the police, ministry of justice and other relevant agencies to urgently investigate the matter with a view to protecting SPIP and strengthening it to carry out its duties.

TWITTER @thecableng
Copyright 2020 TheCable. All rights reserved. This material, and other digital content on this website, may not be reproduced, published, broadcast, rewritten or redistributed in whole or in part without prior express written permission from TheCable.
Tags
Okoi Obono-Oblapecial presidential investigation panel on recovery of public property
Advertisement