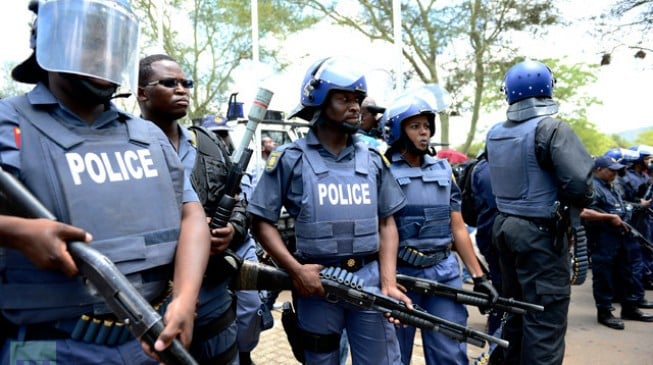 14:40 2019
Print This Article Share it With Friends
👤by Ebunoluwa Olafusi  0 Comments
Advertisement

Austin Luciano Reynold, a South African police constable, has been found guilty of the murder of Ebuka Okoli, a Nigerian.

He was reportedly shot at close range during an unauthorised raid by the 24-year-old Reynold on the community where he resides.

He was said to have been handcuffed, robbed by the police officer who was off duty at the time of the raid.

During the trial on Friday, Shyam Gyanda, the presiding judge, found the officer guilty on all four charges preferred against him — one charge of murder and three charges of robbery.

In an interview in August, Abike Dabiri-Erewa, chairman of Nigerians in Diaspora Commission (NIDCOM), told TheCable that eight policemen were on trial in South Africa for their alleged role in the killing of Nigerian citizens.

“And then there is a case of our Nigerians – gangs and drug wars – killing one another. But what we are saying to South Africa is that no matter the circumstances, our people need to be protected. We are getting to a tipping point where we cannot tolerate any more killings of Nigerians in South Africa.

“And then we have eight South African policemen currently in court, being investigated for their alleged involvement in killings and maltreatment of Nigerians, and the case is being monitored by the high commission in South Africa; Godwin Adama is the consul general.

“So, what we are saying is this, like the case of those eight policemen, it has to be concluded.”

TWITTER @thecableng
Copyright 2020 TheCable. All rights reserved. This material, and other digital content on this website, may not be reproduced, published, broadcast, rewritten or redistributed in whole or in part without prior express written permission from TheCable.
Tags
MurderNigerianSouth Africa
Advertisement