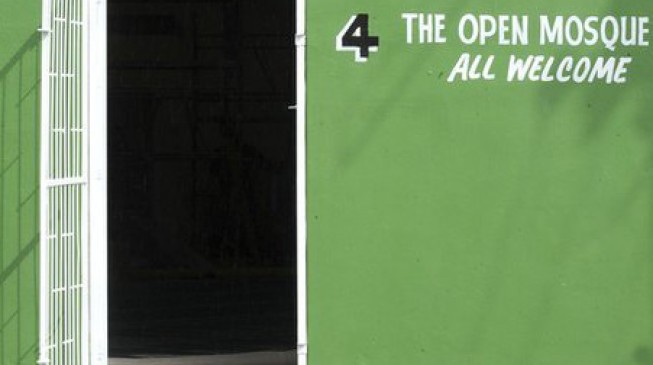 11:32 2014
Print This Article Share it With Friends
👤by News Agency  0 Comments
Advertisement

According to a BBC report, the Open Mosque has violated municipal by-laws.

The mosque officially opened its doors on Friday despite criticism from members of the local Muslim community.

But the founder, Taj Hargey, insists the mosque would help counter radicalism.

“The City Council is trying to close the mosque using ridiculous bylaws and I will not be threatened by them or anyone else,” Hargey told the BBC.

“We have freedom of religion and expression in this country. No-one has the right to tell anyone what to believe in. This is a gender equal mosque, autonomous and independent and will remain so.”

The councillor who spoke with the BBC, Ganief Hendricks, defended the plan to close the mosque.

“This is an emotive issue – some councillors who are Muslim would want to defend the issue more vigorously than those that aren’t but the bottom line is we have to make sure that the rules are followed,” he said.

He said Hargey had not applied to change the use of the building from a warehouse to a mosque.

“There are issues of health and safety to consider before [a mosque] is set up,” Hendricks said.

A local by-law stipulates that a place of worship should have one parking bay per 10 worshippers on the premises.

The process of applying for the necessary paperwork could take up to six months, he said.

Hargey told the BBC that he believed everything was in order.

“It is pure intimidation. Why are they so scared? Because they know if this mosque succeeds their theological monopoly is over,” he said.

“This is not a gay mosque. But I will not turn anyone away based on race or sexual orientation.

“This mosque is based on the original mosque in Medina with one door where men and women come together to pray.

TWITTER @thecableng
Copyright 2020 TheCable. All rights reserved. This material, and other digital content on this website, may not be reproduced, published, broadcast, rewritten or redistributed in whole or in part without prior express written permission from TheCable.
Tags
Cape TownGanief Hendrickspro-gay mosqueSouth AfricaTaj Hargey
Advertisement