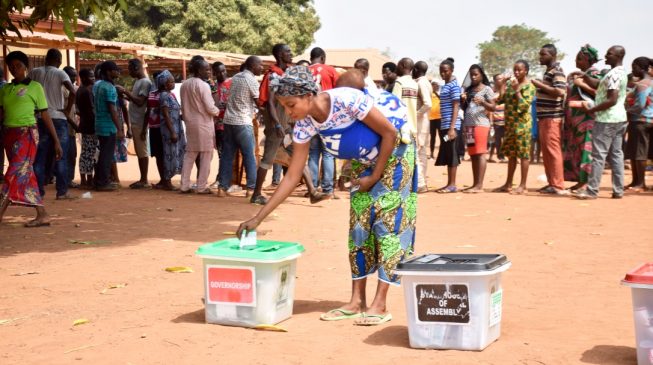 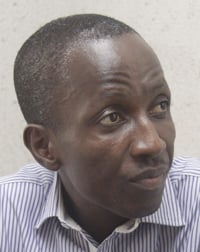 With the presentation of certificates of return to President Muhammadu Buhari and Vice President Yemi Osinbajo, one can safely assume that the presidential election is over. We may, however, not be able to do a rigorous analysis of what transpired in our country last Saturday until the full story is told.

But the words of Olisa Agbakoba, senior advocate, should be enough contemplation for Atiku Abubakar, the Peoples Democratic Party (PDP) candidate in the election. While it is his inalienable right to contest the results in the court, it seems a waste of resources and valuable time doing so as he has a great opportunity of becoming a statesman and not just a political leader. His party was simply beaten at their own game and the citizens seem too traumatised to do anything beyond whimpering. But what do we know as even President Buhari exercised his right in going to court whenever he lost elections?The election simply affirmed that supporting Buhari is a fundamental ideology for some of our citizens and you cannot defeat an ideology just like that.

There were infractions no doubt in some parts of the country as exemplified in what happened in some parts of my local government, Oshodi Isolo, in Lagos State. It was the local government where the Okota fracas occurred with hoodlums preventing people from exercising their franchise and where voting did not start in some areas until 12 noon or well after 1 pm. Unsurprisingly, voting went on till 6pm in some places and even 7pm. Whether such are enough to invalidate the election is up to the PDP and her candidate to adduce in court. One would rather see the party worrying more about the fact that over one million votes were cancelled or voided and classified as “invalid” and the fact that less than 40% of the registered voters turned up to vote. Those are more germane issues, which can form a fulcrum of electoral reforms that Abubakar can codify using his party’s platform. They cannot afford to wait till 2022 again before seeking rallying points for their campaign.

That is why this piece is focused on the looming electoral battle in the south west part of Nigeria, a zone that offers a window into what might be the main question going into 2023 elections. The figures from the zone showed that while APC still maintain its leadership position, it lost two states to PDP and in the states where it won this time around, the figures shrank from what were returned in 2015. Indeed its margin of victory was cut down even in Lagos State. In 2015, APC secured 792, 460 votes while PDP got 632, 327 and in 2019 got 580, 825 to PDP’s 448, 015 with the differential shrinking from 160, 133 to 132, 810. With the lower turnout, one can safely assume that in percentile, there might not be too much difference implying that APC merely maintained its previous performance without improvement. But when we factor the fact that thugs and hoodlums were needed to prevent some people from voting in areas perceived to be opposition strongholds, there seems to be a chink in APC’s armour in Lagos. That PDP won Ondo and Oyo States even with marginal figures just like the way APC won Osun shows that the two parties might be evenly matched more than we can imagine in the south west.

The figures from Ekiti affirmed that the state governor cannot be wished away in emerging battle for who gets what in the south west in APC, he is slowly and steadily emerging as a force in the zone. Ogun presents a quandary as the APC won with the highest margin after Lagos – 87, 107 we cannot, however, ascribe this to the outgoing governor alone as all the factions of the party surely were united in ensuring the success of President Buhari. The PDP can build on these and other factors such as the voters who did not come out to vote and the young demographics who will attain voting age before the next general elections in 2023. It can build a party round a coterie of supporters and gradually turn it into a force to be reckoned with, showing a great interest in electoral reforms especially the Electoral Act that the president refused to sign. But then that would be a new PDP who want to jettison its old ways while hoping that those who won on its platform – as few as they are – will not defect to the ruling party in days ahead.

By the way, congratulations to President Buhari as he earned a new mandate and this is hoping that he will use it better than what we saw in the last four years. He might wish to start with ridding himself of parochialism and etching his name in gold seeking the best hands in running the country.

TWITTER @thecableng
Copyright 2020 TheCable. All rights reserved. This material, and other digital content on this website, may not be reproduced, published, broadcast, rewritten or redistributed in whole or in part without prior express written permission from TheCable.
Tags
2019 general electionsouth west
Advertisement