Sowore and the Nigerian Revolution 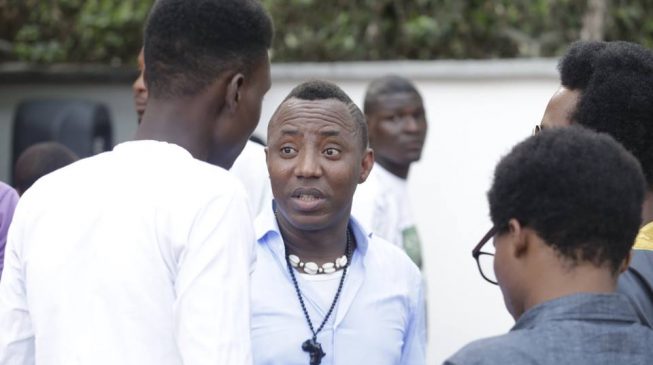 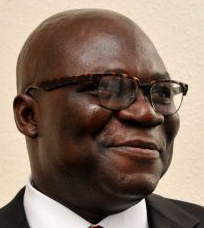 “So, did you join the #RevolutionNow protests yesterday?”

“The #RevolutionNow protest led by Omoyele Sowore. The security people grabbed him ahead of the August 5 protests, but the Grand Coalition for Security and Democracy still came out in full force in Lagos and Abuja.”

“And were you part of it? The Coalition for Revolution in Nigeria”

“I am part and parcel of it. This country cannot continue like this. We need a revolution. Nobody can tell us that the change they promised in 2015, we now have it. The 2019 General election, did they get it right? No.  Revolution is about change. We need to change this system. They told us in 2018 and 2019 that they will take us to the Next Level. But nothing has changed. Look at Nigeria. Look at our country! Our country has become a theatre of fear, regret and failure. Six months after election that they claim they have won, we are still fumbling and wobbling like the Super Eagles.”

“You didn’t answer my question. I asked you: were you part of the protests?”

“No. I wasn’t. It rained in my part of the town. And by the time I set out to join the group at the National Stadium in Lagos,  I heard that the agents of state capture and their tools were already tear-gassing the people. Tear gas is not good for my system. The last time I inhaled tear-gas I sneezed for three years non-stop. I am not so young anymore. I have to be careful. But aluta continua! Victoria Acerta! But why were you yourself not at the barricades? We have a collective responsibility to save Nigeria from this drift, this creeping anarchy, this reign of confusion.”

“I am sorry. Speak for yourself. I am not a revolutionary like you. I am simply a realist, a pragmatist, a student of realpolitik.”

“Are you saying what the Buhari government is doing is okay? Have you not heard that we face the threat of a return to the Abacha days, and the possibility of losing everything that we worked for to secure this return to democracy?”
“You mean civilian rule?”

“I am sorry. I don’t join revolutions.”

“Yes. You won’t because the Middle class has failed Nigeria. You talk like one of them. You belong to the class of non-citizens who think Nigeria must be kept the way it is so that they can thrive. You selfish Nigerians! They link up with the establishment and get subsidies for their businesses and imports. They contribute funds to support political campaigns and when the time comes they ask for returns and insist on entitlements. Those are the real enemies of Nigeria, the soldiers of the stomach vs we the people who want national progress, security and development. Our #RevolutionNow is about long-lasting changes in the system. We want to make Nigeria better.”

“Sowore says he is going to take back Nigeria. In other words, what he could not achieve through the ballot box on February 23 when he was Buhari’s rival as Presidential candidate on the platform of the African Action Congress (AAC), he wants to take through a revolution.”

“You are putting words in his mouth. You are an enemy of the revolution, just say so. He did not talk about regime change. We are focused on system change.”

“Did he say or not say that the government will cease to exist?”

“No. He talks about positive change for all Nigerians and better life for all. Minimum wage. Free tuition and access to quality education. Employment opportunities and justice.”

“Those are populist campaign issues. I disagree with you. The Presidential election ended on February 23. If anybody is aggrieved, the place to go is the tribunal, not the streets.”

“Sowore is the voice and the symbol of the emerging revolution in Nigeria today. He is prepared to lay down his life if need be. I stand by him, the same way Professor Wole Soyinka stands by him. Femi Falana SAN, Shehu Sani. Amnesty International Nigeria. Street credibility. We no go gree.”

“And you? Are you prepared to die for Nigeria? Where were you on August 5?”

“I have a very busy week ahead. Besides it rained in my neighbourhood. This climate change. Nobody can tell.  And as I told you, I don’t do well with tear-gas. My bones are fragile too. I have not yet recovered from the last protest I took part in. “

“I don’t blame you. It is very easy to talk. The people I blame are the security agencies. They have turned Omoyele Sowore into a hero. He has become the symbol of the opposition in Nigeria. In Uganda we have Bobi Wine. In Sudan, they have the African Queen. In Hong Kong, there is Andrew Leung, leading the revolution from behind bars. In North Africa, the Arab Spring spread from Tunisia to Algeria to Egypt. In Nigeria, we now have Omoyele Sowore. I believe the Nigerian government has played into his hands. Big mistake. Big, big mistake. They could have managed the situation differently”

“You are beginning to sound like one of them. I must tell you that whatever you think, or believe, this Revolution will survive and when it is over, we will remember those of you hiding in your comfort zones to talk nonsense.”

“I am not talking nonsense. I don’t believe in the idea of a Revolution.”

“You don’t know the meaning of the word. It is a terribly mis-used and mis-understood word. This same ruling party, the APC, used the same word when they fought President Goodluck Jonathan. You didn’t complain then. You are a hypocrite. You are one of them.”

“Anybody that wants a Revolution should do so through the ballot box. Or go to court. I understand what Revolution means. The French Revolution. The American Revolution. The October Revolution of 1917. The Velvet Revolution in former Czechoslovakia in 1989. The Orange Revolution in Ukraine after the 2004 Ukranian Presidential election. The Arab Spring in the Middle East.  The recent people’s revolution in Algeria, Egypt and Sudan. The on-going Revolution in Hong Kong. Tell me about one revolution that did not result in a cycle of crisis and violence. Nigeria is too fragile. One careless push right now, we could become another Somalia or the old Rwanda.”

“You don’t understand the meaning of Revolution, then. Don’t you get it? We are saying this government lacks legitimacy. It lacks the capacity to deal with Nigeria’s pressing problems. There is insecurity in the land. The people are hungry and poor. The government can’t even inaugurate a cabinet, six months after the elections. Rapists and bandits have taken over the land. Only a Revolution can save Nigeria.”

“That is treason. Mind what you say. I will be the first to hand you over as an accessory to the fact of treason.”

“I just need you to know that in this country, the threat to commit suicide is a felony. If you succeed however, you are on your own, totally free.”

“The people have the power and the right to express their grievances. If they won’t allow us to protest inside Nigeria, we will do so in every Nigerian embassy in every part of the world. No government should ever test the people’s resolve. No. Never again!”

“I see that the government will still need to arrest more people. Please don’t call me when they come for you.”

“Let them arrest all of us. This is not a one-man protest. This is a movement. This is how it starts. They have taken the bait. They will keep making mistakes. Nigeria is now on the front pages of the world media. After the 2019 election, chaos in Nigeria! The Coalition for Revolution owns the game right now.”

“Let me ask you: who are your sponsors? Who is the author of this hidden agenda?”

“There is no hidden agenda. The people of Nigeria are angry.”

“Please speak for yourself.  Members of the Coalition of Northern Groups are not angry. They say they are not part of the Revolution. The Arewa Consultative Forum (ACF) is also against the idea. You people cannot be allowed to blow up this country just because you lost an election.”

“Point of correction. We have gone beyond the election. And for your information, this is not an anti-RUGA protest. It is a struggle for the soul of Nigeria.”

“You cannot convince me that the declaration of a revolution is well-meaning.”

“I don’t know what you are afraid of. Have they given you an oil bloc, or they have promised you something? You are busy opposing the Revolution. Where were you when the US announced a visa ban on Nigerian politicians who promoted violence and rigging during the 2019 general elections in Nigeria?”

“Please. Please. Please. Nigeria is a sovereign state. The Americans have their own problems and Nigeria’s election should not be one of them. If I were the Nigerian President, by now I would have asked the Ministry of Foreign Affairs to issue a travel advisory on the United States telling Nigerians to stay away from that country where hate and white supremacy are on the rise. I will insist that Nigerians should stay away in particular from the troubled states of Texas, Ohio and California until further notice. America. America. America. Please. Is Donald Trump better than President Muhammadu Buhari?”

“Let me hear word, with this copycat revolution. To keep Nigeria one is a task that must be done.”

“That’s analogue thinking. Wake up! We are in the age of social media. If you and your people block the streets, we will have a revolution on social media and you people will watch it online.”

“This is precisely the problem. The social media has become the space where anarchists and subversive elements are bred. Will I be correct to say that you are an online revolutionary?”

“Get it right: We are determined to occupy every space, including the offline space of revisionists like you. Your people made a mistake to have ordered the arrest of Comrade Yele Sowore. The Coalition of the Revolution cannot be intimidated. I hope you won’t spoil everything by saying we are terrorists.”

“Is Sowore also a comrade?”

“Yes. A comrade of the Revolution over a 30-year period, a tested fighter of the people’s revolution.”

“But please, one more thing. This Sowore: does he have a family? Children? A wife? And why would he run to the gym to hide when state security came knocking on his door?”

“Irrelevant questions. The Revolution is all that matters.”

“Toh. It’s aw-right. Make all of us siddon begin watch this season film, then. Whether you like it or not, the Devil has rented a flat in people’s heads inside Nigeria.”