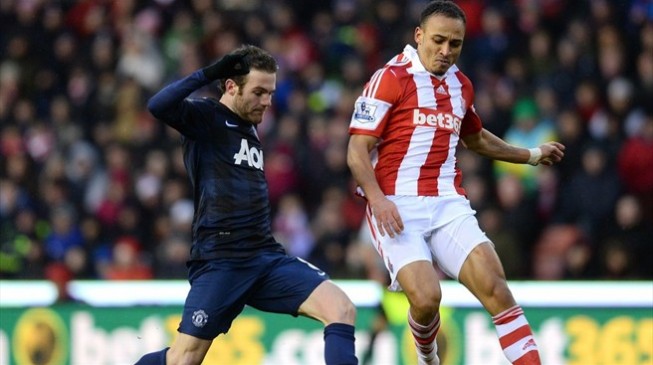 22:54 2015
Print This Article Share it With Friends
👤by Victor Akhidenor  0 Comments
Advertisement

Stoke City chairman, Peter Coates, insists that Osaze Odemwingie still has a role to play, despite spending most of the season out injured.

Odemwingie has been on the treatment table since suffering cruciate knee ligament damage in the 1-0 win over Manchester City at the Etihad Stadium in August.

The Super Eagles player only joined the Potters in January last year and started just once this season.

But Coates believes the player still has a lot to offer.

“We hope to have him back playing as well as he was before his injury,” he said.

“I’ve had some encouraging reports about him from the training ground and I am certainly optimistic for him. He will be an asset for us if we get him back playing for Stoke City, and that is certainly the intention.

“These things take time, patience and a lot of efforts, but we will do all that we can as a club for the best possible outcome for all concerned.”

Odemwingie, though, is likely to remain on the sideline when Stoke play Sunderland – a side fighting for their Barclays Premier League future – at the Britannia Stadium on Saturday.

TWITTER @thecableng
Copyright 2020 TheCable. All rights reserved. This material, and other digital content on this website, may not be reproduced, published, broadcast, rewritten or redistributed in whole or in part without prior express written permission from TheCable.
Tags
Barclays Premier LeagueOsaze OdemwingiePeter CoatesStoke CitySunderlandSuper Eagles
Advertisement

Give Nigeria a new broadcasting experience

Salihijo’s appointment as a case for Nigerian youth