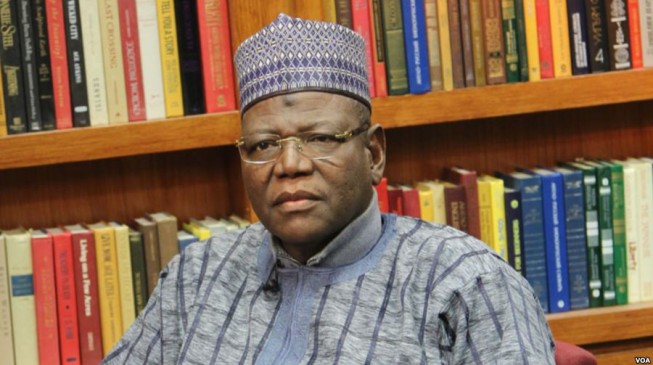 16:57 2019
Print This Article Share it With Friends
👤by Dyepkazah Shibayan  0 Comments
Advertisement

Jonathan and Buhari met at Aso Rock on Thursday but the details of the meeting was not made public.

In a post on Facebook, Lamido said Dasuki, who is currently standing trial for allegedly diverting funds meant to combat insurgency, acted on the orders of the ex-president.

Dasuki has been in detention since 2015 despite being granted bail by different courts.

“Former President Jonathan visits President Buhari in the Villa-News,” the ex-governor said in the post.

“I am sure President Jonathan must have put in a word for his very loyal incarcerated NSA Dasuki who dutifully acted on his orders.

“Even President Buhari claimed that money was released from the Central Bank on instruction written on an ordinary piece of paper!”

TWITTER @thecableng
Copyright 2020 TheCable. All rights reserved. This material, and other digital content on this website, may not be reproduced, published, broadcast, rewritten or redistributed in whole or in part without prior express written permission from TheCable.
Tags
Muhammadu BuhariSambo DasukiSule Lamido
Advertisement