Sunset for the Sandhurst oligarchs 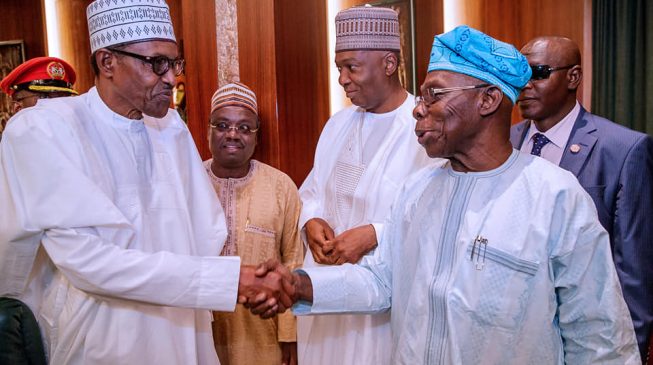 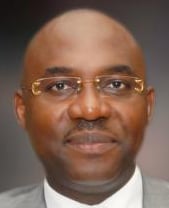 Several hours before the winner of the 2019 presidential polls would officially become known, Fela Durotoye was already being treated to a feast of hi-fives and fist-bumps. Prior to the sermon Sunday morning, worshippers at the House on the Rock temple in Lagos were intimated of the presence of the presidential candidate of Alliance for New Nigeria by presiding Pastor Paul Adefarasin.

No sooner had the announcement been made and the “homeboy” shown taking a bow on the multi-media screens than a thunderous ovation swept through the mammoth cathedral in Lekki.

In the ensuing ululation, the congregants would appear to see moral triumph, though knowing that the trophy of electoral victory would go to someone else.

To many a believer, overall, there indeed was reason to be thankful. Contrary to earlier apprehension across the land, Armageddon did not descend as the elections were relatively peaceful. Only in Rivers, Bayelsa, Lagos and Oyo were there reports of serious violence and death. Even the celestial forces seemed to have cooperated as nowhere was rainfall reported; only for places like Lagos to be drenched in heavy downpour the following day.

In a voice suffused with emotion, Pastor Adefarasin then paid glowing tributes to a worthy ambassador of the church and one of the “exemplars” of new politics who “ran a campaign with a strong message” for national rebirth.

“In no distant future, your time will come,” Pastor Adefarasin prophesied, to a deafening applause of the congregation.

Though votes polled collectively across the 176,000 polling units across the federation by Durotoye and other debutants like Kingsley Moghalu and Yele Sowore may not have not amounted to a significant dent relative to behemoths like APC and PDP, the House on the Rock shepherd expressed the conviction that the activist flavor they jointly have injected into the national conversation in the last few months has triggered a momentum capable of birthing a new generation of political actors driven by altruistic values.

Undoubtedly, the H.O.R pastor spoke for incurable optimists unable to give up on Nigeria, detesting the status quo as unsustainable, clinging to the stubborn hope of a miracle for a troubled nation to outgrow the iniquity of money politics some day.

Such optimism is readily illustrated with beacons like that of fresher Bankole Wellington (Banky W) who ran on the platform of MDP. Bidding for Reps in the Eti-Osa Federal Constituency (Lagos), the articulate R&B musician-turned-politician made an impressive showing, besting the candidates of APC and PDP in some neighborhoods on the island.

Even as the results were still being collated on Sunday, a confident Banky W tweeted: “Regardless of the final outcome, I hope we have inspired enough people in our generation to realize what we can achieve when we stand up for ourselves, and stand together. We must build this movement and sustain the momentum. This is only the beginning. MDP is the future.”

Indeed, buoyed by what has been described as a new urban disenchantment fueled by growing self-awareness of the preponderant millennials, the language of Nigerian politics is undoubtedly changing. At no time in the nation’s political history has this sort of “rebellion” been widespread.

For the Moghalus, what remains is to parlay that energy to erecting physical structure tomorrow to wrest power, even while unrelenting in clarifying and amplifying the message already framed. Once rooted in the urban centers where the big votes reside, it would not be long for the contagion to spread to the hinterland.

But while that great rebirth anchored around a new generation is eagerly awaited, the nation would seem already conscripted into a political dirge of sorts for the surviving rump of perhaps Africa’s longest-reigning military oligarchy after a bruising battle.

President Buhari’s victory in the presidential polls will only mean literally shutting the mouths of the likes of OBJ, IBB and T. Y. Danjuma. Other than the age of coup, at no other civil era has the nation witnessed such open confrontation of generals. Well, happily, the supremacy battle between the old warriors was finally decided by the ballot and not bullet last weekend.

With the colossal casualties the Ota chicken farmer suffered in his polling unit in Abeokuta at the hands of APC’s Buhari, the humbling of IBB – the now tired “Prince of Niger” in his native Niger State, and muting of Danjuma – the hitherto much-dreaded Juku warrior across the Middle Belt, one could, therefore, not help chuckling at the coming to pass of the finale one had anticipated in an earlier piece entitled “Intifada of the old Guard” published last year: “Increasingly, the nation is left to witness the adaptation of martial tactics by vengeful old warriors for a purely civil outcome in what may signal the terminal battle within the oldest cadre of the once powerful military oligarchy.”

Until now, on account of the fabulous wealth they came to own individually in retirement, it would not be an exaggeration to classify the three generals as emboding the caste weaned not only on a tradition of entitlement but also addicted to the culture of impunity. It will then appear a fitting closure to history and lending primacy of public morality that the regicide of the aristocratic/capitalist corps is undertaken by a rather austere fellow general.

As for IBB, let it however be clarified that his demystification begun much earlier in 2010 with his humbling defeat by Atiku in the PDP primaries, hence a rather rapid deterioration as a political vegetable.

Indeed, being alumni of elite Sandhust in the United Kingdom, fate had positioned the likes of OBJ, Danjuma and IBB well in the army before the abortion of the nation’s democracy in 1966. Fortune amassed from successful careers in political adventurism would mean they were in vantage place to dictate and shape Nigerian politics for the next half a century, the turn of which tellingly coincided with Buhari’s inauguration as civilian president (2015) and the subsequent parting of ways.

As this writer had noted in the referenced article: “While they would readily cite ‘national interest’ as their only motivation, not a few Nigerians will contend that the generals’ uprising is actually fueled either by bruised egos or loss of class privileges and business concessions.”

In last weekend’s endgame, Atiku Abubakar may indeed have worn the captain band in the challenge to Buhari’s reign, but there was no doubt that the PDP chariots were largely teleguided by Buhari’s former comrades in arms in utter repudiation of “esprit de corps”.

From penning two acerbic open letters, daring OBJ had, in fact, graduated into steady hurling of verbal grenades at Buhari, urging Nigerians to vote out a man “weak in body and unsound in mind” as a matter of “national emergency”, provocatively addressing Atiku as the “in-coming President”.

However, restating Buhari’s tragic flaws, as the generals did copiously, was not only opportunistic; it inadvertently painted a sickening picture of hypocrisy. Yes, his clinging to the brood, tribe or sect is toxic in the context of national politics. But the restive generals are no angels either. For instance, true, OBJ is relatively more detribalised by association. However, his concept of politics constitutes perhaps the worst violence to the idea of society. Not content at only “fixing” elections in his days as president, he also attempted what was arguably the worst atrocity conceivable in constitutional democracy – emptying the public treasury in the desperate quest to procure life presidency through the “Third Term Agenda”.

Moreover, the Owu chieftain is forever quick to evangelize on good conduct. But his lifestyle – whether private or public – can hardly be held aloft as shiny model before a Sunday school assembly.

On the other hand, Danjuma’s raising the alarm against the infamy of genocidal herdsmen and his allegation of a complicit military surely resonates well with the vast community of victims in the Middle Belt and all men and women of conscience elsewhere. However, many are left wondering whether such weighty statement came from the same man under whose nose as OBJ’s Defence minister Odi town in Bayelsa was completely wiped out by rampaging soldiers even as genocide was levied on the defenceless civilian population.

Well, as an aside, maybe the general from Taraba might seek therapeutic escape now by channeling the remainder of his geriatric energy into philanthropy as a noble vocation started in retirement.

As for OBJ, the pain of Buhari’s victory must cut deep for his remaining years. Had he kept his earlier words to quit partisan politics and transition fully to “global statesman”, perhaps what had remained of his old myth of invincibility would have been preserved. But the proverbial “shigidi” in the Yoruba fable would never hearken the voice of restraint until after a spell in the plantation of disgrace.

How ironic that OBJ who, ordinarily, prides himself as Africa’s – if not global – statesman would, in pursuit of platform, descend into ethnic backwaters in his twilight as neo-Afenifere activist for traction against Buhari’s anticipated onslaught. In his desperation, how pathetic that he, like the proverbial returning prodigal child in soliciting posture at the door, would lately crave the company of – in fact, hustle for photo ops with – same Yoruba leaders he had spent all his presidency years either disrobing or persecuting.

Now, should Buhari redeem his pledge to probe the $16b energy funds, it would require a miracle of biblical proportions for OBJ to completely avoid a day at the court.

Meanwhile, it is now surely political sunset for the three musketeers.