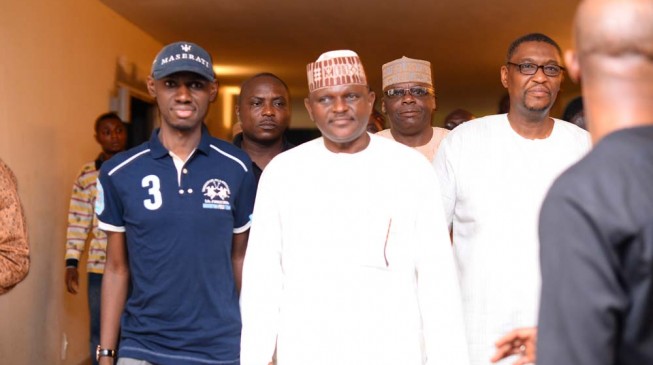 19:01 2017
Print This Article Share it With Friends
👤by Fredrick Nwabufo  0 Comments
Advertisement

The supreme court has given the Lagos state government the go-ahead to appeal against a judgment of the appeal court acquitting Hamza Al-Mustapha, former chief security officer of the late Sani Abacha, of the murder of Kudirat, wife of the late MKO Abiola.

The decision of the apex court followed a motion filed by Oluwayemisi Osusanya, a senior counsel at the Lagos state ministry of justice.

On January 30, 2012, Al-Mustapha and Lateef Shofolahan, an aide of the late Kudirat, were sentenced to death by Mojisola Dada, justice of the federal high court, Lagos for murder.

But Al-Mustapha and Shofolahan appealed against the judgment at the Lagos division of the appeal court – where they were acquitted of the charge on July 12, 2013.

And on Thursday, a five-man panel of justices led by Walter Onnoghen, chief justice of Nigeria, granted the Lagos state government an extended time to file an appeal despite the expiration of the time to do so.

It ordered the Lagos state government to file notice of appeal within the next 30 days.

Joseph Daodu, counsel to Al-Mustapha, who had earlier challenged the motion on the grounds that the time for the appeal had elapsed, withdrew his counter-affidavit.

TWITTER @thecableng
Copyright 2020 TheCable. All rights reserved. This material, and other digital content on this website, may not be reproduced, published, broadcast, rewritten or redistributed in whole or in part without prior express written permission from TheCable.
Tags
hamza al-mustaphaKudiratLagos State Governmentmko abiolaSupreme court
Advertisement