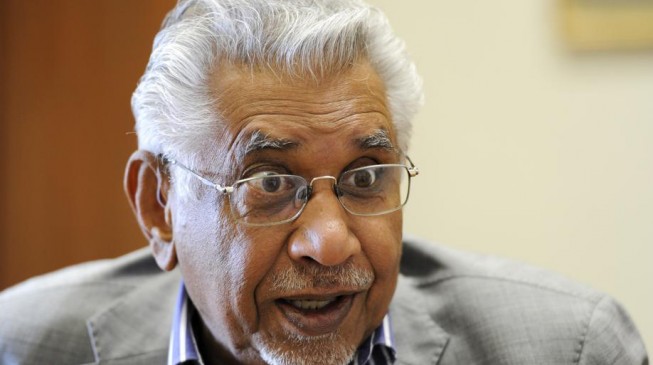 22:30 2014
Print This Article Share it With Friends
👤by Taiwo George  0 Comments
Advertisement

The South African government has revealed that 67 of its citizens lost their lives when a guest house collapsed around 1:50 pm at the headquarters of the Synagogue Church of All Nations (SCOAN) in Ikotun Egbe, Lagos, on Friday.

Lamenting the loss, it said an unspecified number of its citizens also sustained injuries in the incident, which occurred during the construction of two more storeys to the building that was already four-storeyed.

Though SCOAN tried to downplay the casualty figures by initially claiming that only three people died, the National Emergency Management Agency (NEMA), which is in charge of handling such situations in the country, put the death and injury tolls at 62 and 133 respectively, as at Tuesday evening.

“We have so far 62 people dead and 133 people have been rescued alive,” Ibrahim Farinloye, NEMA southwest coordinator told AFP.

During a visit to the church on Saturday, TheCable observed that ambulances were arriving the premises within every 10 minutes to convey victims who survived to hospitals and corpses to nearby mortuaries.

Investigations also revealed that the rescue operation lasted throughout the night, fuelling suspicion that the casualty rate might have been higher.

However, in a statement released on Tuesday, spokesperson of the South African government, Mac Maharaj (pictured), stated that the country was mourning because it could not remember the last time it lost such huge number of citizens outside its shores.

“I am greatly saddened to announce that 67 South Africans died and scores of others sustained injuries, after a building at the Synagogue Church of All Nations collapsed on Friday, 12 September 2014, in Lagos, in the Federal Republic of Nigeria,” Maharaj said.

“This is a particularly difficult time for South Africa. Not in the recent history of our country have we had this large number of our people die in one incident outside the country.

“As we mourn this sudden and tragic death of our fellow compatriots, I have directed the relevant government departments and entities to act with the utmost urgency to ensure that we facilitate the movement of relevant family members to Nigeria to identify the bodies of their loved ones and to ensure that we repatriate the remains as soon as possible under the circumstances.

“I would like to take this opportunity also to thank all family members and friends who have provided information to Government, which information has assisted the South African High Commission in Nigeria in its efforts to locate our fellow citizens.

“I would also like to commend all affected families for their patience and resolve during this very painful period.”

Extending condolences to Nigeria and other countries affected by the tragedy, the South African government assured the families members of the deceased of its support, promising to keep them informed on unfolding developments.

“I would like to assure all affected families that the government will provide all the necessary support. Government will keep the public informed of developments around this tragedy.

“May the souls of the departed compatriots rest in peace.”

TWITTER @thecableng
Copyright 2019 TheCable. All rights reserved. This material, and other digital content on this website, may not be reproduced, published, broadcast, rewritten or redistributed in whole or in part without prior express written permission from TheCable.
Tags
Federal Republic of NigeriaNational Emergency Management AgencySouth AfricaSynagogue Church of All Nations
Advertisement

The road trip challenge: Will Fashola accept it or not?