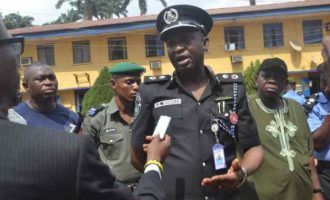 Police: How we rescued corps member who spent 4 days in Epe forest

The Lagos state police command has narrated how Faith Onyiwara, a corps member who was kidnapped in the Epe area of the state, on Friday, was rescued.In a statement on Tuesday, Bala Elkana, the command spokesman, said she was rescued in a swampy forest around Ilamija area of Epe.Onyiwara was said to have been abducted on her way to a [...] 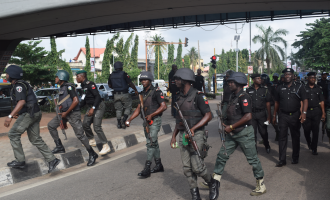 A team of detectives led by Taiwo Kasumu, the divisional police officer in Igando area of Lagos, has arrested three armed robbery suspects.This was disclosed in a statement by Bala Elkana, the state police public relation officer, on Tuesday.He said one Oseni Waheed, 32, was arrested at the scene with a locally-made pistol while the rest escaped.Elkana said the suspects were [...] 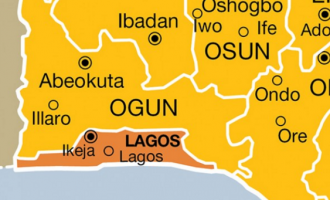 A security guard has allegedly killed his Lebanese boss, Bassan Khodari, at his apartment in the Apapa area of Lagos state.Remains of the Lebanese were reportedly retrieved from a septic tank in the apartment on Tuesday.According to residents, the Lebanese returned to Lagos on Monday from a trip to Abuja and found the guard and his friends stealing his property.Khodari [...] 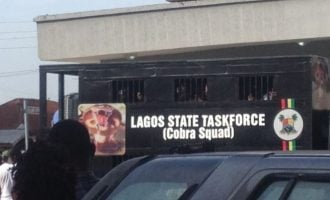 The Lagos police command has released the 123 men who were intercepted along Moshalashi road, Agege on Friday.The State Environment Sanitation and Special Offenses Taskforce had intercepted a truck conveying the men who said they were coming from Jigawa on Saturday.The truck was also reported to have been laden with 48 motorcycles.Yinka Egbeyemi, chairman of the task force, had said [...] 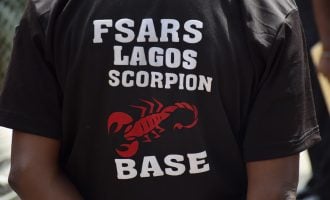 The police have blamed the death of a middle-aged man simply identified as Francis on a stray bullet fired when their men ran into an ambush in the Ilupeju area of the state.Men identified as members of the special anti-robbery squad (SARS) reportedly killed Francis on Monday morning.A witness had told TheCable that the deceased was killed while going about his daily cleaning [...] 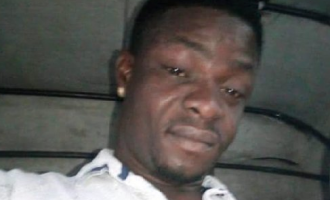 The police have killed Mufutau Sulaimon, "ring leader of a kidnap gang" in Ikorodu, Lagos state.In a statement on Monday, Bala Elkana, spokesman of the Lagos command, said the suspected kidnapper, better known as Pencil, was gunned down around 9.10pm on Sunday.He said the suspect died in a gun battle with operatives of the special anti-robbery squad (SARS).Elkana said the [...] 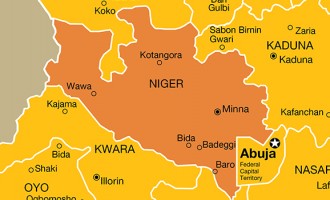 Six persons were killed in an attack by suspected cattle rustlers in Kukoki community in Shiroro local government area of Niger state.Mark Jagaba, chairman of the council, disclosed this to NAN on Wednesday, saying the attack, which led to the injuries of some women and children, lasted for at least four hours.He quoted members of the community as saying that [...]