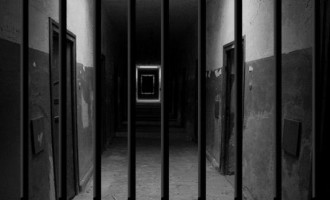 A federal high court in  Yola, Adamawa state, has sentenced Ibrahim Aku, accountant of the Church of Brethren in Nigeria, to 18 years in prison for fraud.Nathan Musa, the judge, gave the order while ruling on a six-count charge filed against the accused, on Monday.The Economic and Financial Crimes Commission (EFCC) had accused Aku of defrauding the church of N15.5 [...] 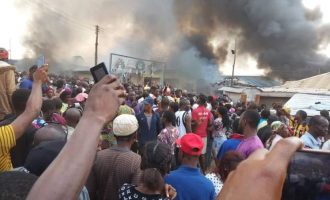 Sotitobire Miracle Church in Akure, Ondo state, has been set on fire by irate youths over a rumour that the corpse of a one-year-old boy declared missing was exhumed in the church.It has not been confirmed if the body of the child was found in the church.The police are said to have intervened in the chaos reportedly shooting an operator [...] 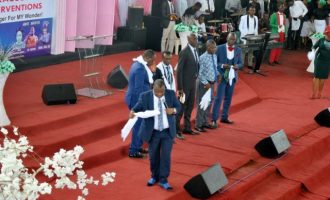 God’s Mercy Revival Ministries (GOMERM), Ikotun, Lagos, has put together a week-long conference to celebrate its 20th anniversary.Femi Kolawole, the church's communications and public relations manager, announced this in a statement.He said the anniversary will feature the ordination of new pastors, assistant pastors, elders, deacons and deaconesses.The conference with the theme: “Zion 2019: Awakening Giants: Releasing Dominion and Radical Destinies,” [...] 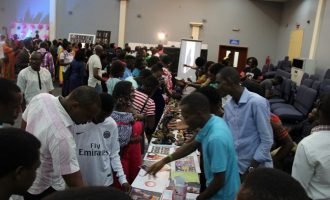 The Daystar Christian Centre, Lagos, says over 770 young entrepreneurs benefitted from its skill acquisition programme in the first quarter of the year.The church said the basic skills and personal development training were for self-reliance and financial independence.It listed the areas people were trained on as photography, make-up artistry, catering, fruits art, pastries and small chop, bread making, event décor, web [...] 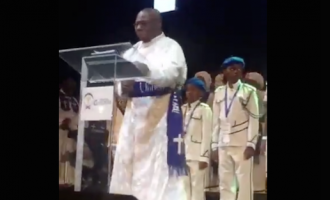 A video of ex-President Olusegun Obasanjo leading children who held a parade at a church service has surfaced online.The elder statesman, dressed in a white cassock and purple belt, also sang and marched to the rhyme “I remember when I was a soldier”.Obasanjo observed the children who conducted the parade for a while before facing the congregation.The ex-president rose to [...] 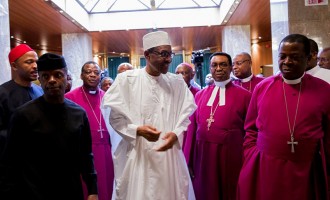 The church and 2019 elections

The Church, right from the medieval times, performed the role of the main stabilizing force in Western Europe. Not only did it provide religious leadership, it also offered the world secular leadership as well. Through the Roman Catholic Church, the Church satisfied the spiritual needs of the medieval society. The Pope, who headed the Roman Catholic Church, offered ordinary folks [...] 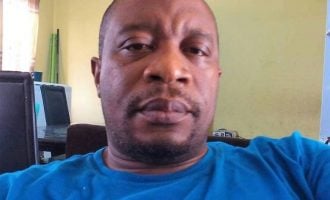 EFCC arraigns man for ‘theft of $56k’ from Oyedepo’s church

The Economic and Financial Crimes Commission (EFCC) has arraigned Chimezie Chuta for allegedly stealing $56,000 from the coffers of Living Faith Church Worldwide.Chuta is a member of the church founded by David Oyedepo.He was arraigned before Mojisola Dada of the Lagos state high court, Ikeja, and charged on one count bordering on stealing.The defendant is said to be a former employee [...] 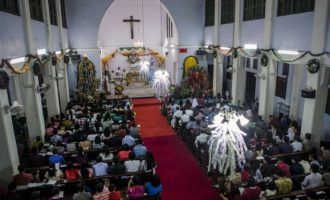 Muslims in Indonesia have offered to guard churches and prevent any attack during the Christmas service as countries around the world tighten security ahead of the celebration.This is coming as Christian around the world have heightened security alert following the threats of attacks and the bombing of a Methodist Church in Pakistan.Security and threats of attacks had reached a precarious [...] 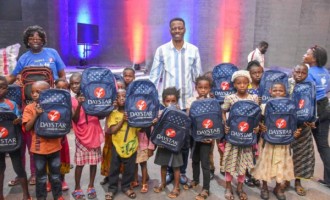 Sam Adeyemi, senior pastor at Daystar Christian Centre Lagos, says the value of any church is measured by its impact on the society where it exists.Adeyemi said this over the weekend when the church gave out school materials to various pupils and students across the state in preparation for the new academic session.“We as a church believe and practice the [...] 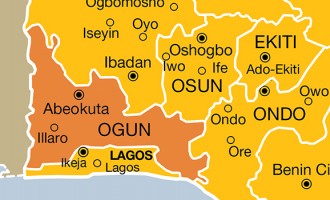 The Ogun state police command says it uncovered suspected human parts buried inside Cherubim and Seraphim church located in Ota area of the state.The command also said it arrested Samuel Babatunde, 77-year-old pastor at the church and its founder, alongside three others over the incident.Ahmed Iliyasu, the state commissioner of police, said the development followed the earlier arrest of one [...] 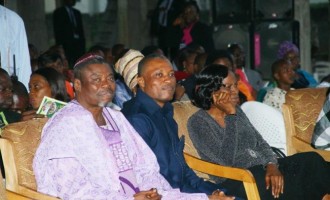 The Abundant Life Gospel Church has commenced the 10th edition of its annual Superfest conference, scheduled to hold between August 4 and August 10 at the church’s cathedral in Agege, Lagos.According to a statement issued in Lagos by Jane Onalapo, general overseer of the church, this years's edition is themed 'The Excellent Spirit'.Kola Onalapo, the late husband of the current [...] 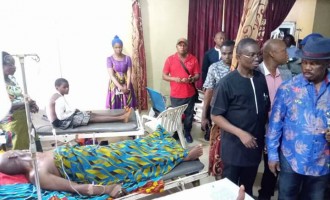 Willie Obiano, Anambra state governor, says the shooting of worshippers at St Philip’s Catholic Church, Ozubulu, was not a terror attack.A lone gunman opened fire on worshippers at the church on Sunday, killing 12 people. Rumours had rippled, most especially on social media, that the attack of was the handiwork of a terror group.Nnamdi Kanu, leader of the Indigenous People [...] 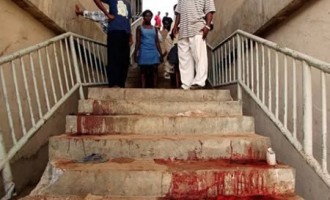 The Anambra state police command says it has arrested suspects involved in the killings at St. Philip's Catholic Church in Ozubulu.Nkeiruka Nwode, spokesman of the command, confirmed this to TheCable on Monday.She said the suspects, whose identities she refused to reveal, were arrested on Monday.“This is a very sensitive investigation so you people (journalists) have to help us,” she told TheCable.“As soon [...] 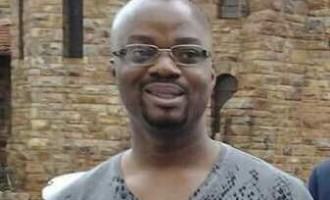 CLOSE-UP: ‘Drug baron’, ‘lover of God’… meet the ‘bishop’ believed to be the target of Anambra shooting

The name Aloysius Ikegwuonu has been trending on social media since the devastating attack at St. Philip's Catholic church in Ozubulu, Anambra state. After visiting the church, Willie Obiano, governor of Anambra, said the incident was the fallout of a feud between two brothers who are based abroad.Reports have it that the gunman had invaded the church in search of Ikegwuonu, popularly [...]

President Muhammadu Buhari has condemned the attack on St. Philip’s Catholic church, Ozubulu in Anambra state, describing it as “unspeakable sacrilege.”An unidentified gunman had invaded the church during the 6:30 am mass on Sunday, opening fire on the worshippers.At least 12 people were killed in the attack, while 18 sustained injuries.In a statement by Garba Shehu, senior special assistant to [...] 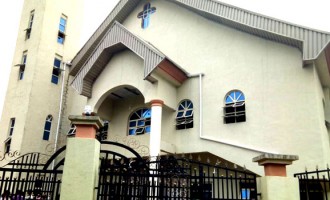 Worshippers at St. Philips Catholic church in Ozubulu, Anambra state, were in darkness when a gunman invaded the church and opened fire on them.An unidentified gunman had invaded the church during the 6:30 am mass, killing 12 worshippers and injuring many others.A witness, who simply identified herself as a choir member, told NAN that the church was dark when the [...]