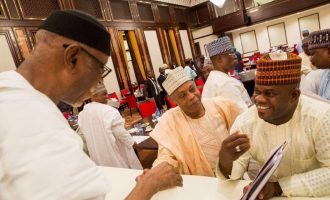 Yahaya Bello on APC convention: We are now set to triumph

Yahaya Bello, governor of Kogi state, has expressed delight with the outcome of the national convention of the All Progressives Congress (APC).In a statement by Kingsley Fanwo, his spokesman, Bello said the party has survived a “major political scare” by going through a “non-controversial, credible and fair national convention”.According to him, the APC is now set to “compete and triumph” in [...] 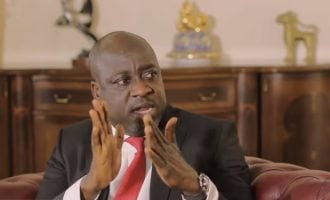 APC convention: I was confident I would win, says Bolaji Abdullahi

Bolaji Abdullahi, national publicity secretary of All Progressives Congress (APC), says he is not surprised by his victory at the just concluded national convention of the party. Abubakar Badaru, governor of Jigawa and chairman of the convention planning committee,announced that Abdullahi defeated his opponents winner of the election on Sunday.He polled a total of 2002 votes to defeat Abdul Sidiq, his [...] 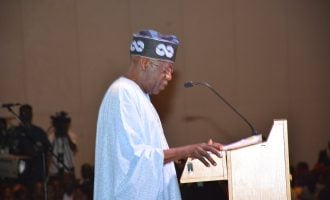 Bola Tinubu, a national leader of the All Progressives Congress (APC), says the ruling party foiled the alleged plot of the Peoples Democratic Party (PDP) for "a lifetime of greedy enrichment".He said this in his goodwill message at the national convention of the APC which held in Abuja.Adams Oshiomhole, former governor of Edo state, won the chairmanship race of the [...] 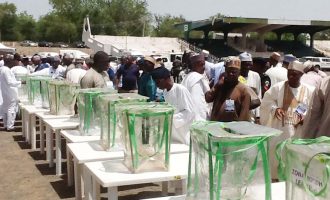 6,800 delegates to participate in APC convention

The All Progressives Congress (APC) says about 6,800 delegates will participate in its national convention.The convention is scheduled to take place in Abuja on June 23. The ruling party will be electing its executives at the national level.Speaking with journalists on Thursday, Victor Ndoma-Egba, secretary of the convention committee, said in all, about 8,000 are expected to come for the [...] 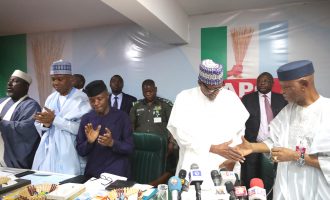 The All Progressives Congress (APC) has announced new dates for its congresses.The new date was disclosed in a statement by Bolaji Abdullahi,national publicity secretary of the party.In the timetable earlier released, the party scheduled ward congresses for May 2; local government congresses, May 5; and state congresses, May 9, respectively.The national convention was scheduled for May 14.But Abdullahi had said some [...] 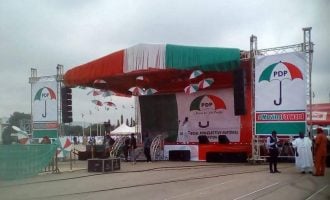 The All Progressives Congress (APC) has alleged that the Peoples Democratic Party (PDP) used its convention as an avenue to punish the south-west for voting against it in the last election.The ruling party said this in reaction to the allegations that the convention was fraught with irregularities.Some of the chairmanship candidates who lost out alleged that there was no level [...] 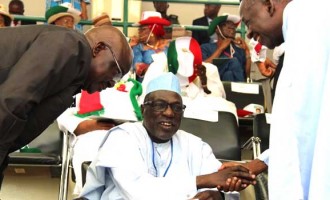 Makarfi: Nigerians will have enough cash in their pockets if we sack APC in 2019

Ahmed Makarfi, caretaker committee chairman of the Peoples Democratic Party (PDP), says Nigerians will have enough cash in their pockets after "working hard to sack" the All Progressives Congress in 2019.Makarfi said this on Saturday at the party's non-elective national convention in Abuja.He said Nigerians have faced "so much hunger and sufferings" under the current APC-led administration, adding that they [...] 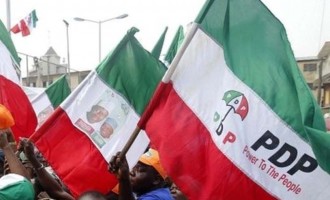 The Peoples Democratic Party (PDP) will hold a non-elective convention on August 12 in Abuja.This followed a meeting of the national executive committee (NEC) of the party on Tuesday.The committee also resolved to reinstate all states executive elected at the April 2016 congress that were later removed by Ali Modu Sheriff.The leadership of the party has been meeting since Monday.The [...] 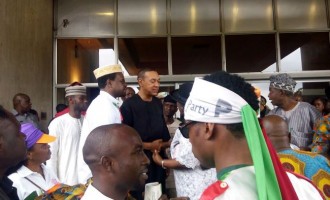 As of 9pm on Tuesday, Dayo Adeyeye, spokesman of the caretaker committee of the Peoples Democratic Party (PDP), was so certain that the much-debated convention of his party would still hold.“This convention will go on unfailingly,” was his response to a text message sent by TheCable.Adeyeye, like most PDP members and supporters, must have felt the ruling of Ibrahim Liman [...] 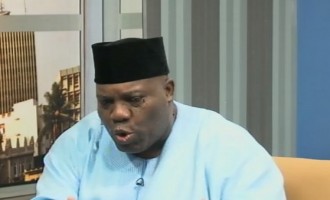 Doyin Okupe, aide of former President Goodluck Jonathan, has advised the Peoples Democratic Party (PDP) to put its house in order, and not to blame President Muhammadu Buhari for its botched convention in Port Harcourt.In a statement on his Facebook page, entitled 'Failed PDP convention: APC, Buhari not to blame", Okupe traced the crisis in the party to the impunity [...] 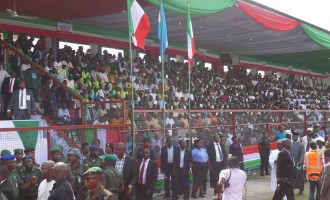 The Peoples Democratic Party (PDP) has cancelled its national convention in Port Harcourt after a siege on the venue of the event by the police.An official of the party confirmed this development to TheCable on Wednesday.The national executive of the party was to be elected at the convention, but that did not happen. Instead, the tenure of the caretaker committee [...] 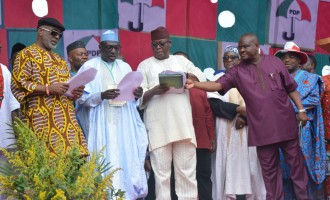 The Ahmed Makarfi-led faction of the Peoples Democratic Party (PDP) says its convention in Port Harcourt will go on as planned despite "reckless" a court order stopping it.In a statement on Monday, Dayo Adeyeye, spokesman of the faction, said the convention would take place because a federal high court in Port Harcourt had given a superior order for it to [...] 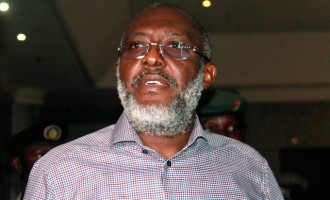 Leave me out of your court cases, Metuh warns warring PDP factions

Olisa Metuh, former national publicity secretary of the Peoples Democratic Party (PDP), says his name was erroneously added to the suit filed against the party's national convention.In a statement released on Thursday by Richard Ihediwa, his media aide, Metuh stressed that he was too preoccupied with surviving his spinal cord ailment to have time for politics.He asked to be left out of PDP's "intra-party controversies"."Metuh wishes to inform [...] 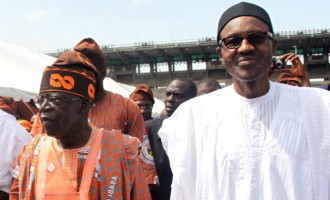 Former governor of Lagos State, Asiwaju Bola Ahmed Tinubu, has dropped his interest in the vice-presidential slot of the All Progressives Congress (APC) in the 2015 presidential election, TheCable understands.Tinubu is making that "personal sacrifice" in the interest of opposition politics in Nigeria, one of his associates said at the weekend.There had been strong speculations that Tinubu was planning to [...] 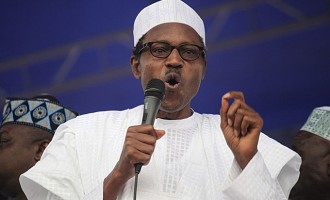 THE INSIDER: The push for Buhari/Fashola ticket

Ahead of the 2015 presidential election, some young northern professionals are pushing for the pairing of Major-Gen. Muhammadu Buhari with Governor Babatunde Fashola on the ticket of the All Progressives Congress (APC).A top member of the group, who declined to be identified, told TheCable that the combination "will be unbeatable" both in electoral and governance terms.Although this will amount to [...]