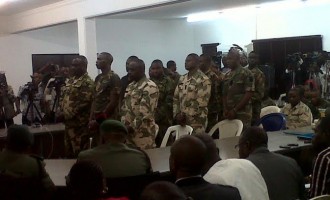 The 7 division of Nigerian Army in Maiduguri, Borno state, has inaugurated a general court martial to try 70 soldiers found wanting in the fight against Boko Haram insurgents.Abdul Khalifa, acting general officer commanding (GOC) of the division, said the court was inaugurated in accordance with section 131(2) (d) of the armed forces act, CAP A20 LFN 2004.He said the [...] 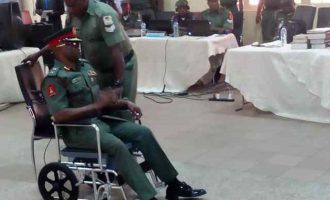 Hakeem Otiki, a major-general standing trial over the alleged theft of millions of naira, has asked Lamidi Adeosun, a lieutenant-general, not to preside over the case.Five soldiers were declared wanted by the Nigerian army after they absconded with a large amount of cash allegedly on the orders of Otiki who was the general officer commanding of the army’s 8 [...] 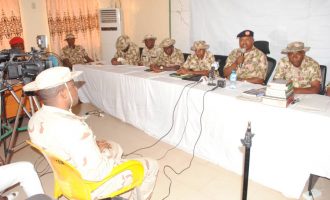 Soldier sentenced to death over ‘murder of five civilians’

A general court-martial sitting in Maiduguri, Borno, has sentenced a soldier to death over alleged murder.John Godwin, a lance corporal, was said to have killed five rescued civilians in Yamteke town.Godwin was serving in the Lafiya Dole operation, Kingsley Mfon Samuel, deputy director 7 division army public relations, said in a statement on Friday.He was charged with murder, which is [...] 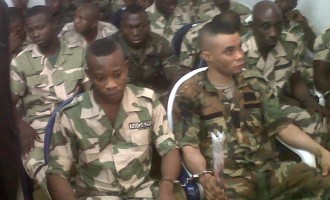 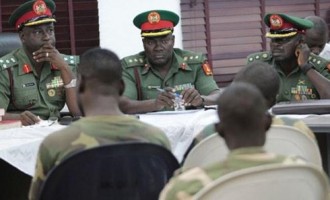 4 more soldiers to die for mutiny

The Nigerian army will arraign 60 out of the 97 soldiers facing the general military court martial at the Mogadishu cantonment, Abuja, on Wednesday.The general court martial, headed by Musa Yusuf, a brigadier-general, was inaugurated on October 2, 2014. However, it adjourned to October 15 for proceedings to commence. It did not try any case after the inauguration.The soldiers are being [...] Three of the 12 soldiers sentenced to death on September 15 by the military general court martial have challenged the trial that led to their conviction at the Court of Appeal.The three soldiers, Igomu Emmanuel, Stephen Clement and Andrew Ngbede, raised 11 grounds of appeal in a case filed for them last Thursday by their lawyer, Godwin Obla. They described [...] 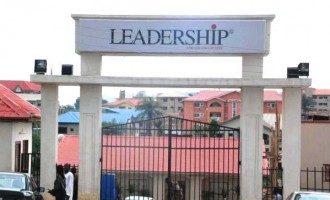 Men in military uniform who said they were acting on "orders from above" have seized thousands of copies of two Abuja-based newspapers, their managements have said.But the military authorities have said the action was as a result of an "intelligence report indicating movement of materials with grave security implications across the country using the channel of newsprint related consignments".The managing director of Leadership [...] 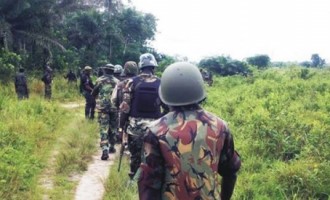 Court-martial proceedings will start this weekend against soldiers who on Wednesday fired at the vehicle of their commander in Maiduguri, Borno State, TheCable has been informed.Preliminary investigation has started mainly to identify the soldiers involved, the extent of their involvement and the next line of action.They will most likely be dismissed and jailed - although those with little involvement may [...]