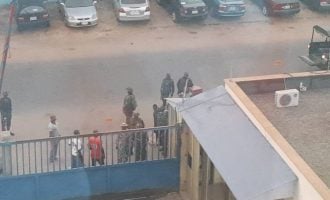 Uthman Abubakar, north-east regional editor of Daily Trust Newspaper, has been released.Mannir Dan-Ali, editor-in-chief of the newspaper, announced the release after receiving Abubakar who was brought into the Maiduguri office by an army officer.On Sunday, soldiers invaded the head office of the newspaper in Abuja and its regional offices in Maiduguri, Borno state capital, and Lagos.The soldiers barricaded the gate [...] 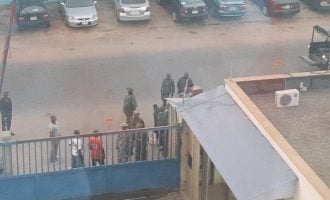 Daily Trust: We’ve not been told the reason for military invasion

Daily Trust says the military is yet to state the reason for invading its offices across the country.On Sunday, soldiers had arrested staff of the newspaper and carted away equipment when they raided the head office of the newspaper in Abuja, its regional offices in Maiduguri, Borno state capital, and Lagos.Among those arrested were Uthman Abubakar, regional editor, and Ibrahim [...] 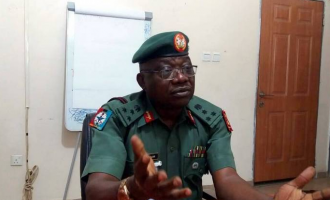 ‘Why we struck’ — military speaks on invasion of Daily Trust offices

John Agim, defence headquarters (DHQ) spokesman, says Daily Trust offices were shut down because of a story published by the newspaper which revealed “the military's plan on the fight against insurgency”.Speaking on a Channels TV programme on Sunday, Agim said by publishing the report, the media house portrayed itself to be “sympathetic” to  Boko Haram terrorists.“I think it is [...] 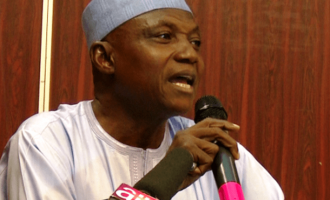 The federal government has issued a directive for soldiers to vacate the offices of Daily Trust newspaper.Soldiers on Sunday invaded the head office of the newspaper in Abuja and its regional offices in Maiduguri, Borno state capital, and Lagos.The reason for the invasion is yet to be known, but the armed soldiers arrested Uthman Abubakar, the newspaper’s regional editor, [...] 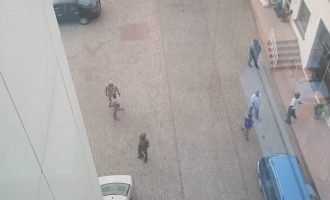 The International Press Centre (IPC) has condemned the military invasion of Daily Trust offices in Lagos, Abuja and Maiduguri, describing it as a threat to democracy.On Sunday, armed soldiers stormed the newspaper's office in Maiduguri and arrested Uthman Abubakar, the regional editor, and Ibrahim Sawab, a reporter.Hours after shutting down the Maiduguri office, soldiers also invaded the newspaper's head [...] 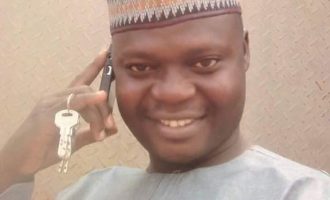 Musa Krishi, a reporter from Daily Trust newspaper, arrested by the Nigerian police force on Tuesday, has been released.Krishi was released shortly after he was picked up at the national assembly by police officers from zone 1 command in Kano.He was allegedly arrested on the orders of Muhammad Badaru, governor of Jigawa state, over an advertorial published in the newspaper.Meanwhile, [...] 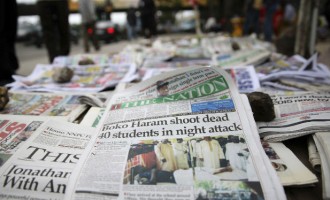 Newspaper owners and journalists have condemned the "siege on media" by soldiers, which entered the second day on Saturday.On Friday, consignment of Leadership and Daily Trust were seized by the soldiers who said they were acting on "orders". This continued on Saturday, with more newspapers being seized.Defence headquarters issued a statement on Friday alleging that there was an intelligence report [...]