Paul Aigbogun, head coach of the Flying Eagles has named captain Ikouwem Utin, goalkeeper Olawale Oremade, midfielder Kingsley Michael and forward Henry Offia in his list of 21 players for this year’s FIFA U20 World Cup finals in Poland.On the list are defender Valentine Ozornwafor – named in the team of the tournament at the U20 AFCON finals in Niger [...] 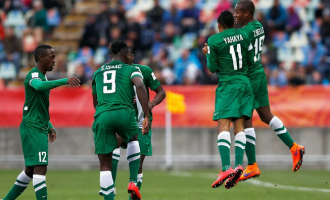 Flying Eagles of Nigeria pipped Niger 1-0 in the U20 Africa Cup of Nations to book a ticket to the 2019 FIFA World Cup in Poland.A second-half goal from Adamu Alhassan was enough to secure Nigeria a place in Poland.The first half ended goalless with the hosts Niger with more chances that they failed to convert.Nafizi Yahaya would have put [...] 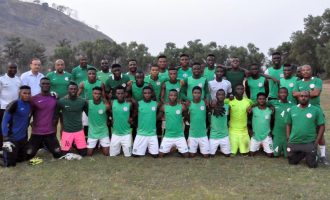 Gernot Rohr says he will include the best Nigerian players in the U20 Nations Cup in the Super Eagles.The Super Eagles technical adviser gave the assurance to the Flying Eagles on Tuesday in Niger."I have decided to pick one or two of them, the best ones, to give them a chance when we regroup for the matches against Seychelles and Egypt [...] 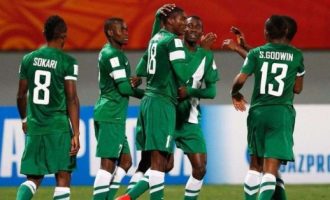 Nigeria's Flying Eagles have been drawn in group A to face hosts nation, Niger, South Africa and Burundi for the U20 Africa Cup of Nations.The draw was held in Niamey, Niger on Thursday.The Nigerian side will play their group matches in Niamey while group B will be in Maradi.The tournament starts on February 2 and ends on the 17th.The top [...] 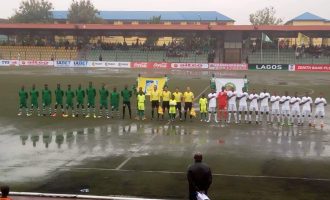 Nigeria on Saturday qualified for the 2019 African Youth Championship following a ruthless 5-0 rout of Mauritania.Kano Pillars starlet Nazifi Yahaya was the hero as he grabbed a hat-trick in the one-sided game at the Agege Stadium in Lagos.Wasiu Alalade and Norway based midfielder Afeez Aremu were also on song for the Paul Aigbogun-tutored team.The Flying Eagles finished 6-1 over [...]

Nigeria’s U20 boys, Flying Eagles, will depart the shores of the country on Wednesday for Guinea Bissau, where they will take on their counterparts in the first leg of a 2019 Africa U20 Cup of Nations second round qualifying fixture on Saturday.The match will take place at the September 24 Stadium in Bissau, starting from 4pm Guinea Bissau time (5pm [...]

International Friendly: Flying Eagles pick a point away to Egypt in Alexandria

Detan Ogundare and Aniekeme Asuquo excelled as the Nigeria U20 team played out an entertaining goalless draw with Egypt U20 on Monday. Kogi United goalkeeper Ogundare, one of kept his side in contention with two vital first-half saves, while Akwa United youngster Asuquo also impressed. The goalkeeper produced an outstanding display of such confidence and assuredness that he has now surely given Aigbogun [...]

Flying Eagles off to Cairo on two–match tour

Nigeria’s U20 boys, Flying Eagles, will on Saturday fly to Cairo for a two –match tour of Egypt as part of the team’s preparations for the qualifying series of the 2019 Africa U20 Cup of Nations.Paul Aigbogun, head coach of the team will lead the new group that is being put together with the mandate not only to return the [...] 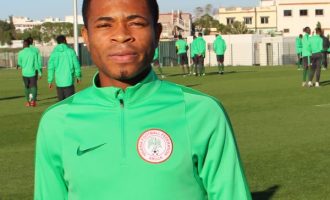 Udoh, Eneji, Ibrahim… all the players invited for U20 AFCON qualifiers

Paul Aigbogun, head coach of the U20 male national team, has called up 28 players for the qualifying series of the 2019 Africa U20 Cup of Nations.Enyimba's Ikouwem Udoh, who was named young player of the year at the AITEO-NFF awards, is among those invited.Also included are Super Eagles B teammates Peter Eneji and Nur Muhammed, as well as Nasarawa United’s [...] 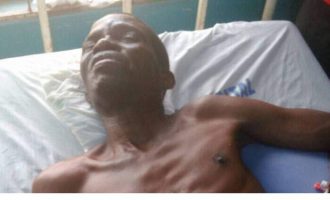 Former Abiola Babes goalkeeper, Ramoni Oba, who was popularly known as Raymond King, has died.His former teammate, Tajudeen Disu, told TheCable that King died after suffering a stroke."It is a sad situation. Raymond was taken out of the general hospital in Ijaiye, Abeokuta to Ikorodu general hospital after two days," Disu told TheCable."When the commissioner of health in Lagos state [...] 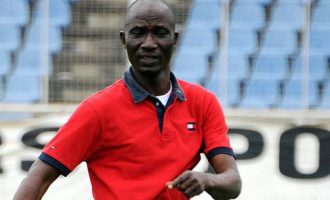 Ladan Bosso, a former Flying Eagles coach, has been appointed as FC Ifeanyi Ubah manager for the 2017/18 Nigeria Professional Football League season.Iyke Nwokedi, media officer of the club, told TheCable that the management of FCIU has reached an agreement with Bosso to manage the Nnewi club in the new season."We (FC IfeanyiUbah Management) can confirm that we have reached [...] 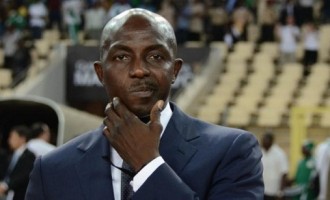 Samson Siasia, former gaffer of the Super Eagles, is among eight coaches being considered to head the Rwandan national football team.His biggest rival for the job is Winifried Schafer, who won the 2002 African Cup of Nations with Cameroon.Siasia, who made his name as a top international striker, scored 16 goals for the Nigerian national team in 51 games before he [...] 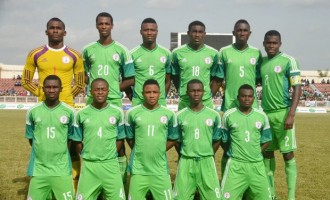 The Flying Eagles on Thursday departed the Nnamdi Azikiwe Airport, Abuja for Khartoum for the 2017 Africa U-20 Cup of Nations qualifying match against Sudan.The team had earlier been scheduled to depart Nigeria on Wednesday but that was put off following some "logistical problems".The team comprising 18 players and nine Nigeria Football Federation (NFF) officials departed Abuja on board an [...] 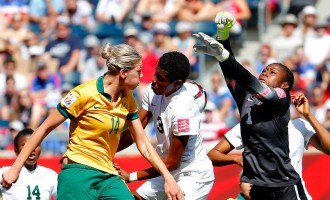 OBITUARY FALCONS, SUPERIt is with great sorrow the family of Super Falcons of Nigeria announces the passing on of the team at the BC Place Stadium, Vancouver, Canada.The team was long plagued with poor coaching and diagnosed of Okonkodiasis during the 2015 World Cup.She was predeceased by sisters of the same name who died four years apart, and a brother, the [...] 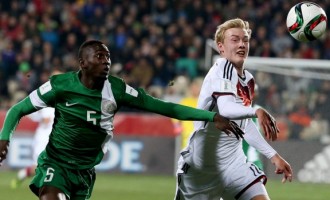 Flying Eagles coach, Manu Garba, has blamed the team’s ouster from the FIFA U-20 World Cup on loss of concentration.Nigeria lost 1-0 to Germany in a round-of-16 clash after a 19th-minute strike from German midfielder Levin Oeztunali proved the difference in front of 5, 288 fans at AMI Stadium.Germany, who have played all four of their matches at the tournament in Christchurch, [...] 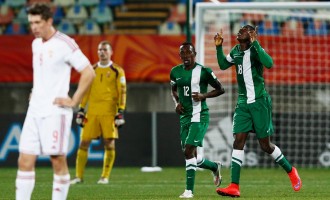 Flying Eagles coach, Manu Garba, is unafraid of their round of 16 opponent Germany in the FIFA U-20 World Cup in New Zealand.Nigeria set up the clash with the Germans at the Christchurch Stadium on Thursday after beating Hungary 2-0 in their last group match.Two goals from Taiwo Awoniyi earned Nigeria second position in the group behind Brazil and they [...]