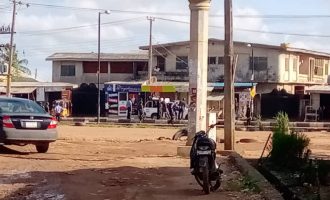 Some soldiers are currently at Jakande in Ijegun, Isolo local government area of Lagos state, over the detention of two policemen.Angry youth had taken the officers to the palace of the traditional ruler in the area after a female trader was killed by a bullet reportedly fired by the security operatives who were chasing some suspected internet fraudsters, better known [...] 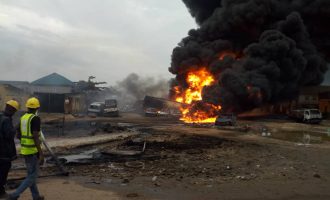 Maikanti Baru, group managing director of the Nigerian National Petroleum Corporation (NNPC), has blamed vandals for the pipeline explosion at Ijegun, a suburb of Lagos state.At least two persons were killed while 30 cars got razed in the incident which occurred on Thursday morning.Speaking with NAN on Thursday, Ndu Ughamadu, corporation's spokesman, said engineers Baru directed to redress the [...] 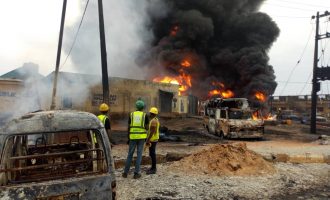 Two people have been killed and 30 cars burnt in an early morning fire outbreak in Ijegun, a community in Igando-Ikotun local council development area of Lagos State.The fire was said to have erupted around 5am on Thursday after some individuals involved in oil bunkering finished scooping fuel from a vandalised pipeline in the area.Residents were said to have scampered [...]