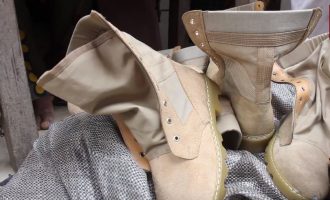 Okezie Ikpeazu, governor of Abia state, has reportedly sent 30 cobblers, commonly known as shoemakers in Aba, commercial city of the state, to China to master the art of shoemaking.In a documentary by The Osasu Show, hosted by Osasu Igbinedion, some of the beneficiaries expressed their joy for the opportunity granted them by the governor.The project, titled 'Made in Aba [...] 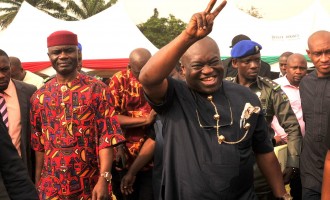 J.C Idogho, counsel to Friday Nwosu, has withdraw an application challenging Okezie Ikpeazu as governor of Abia state.He took the action after he was bashed by a seven-man panel of the supreme court.Nwosu was a contestant in the Peoples Democratic Party (PDP) primary election that produced Ikpeazu as the party's candidate in the 2015 election.On Tuesday, he prayed that the [...] A federal high court in Abuja has fixed March 9 to either discharge or acquit Olisa Metuh, spokesman of the Peoples Democratic Party, (PDP) or make him open defence in the case filed against him by the Economic and Financial Crimes Commission(EFCC).Metuh, who has pleaded innocent since inception of his trial, is facing a seven-count charge of alleged criminal breach [...]