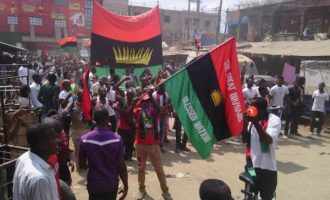 Don’t drag us into your failed war against Boko Haram, IPOB replies army

The Indigenous People of Biafra (IPOB) has asked the Nigerian army not to “drag” the group into its “pitiful plight” in the fight against Boko Haram.The group said this on Thursday while reacting to the claim of the army that it was behind the circulation of a recent video which showed Boko Haram insurgents killing Nigerian soldiers.The security agency claimed [...] 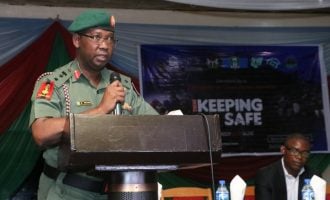 The Nigerian Army says a video clip reportedly released by Boko Haram insurgents portraying the killing of Nigerian soldiers is fake.The army said the incident did not happen in Nigeria, and that the video was doctored and released by the Indigenous People of Biafra (IPOB).The video showed some men held hostage in an open field before being shot dead by [...] 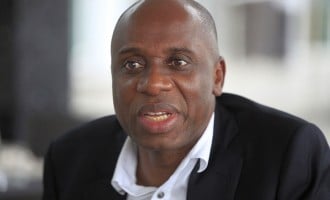 Rotimi Amaechi, minister of transportation, says members of the Indigenous People of Biafra (IPOB) lied about the attack against him in Madrid, Spain.The minister was attacked on Friday while attending a UN conference on climate change.Emma Powerful, IPOB spokesman, said the attack was based on an order from Nnamdi Kanu, its leader.The spokesman said IPOB members “beat the minister”, adding [...] 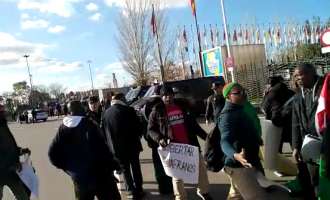 Spanish police officers prevented an angry mob from attacking Rotimi Amaechi, minister of transportation, in Madrid, Spain, on Friday.Young men with flags of the Indigenous People of Biafra (IPOB) had filed out on the street waiting for the minister but the policemen dispersed them peacefully.The incident has been generating reactions on social media.See the video below:https://twitter.com/thecableng/status/1203061259232534533?s=20 [...] 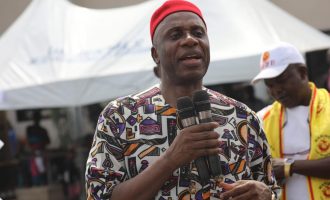 Suspected members of the Indigenous People of Biafra (IPOB) have attacked Rotimi Amaechi, minister of transportation, in Madrid, Spain.The attack took place on Friday, while he was on a "national assignment".In a message shared on his Twitter handle, Amaechi said the attackers were repelled by the Spanish police.“Some minutes ago, I was attacked by a few misguided Nigerians while on [...] 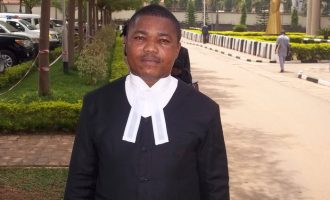 Ifeanyi Ejiofor, lawyer to Nnamdi Kanu, leader of the Indigenous People of Biafra (IPOB), says more than 20 people were killed when the police "raided" his residence in Anambra state on Monday. Following the clash between the police and some suspected members of the proscribed group which led to the "deaths of two policemen", the police had declared Ejiofor wanted. But in [...] 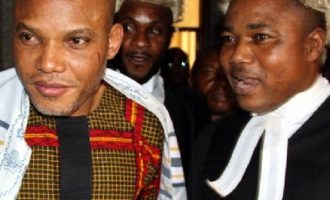 The police have declared Ifeanyi Ejiofor, Nnamdi Kanu's lawyer, wanted for the alleged murder of two policemen at his residence in Anambra state. There was a clash between the police and some suspected members of the proscribed Indigenous People of Biafra (IPOB) at Ejiofor's home in Oraifite, on Monday.The fracas also resulted in the death of at least two civilians.John Abang, [...] 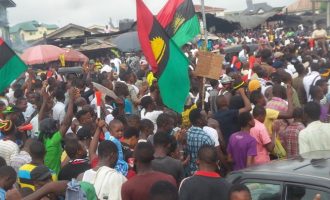 Police: IPOB members killed two of our men in Anambra

The Anambra state police command has accused members of the Indigenous People of Biafra (IPOB) of killing two of its officers.In a statement on Monday, Haruna Mohammed, the command's spokesman, said the officers were attacked while attempting to arrest one Ifeanyi Ejiofor, a lawyer, in Oraifite community in the state.According to Mohammed, when the officers arrived at Ejiofor's house, armed [...] 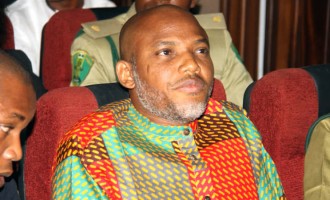 Nnamdi Kanu: I’m ready to face trial in Nigeria if my safety is guaranteed

Nnamdi Kanu, leader of the proscribed Indigenous People of Biafra (IPOB), says he is ready to face trial in Nigeria if his safety is guaranteed by the court.Kanu spoke through Ifeanyi Ejiofor, his counsel, on Thursday, at the federal high court in Abuja.Ejiofor told the court that they had filed an application to restore the IPOB leader’s bail so he could continue [...] 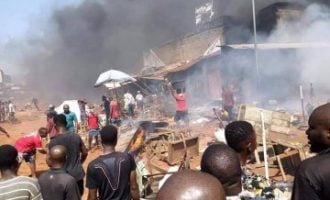 IPOB: Onitsha inferno was designed to wipe out Biafrans

The Indigenous People of Biafra (IPOB) has described the fire incident that occurred in Onitsha, Anambra state, on Wednesday as a "terrorist attack".A woman and her child were killed in the inferno while more than 100 shops with goods such as clothing and electronic appliances were reportedly razed.In a statement by Emma Powerful, IPOB’s spokesman, the group commiserated with the families [...] 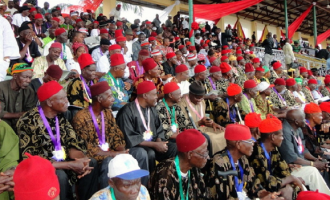 By CHINEMELU NWOKIKEWe cannot allow anyone or any group appropriate a sole franchise to define our Igbo identity, much more proselytise it in a despicable and violent manner. We should not justify it or be indifferent to it. Our history and civilisation extol respect for one another. ~ Nnanna UdeRegardless of our usual social media tittle-tattle if one is blessed with some [...] 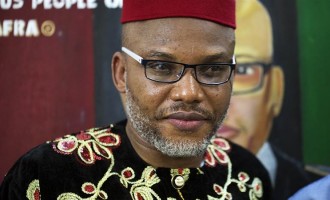 Nnamdi Kanu, leader of the Indigenous People of Biafra (IPOB), has told the United Nations that President Muhammadu Buhari's government is arresting and detaining unarmed protesters in a clampdown on civil rights.Kanu made the allegation in a petition, when he led a delegation to the UN headquarters in Geneva, on Thursday, according a statement from Emma Powerful, spokesman of the proscribed group.The [...] 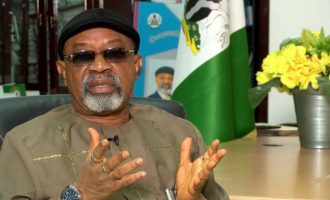 Ngige: Igbo must support APC — they won’t be offered presidency in bedroom

Chris Ngige, minister of labour and employment, says the south-east must support the All Progressives Congress (APC) as nobody will offer the region the position of president on a platter of gold.Speaking in Anambra state on Tuesday, the minister said the region should stop "shouting marginalisation" as power is not given based on sentiment and emotion.He said President Muhammadu Buhari [...] 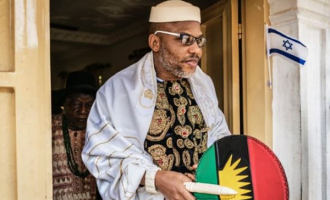 Nnamdi Kanu, leader of the Indigenous People of Biafra (IPOB), says his group will continue to hold Nigerian politicians accountable.Speaking in an interview with Rose Peter Graham of Rose on All Sides on BEN Television, London, Kanu said very soon, all Nigerian governors who have refused to pay workers’ salaries but "travelling aimlessly across the world" would be stopped from doing so.He also described the [...] 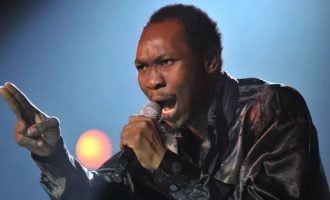 Seun Kuti: Nigerians should inform me when next they plan to beat up politicians abroad 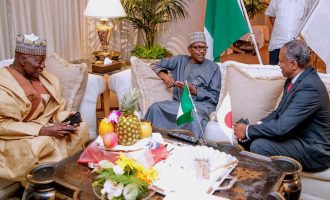 No protest against Buhari in Japan, says Femi Adesina on IPOB’s threat

Femi Adesina, special adviser to President Muhammadu Buhari on media and publicity, says there is no protest or harassment against the president in Japan.On Friday, Nnamdi Kanu, leader of the Indigenous People of Biafra (IPOB), had directed his members in Japan to "disgrace and arrest" the president when he gets to the Asian country.The president arrived Japan on Monday to [...]