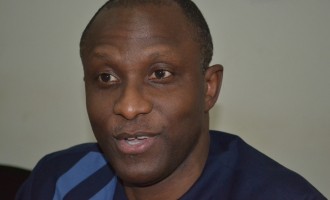 N30,000 as salary of graduates? It’s better than nothing, says Laolu Akande

Laolu Akande, spokesman of Vice-President Yemi Osinbajo, says the N30,000 salary offered to each of the newly-recruited graduates is “better than nothing”.Akande said this while responding to TheCable's question on why the federal government would place graduates on such a meager income."Is it not better than nothing?" he asked.In the buildup to the 2015 election, the All Progressives Congress (APC) [...] 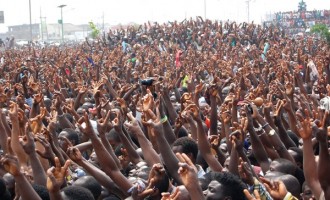 The federal government has employed 200, 000 graduates to work as teachers and agricultural extension workers across the country.Laolu Akande, senior special assistant to the vice president on media, disclosed this at the second presidential economic communication workshop in Abuja on Friday.He said they would only work for two years."We have selected 200,000 graduates out of 500,000. This is the [...] 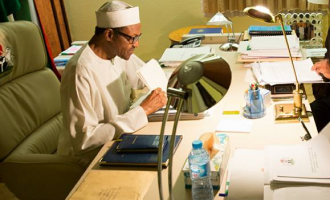 President Muhammadu Buhari has been absolved of all liabilities tied to the emergency economic bill, which seeks to concede more powers to the president.In a statement issued late on Monday night, Laolu Akande, special assistant to the vice president on media and publicity, confirmed the existence of the policy draft but said Buhari had not received it.“The Economic Management Team [...] 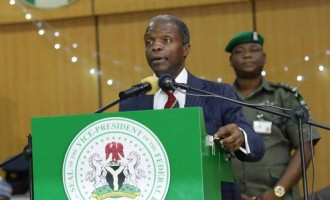 Osinbajo: We’re here at this time because it is the will of God

Nigeria has found itself in the current "interesting" situation "because it is the will of God to deliver the goods and do the right things for this country", Vice-President Yemi Osinbajo said on Tuesday. Osinbajo, who was speaking in Abuja while receiving a delegation of the Muslim Lawyers Association at the presidential villa, also urged Nigerians to be free to practise their religion [...] 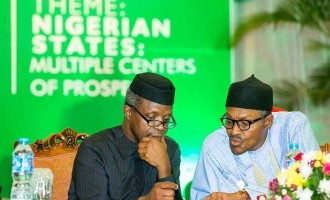 Osinbajo: No Nigerian president has made provision for the masses like Buhari

Vice President Yemi Osinbajo says the N500 billion social investment scheme of the President Muhammadu Buhari-led government is the largest social protection programme in the history of Nigeria.According to Laolu Akande, senior special assistant to the vice-president on media and publicity, Osinbajo said this on Saturday at a breakfast event attended by some presidents and heads of delegations to the [...] 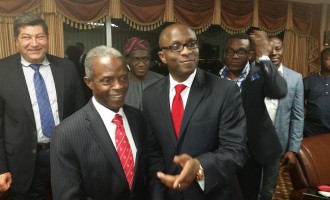 Presidency has described as "inaccurate" reports that the office of the vice-president was involved in secret recruitment at the Federal Inland Revenue Service (FIRS).Addressing state house correspondents on Thursday, Laolu Akande, senior special assistant to Vice-President Yemi Osinbajo, said the current administration was working towards sanitising the recruitment process and making it more transparent.The reports, which said relatives and cronies of top government officials, [...] 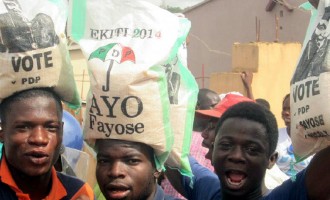 The federal government is confident that the 2016 budget will lift Nigerians out of poverty and hardship with the payment of N5000 to one million extremely poor Nigerians.According to Laolu Akande, spokesman of Vice-President Yemi Osinbajo, the presidency is set to implement the N500 billion earmarked in the budget for social welfare.He gave new details and a breakdown of the [...]

Vice-President Yemi Osinbajo on Thursday said Nigerians know what to do to make the country work, but the problem has always been implementation of ideas.He said the current administration was committed to transforming brilliant ideas to reality.He was speaking at the presidential villa when he received a delegation of Nigerian CEOs who attended the Indian Manufacturing Conclave-an industrial conference in New [...] 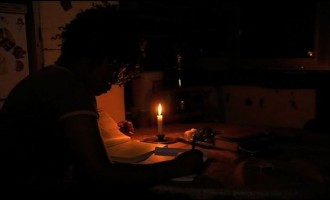 The epileptic power supply across the country may continue till next month.This was revealed during the visit of Vice-President Yemi Osinbajo to Forcados Export Terminal, which was attacked by suspected militants in February.According to Laolu Akande, spokesman of the vice-president, a repair plan presented to Osinbajo by Shell officials, operators of the facility, said the first part of the repair work, [...]

The federal government says it has budgeted N5,000 each for one million “extremely poor” Nigerians, as a total of N500 billion has been allocated for social investment in the 2016 budget.Insisting that President Muhammadu Buhari and the ruling All Progressives Congress (APC) never promised to pay unemployed graduates N5,000, the administration said it still has plans to empower those who do [...] 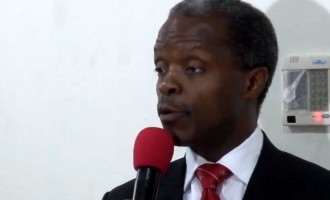 Nigeria can do without oil, says Osinbajo

Vice-President Yemi Osinbajo on Monday said the country had everything needed to build and sustain a vibrant economy in spite of the drop in global oil prices.According to Laolu Akande, senior special assistant on media and publicity to the vice-president, Osinbajo said this during an interactive meeting with a group of international investors at the state house.Akande said the interaction [...]

The Johannesburg Stock Exchange (JSE) has suspended trading in MTN group’s shares, following a loss of N1.048 trillion in its market worth after the Nigerian Communications Commission (NCC) N1.04tr fine.MTN was fined on N1.04tr for failure to disconnect 5.1 million unregistered subscribers within the stipulated deadline.Immediately after the fine, MTN stock took a red turn, the company experiencing over 12 percent [...] 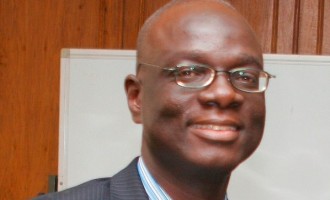 President Muhammadu Buhari has approved the appointment of Rahman Adeola Ipaye (pictured), immediate past attorney-general of Lagos state,  as deputy chief of staff and Laolu Akande as senior special assistant (media and publicity) in the presidency.According to Femi Adesina, presidential spokesman,  the two new appointees will work in the office of  the vice president.Ipaye studied at the University of Lagos [...] 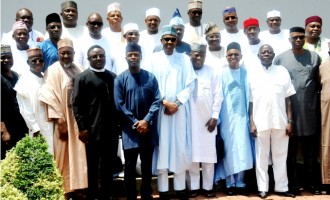 State governments will start accessing N250 billion to N300 billion intervention of the administration of President Muhammadu Buhari in a matter of weeks, Lalolu Akande, spokesman of Vice President Yemi Osinbajo said on Monday.Explaining that the assistance will come in three phases, he said: “Specifically, state governments will start benefiting from the special intervention fund of between N250bn to N300bn in [...]