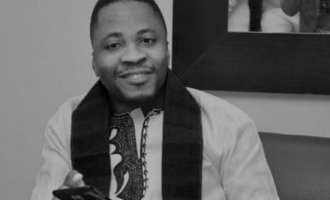 The Lagos State Traffic Management Authority (LASTMA) says Ola Oyeshina, one of its officials attacked by hoodlums has died.In a statement on Saturday, Olajide Oduyoye, LASTMA general manager, said the incident happened about 5pm on Friday while the officer was on duty around Iganmu-Sifax axis of Apapa.He said the official, who was hit with a large stone, slipped into a [...] 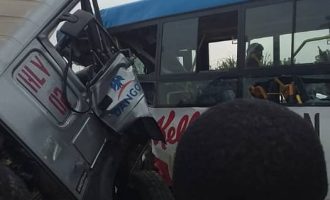 One dead, many injured as Dangote truck collides with BRT bus in Lagos

A female passenger was killed after a truck of Dangote cement collided with a BRT bus in Ikorodu area of Lagos state about 10am on Tuesday.Olufemi Oke-Osanyintolu, director-general of LASEMA, who disclosed this in a statement, said all the occupants of the bus sustained injuries and that an investigation would be conducted on the incident.‘’On getting to the scene of incident, [...] 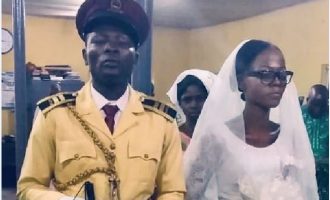 Sanwo-Olu to LASTMA: If my brother breaks the law, don’t spare him

Babajide Sanwo-Olu, governor of of Lagos state, says his administration will not condone any act of indiscipline.Speaking when he visited the head office of the Lagos State Traffic Management Authority (LASTMA) in Oshodi on Friday, Sanwo-Olu charged the agency to deal with traffic violators.He said even if it is his brother who is on the wrong side of the law, he [...] 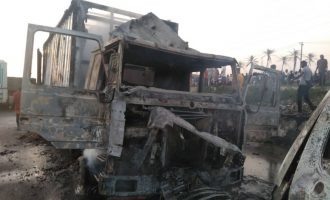 At least 10 vehicles reportedly got burnt on Tuesday morning after a tanker explosion occurred around Barracks bus stop along the Lagos-Badagry expressway in Lagos.The incident occurred as commuters were heading to work in the early hours of the day.Witnesses said a tanker fully laden with petrol had fallen due to the poor condition of the road, spilling its contents on [...] 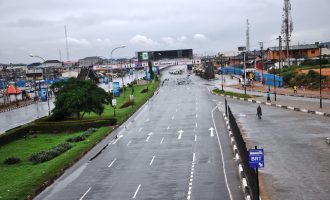 Avoid Lagos Island if you can, says LASTMA on closure of third mainland bridge

Olawale Musa, general manager of the Lagos State Traffic Management Authority (LASTMA), has advised motorists without urgent need to move in and out of the Island to avoid the alternative routes in view of the closure of the third mainland bridge.Mamud Hassan, spokesman of LASTMA, quoted Musa as saying this while addressing his men on the measures taken to ease traffic [...] 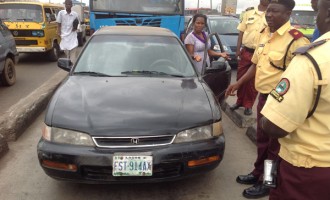 Chris Olakpe, chairman, Lagos State Traffic Management Authority (LASTMA), says the agency arrests at least 880 motorists are arrested on a daily basis over breach of traffic rules.Olakpe said each of the 44 zones of LASTMA make minimum 20 arrests daily.According to him, mobile courts hear and determine the cases and give fines.He said LASTMA had established a protocol unit to ensure [...] 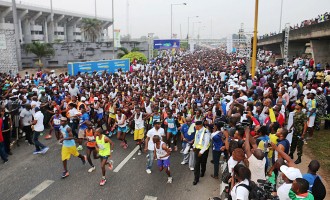 Lagos State Traffic Management Authority (LASTMA) has announced alternative routes for motorists in preparation for the upcoming city marathon scheduled for February 10.In a statement, Mahmud Hassan, public affairs officer of LASTMA, said the marathon will start at the National Stadium, Surulere and end at Eko Atlantic City, Victoria Island.According to Hassan, motorists and commercial vehicles plying certain routes would [...] 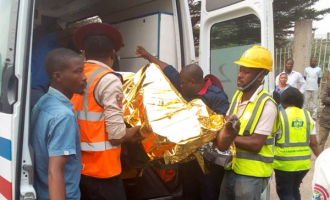 ’10 dead’, many injured in gas explosion at Lagos station

Gas tanks at the Second Coming gas station in the Magodo area of Lagos exploded on Monday resulting in an inferno.At least 10 persons died in the inferno, according to Channels Television.The inferno, which was triggered by a spark from a car at the station, has already spread to surrounding buildings.The gas plant is located on CMD Road, opposite Magodo [...] 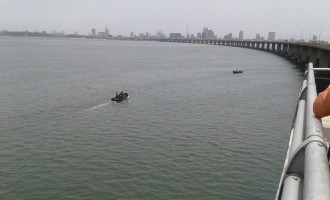 A policewoman attached to zone 2 of the Lagos state police command was killed while 19 persons were rescued in a boat mishap which occurred in the Oworonshoki end of third mainland bridge area of Lagos state.Oluwadamilola Emmanuel, managing director of the Lagos State Waterways Authority (LASWA), who confirmed this in a statement, said the tragic incident occurred around 9:30am [...]

The Lagos State Traffic Management Authority (LASTMA) on Monday said it had dismissed 20 of its personnel over corrupt practices.Mahmud Hassan, LASTMA’s head of public affairs, confirmed the dismissal to journalists in Lagos.He said the action was part of efforts by the state government to reposition, improve the agency so that it could continue to offer better services to the [...] 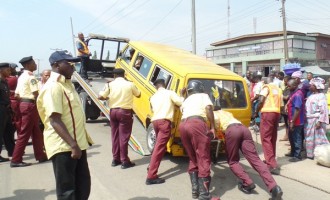 Dayo Mobereola, Lagos state commissioner for transportation, has revealed that at least 100 officials of the Lagos State Traffic Management Authority (LASTMA) were dismissed in the last one year.Mobereola said this on Friday while responding to questions from journalists at the ongoing annual ministerial briefing to mark the one year anniversary of the administration of Akinwumi Ambode, governor of Lagos.The [...] 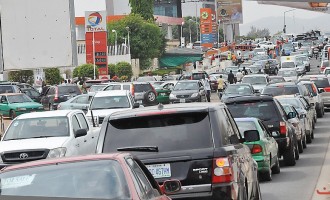 The Lagos state government says it would no longer allow vehicles queuing for fuel to obstruct the free flow of traffic across the state.Lamenting the effect of fuel queues, the government threatened to impound vehicles that cause traffic gridlock, and also sanction filling stations that do not conduct their operations in a smooth manner.Dayo Mobereola, commissioner for transportation, said this [...] 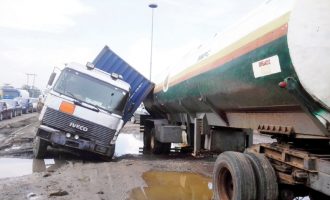 Lagos: Between the traffic law and incessant mishaps

“The Lagos traffic law is impotent. I can recall that the past and present governments made several laws which eventually didn’t find a footstool; the traffic law is one of them. I have lost two cars to bad road and a container truck in Lagos.”Rahman Adewale, a motorist who has ‘lost two cars’ to articulated trucks on Oshodi-Apapa expressway and [...]

The deplorable state of the ever busy Iyana Itire, Ilasamaja roads along Apapa-Oshodi expressway which causes massive traffic and damages to vehicles plying the route has generated a lot of worries for transporters and residents alike.On the backdrop of a recent incident that saw a container crush a mini delivery bus as the driver (Sunday Eneche) and his motor boy [...] 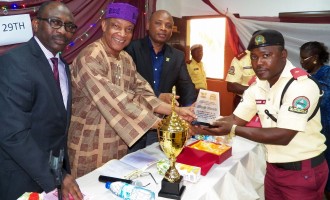 Akinwunmi Ambode, governor of Lagos state, has replaced Young Arabamen (pictured handing out an award) as chief executive officer of the Lagos State Traffic Management Authority (LASTMA).Chris Olakpe, a retired assistant inspector-general of police, takes over from Arabamen who, like him, served as a commissioner of police in the state.Habib Aruna, chief press secretary to the governor, confirmed this in a [...]