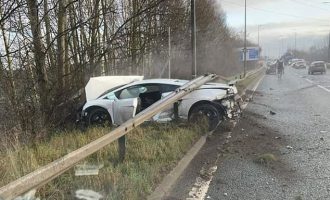 Sergio Romero, Manchester United second-choice goalkeeper, on Monday, escaped unhurt after crashing his car near the club's Carrington training ground.The 32-year-old Argentine shot stopper was said to have smashed his Lamborghini supercar -- worth £170,000 -- on the Carrington Spur road through Ashton, very close to the Reds’ training ground.Photos and videos have also surfaced across social media platforms of Romero's [...] 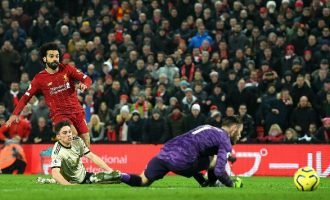 Liverpool defeated Manchester United 2-0 at Anfield to extend their lead at the top of the English Premier League table to 16 points ahead of Manchester City -- and with a game in hand.It was a commanding display from Jurgen Klopp's side who remain unbeaten this season, with goals from Virgil van Dijk and Mohammed Salah doing the damage against [...] 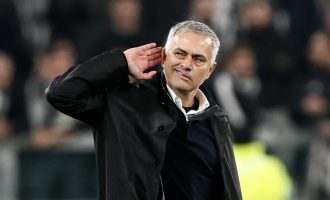 Jose Mourinho has been appointed as Tottenham's new head coach following the sacking of Mauricio Pochettino.The Portuguese gaffer, who had been out of work since leaving Old Trafford in December 2018, is now back in the English Premier League to take over from Pochettino, who was sacked on Tuesday night.Daniel Levy, Tottenham chairman, while commenting on the appointment, described Mourinho [...] 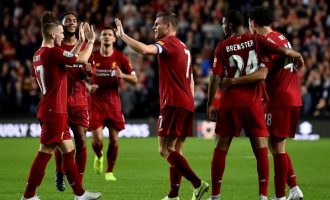 Liverpool triumphed 5-4 on penalties against Arsenal to qualify for the quarter finals of the Carabao Cup after a goalfest that ended 5-5 at full time.Divock Origi and Gabriel Martinelli both scored braces, and further goals were delivered by Ainsley Maitland-Niles, Alex Oxlade-Chamberlain, Joe Willock and James Milner. Arsenal's four goals was the third time they achieved the feat at [...] 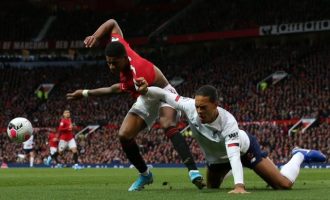 Manchester United dominated Liverpool but had to settle for a 1-1 draw at Old Trafford in a feisty, end-to-end game between arch rivals of English football.Marcus Rashford and Adam Lallana scored for Man United and Liverpool respectively.The draw means Liverpool’s bid of equaling Man City’s record 18 straight wins was halted on a day Ole Gunnar Solskjaer showed there [...] 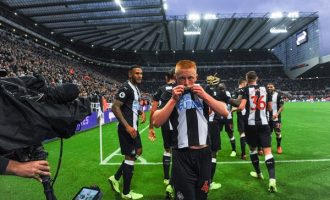 Man United slump to another defeat at Newcastle

Manchester United lost at relegation-haunted Newcastle United with Matty Longstaff's debut goal consigning the Old Trafford giants to yet another defeat after a poor display.On a day when their neighbour, Manchester City lost at home, the Mancunians' performance at lowly Newcastle United was not a sight to behold.The loss was Man United's third of the season and consigned them to [...] 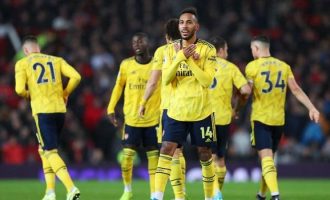 Manchester United and Arsenal continued their underwhelming start to the season on Monday night, playing out a disappointing 1-1 draw at the Old Trafford.After  making big-money signings in the summer, the two great rivals and former giants of English football were dire and average.Scott McTominay scored for Man United while Pierre-Emerick Aubameyang scored a gift-wrapped equaliser for Arsenal.The draw means Manchester [...] 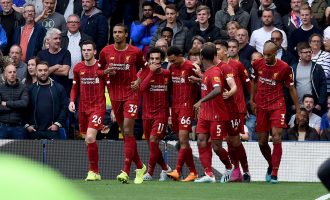 Liverpool proved their title credential with a deserved 2-1 away win over Chelsea at the Stamford Bridge to maintain their 100% start to the season.Goals from Trent Alexander-Arnold and Roberto Firmino ensured Jurgen Klopp’s Reds made it six wins from six.The win means Jurgen Klopp’s juggernauts have won 15 league games on the bounce. They also became the first team [...] 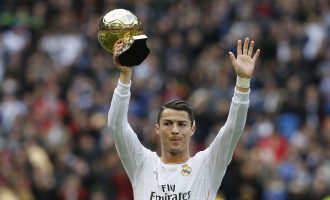 Cristiano Ronaldo, a Portuguese professional football player who also plays for Juventus, says he has to win more Ballon d'Or awards before he retires.This, he said, would ensure he retires as the greatest player of all time; ahead of Lionel Messi, an Argentine footballer who also plays for Barcelona.The Ballon d'Or is an annual football award presented by France Football, [...] 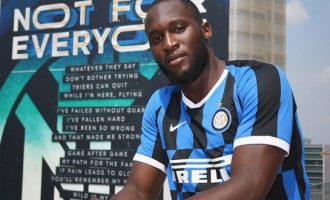 Inter Milan have completed the signing of Romelu Lukaku from Manchester United for a €80 million (£74m/$90m), putting an end to a summer saga that sees the striker unite with Antonio Conte, his former coach.The deal was sealed on Thursday, barely hours to the transfer deadline. The striker also put pen to paper with the Serie A side a contract that [...] 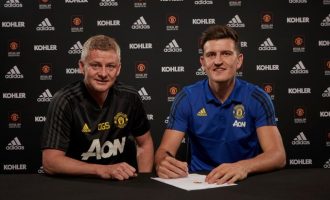 Manchester United have signed long-term target, Harry Maguire in a world-record £80 million deal from Leicester City.The transfer fee eclipses the £75 million paid by Liverpool for commanding centre back, Virgil van Dijk in January 2018. The 26-year-old also becomes the most expensive English player but is the second most expensive signing in English football behind new teammate, Paul Pogba’s transfer [...]

Manchester City product Ayotomiwa Dele-Bashiru has revealed reasons why he passed up an opportunity to wear the colours of the English national team in favour of Nigeria.Flying Eagles coach, Paul Aigbogun included the playmaker in his squad for the 2019 FIFA U20 World Cup in Poland.The attacking midfielder made three appearances as the Nigeria U20 team crashed out in the [...] 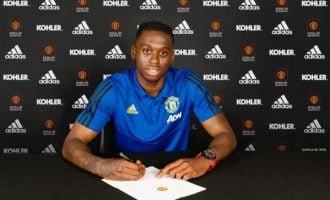 Manchester United have splashed the cash in their second business of the summer transfer window, signing 21-year-old full back, Aaron Wan-Bissaka, for a reported £50 million from Crystal Palace.The club confirmed the deal with a statement released on its website on Saturday afternoon as preparations are ongoing for the new season which starts in August, with pre-season due from July.“Manchester [...] 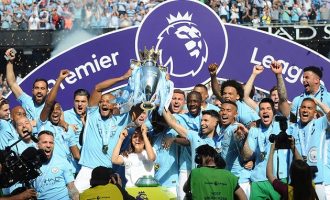 Manchester United will begin their Premier League campaign at home to Chelsea after the fixtures for the 2019-2020 season were confirmed on Thursday.Ole Gunnar Solskjaer is expected to begin his first full season in charge on August 11, with a clash against the Europa League winners, who may likely employ a new manager, after reports claim Maurizio Sarri may leave the club [...] 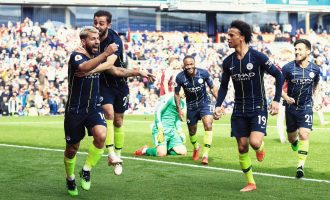 City to the top, Man Utd back at sixth as Arsenal get thrashed

Manchester City prevailed 1-0 over Burnley thanks to Sergio Aguero’s second-half strike, helping Pep Guardiola’s team reclaim first position on the English Premier League table.Following Liverpool’s 5-0 win on Friday, a meeting against the sturdy Burnley was seen as a real test for City’s relentless juggernauts. Although it was a tough afternoon, City dominated and Aguero’s goal just after the [...] 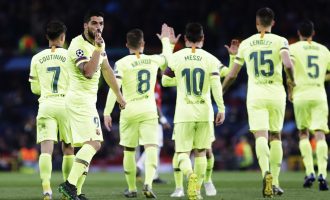 Barcelona earned a comfortable 1-0 win over Manchester United at Old Trafford, thanks to an early own goal. Ole Gunnar Solskjaer's wheels did not pick up speed in a spirited but blunt display from his wasteful boys, especially Rashford who was aiming for the stars with his opportunities.Man United got the first sight of goal from a free kick on [...]