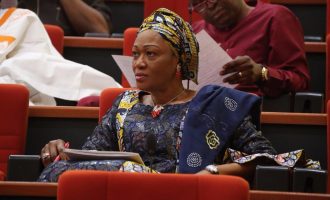 The national assembly office of Remi Tinubu, senator representing Lagos central, has been reportedly burgled.In a statement on Thursday, Nifemi Aje, the senator's aide, said the incident was discovered on Wednesday when the staff resumed work.According to Aje, the suspected burglars destroyed the CCTV and carted away some "critical items".He said the incident has been reported to the national assembly [...] 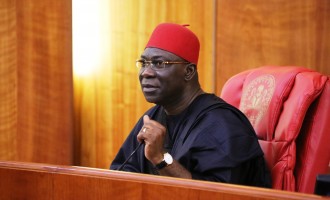 Ike Ekweremadu, deputy senate president, says the unitary police system the country operates has failed it woefully.Ekweremadu said this in a New Year message to Nigerians.The senator said the country had sub-national police services from the colonial period up to 1966 and "Nigeria was better off" then.The deputy senate president urged Nigerians to push for the passing and signing [...] 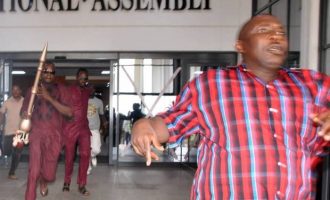 DSS siege, mace theft, booing of Buhari and other events that shook n’assembly in 2018

The national assembly witnessed significant events in the year 2018. Some of these occurrences were also unprecedented following the tides of political happenings during the year. No one ever thought that a senate president would defect from a ruling to an opposition party. It was quite an interesting year and here are some highlights of major events brought to you by [...] 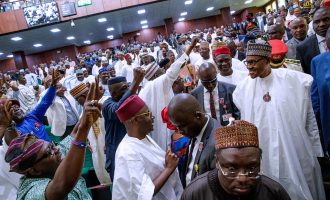 Buhari: Heckling is part of the democratic process

The news that President Muhammadu Buhari was interrupted and booed intermittently by some lawmakers while presenting the appropriation bill to the national assembly recently has been trending on the social media. Also trending is a list of the lawmakers said to have booed the President during the rowdy session. As should be expected, the PDP issued a statement claiming it [...] 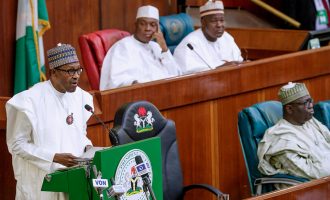 "Campaign speech", "lies", "noooo" rent the air while President Muhammadu Buhari was giving a speech at a joint session of the national assembly on Wednesday.Buhari was about to lay before the lawmakers a budget proposal of N8.83 trillion for the 2019 but delivering the speech proved to be a difficult task because it appeared that some lawmakers got an opportunity [...] 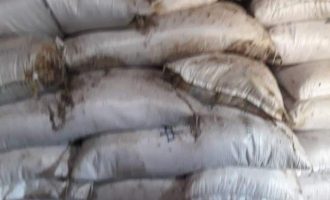 Distribution of ‘expired rice to NEMA staff a hoax’

Some individuals have said the news making the rounds that expired Chinese rice was distributed to staff of the National Emergency Management Agency (NEMA) is a mere hoax.There have been reports that several staff of the emergency agency were given Chinese rice.But an official who simply identified himself as: “We were as shocked as other Nigerians when we read in [...] 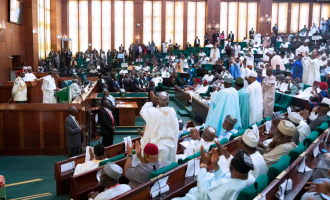 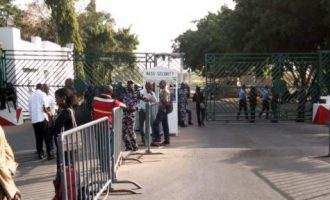 Security tightened at n’assembly ahead of Buhari’s budget presentation

Security has been beefed up at the national assembly complex ahead of President Muhammadu Buhari’s visit to present the 2019 appropriation bill.Buhari is billed to present the budget proposal before a joint session of the assembly at 11am on Wednesday.The combined teams of security agencies have been deployed at the three entrances into the complex.The entry points are the main [...] 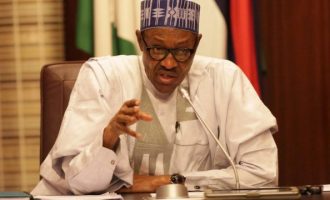 President Muhammadu Buhari has accused the national assembly of inflating the debt of the federal government to states.The national assembly had approved the refund of N488.7 billion to state governments for projects they executed on behalf of the federal government.But in a letter read on the floor of the upper legislative chamber by Senate President Bukola Saraki on Tuesday, Buhari [...] 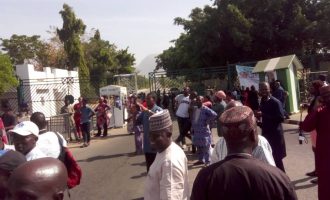 The police have refused workers entry into the national assembly.The national assembly workers under the aegis of Parliamentary Staff Association of Nigeria (PASAN) commenced a four-day strike on Monday.They also cut off off water and power supply to the premises.While milling around the entrance of the national assembly on Tuesday, TheCable overheard some of the workers accusing their colleagues of betraying [...] 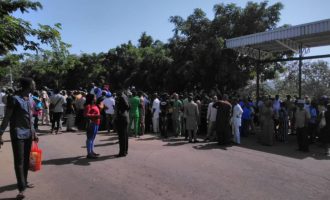 Members of the Parliamentary Staff Association of Nigeria (PASAN) have begun their four-day warning strike.The workers had issued a strike notice on Sunday. As of the time of filing this report, entrances to the assembly complex had been blocked while the workers also cut off water and power supply to the premises of the assembly.They are demanding to be paid [...] 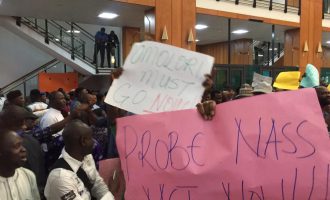 The Parliamentary Staff Association of Nigeria (PASAN) says it will embark on a four-day warning strike beginning from Monday.Bature Mohammed, chairman of the association, said the decision to embark on the strike was taken at an emergency congress held on Friday.The strike would commence two days to the presentation of the 2019 budget by President Muhammadu Buhari.In a letter to [...] 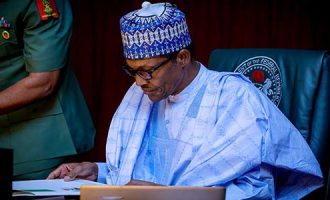 BY TONY ELUMUNORA noisy but silly debate is on; whether the National Assembly could muster two-thirds majority vote to override President Mohammadu Buhari’s veto of the latest Electoral Bill which he declined to sign into law.Question: Why did Buhari refuse to sign the bill? He explained: “I am concerned that passing a new electoral bill this far into the electoral [...] 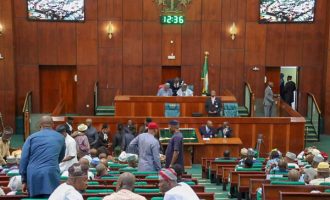 The Buhari Media Organisation (BMO) says President Muhammadu Buhari saved the country from a chaotic poll by withholding his assent to the electoral act amendment bill.The group said this in a statement jointly signed by Niyi Akinsiju and Cassidy Madueke, its chairman and secretary."It is trite that the deployment of a new electoral law only two months to an election [...] Joshua Dariye, former governor of Plateau state, is reportedly still being paid his allowances.In June, an FCT high court convicted Dariye for laundering public funds to the tune of N1.162bn.He was subsequently imprisoned for 14 years, although his prison term was later reduced to 10 years by a court of appeal in Abuja.The senator representing Plateau central district is said to [...] 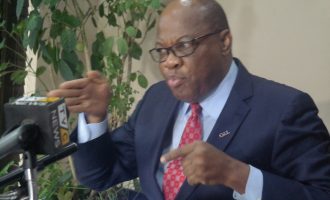 Olisa Agbakoba, a senior advocate of Nigeria (SAN), has asked the national assembly to override President Muhammadu Buhari and pass the electoral act amendment bill, 2018.He said the bill would improve the credibility of elections conducted by the Independent National Electoral Commission (INEC) and also give legal backing to the use of card readers in the polls.Buhari had rejected the [...]