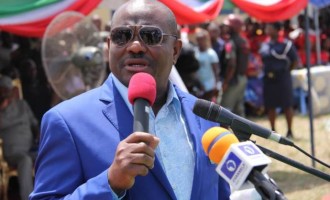 Nyesom Wike, governor of Rivers state, says governors in the Peoples Democratic Party (PDP) are inaugurating “key projects” unlike their counterparts in the All Progressives Congress (APC) “commissioning wheel barrows.”Wike said this on Friday when the newly-constructed governor’s office in Ado-Ekiti, Ekiti state, was inaugurated.He said while Ayodele Fayose, governor of the state — from the PDP — had meager [...] 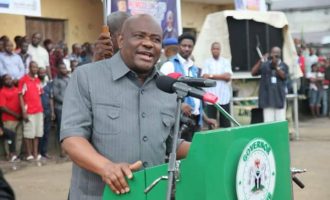 Lauretta Onochie, an aide of President Muhammadu Buhari, says Nyesom Wike, governor of Rivers, is paranoid.Onochie was reacting to some comments made by Wike when he appeared on Sunrise Daily, a Channels Television programme, on Monday.While on the programme, the governor alleged that "federal might" was being used against him in the state."Some many strategies have been mapped out. They [...]

Chris Ngige, minister for labour and employment, says it is illegal for employers to pay salaries below the minimum wage.Speaking on Saturday at the public hearing on minimum wage for the south-south zone in Port Harcourt, the minister said the minimum wage is “a price floor below which workers may not yield their labour.”He said the concept of minimum wage [...] 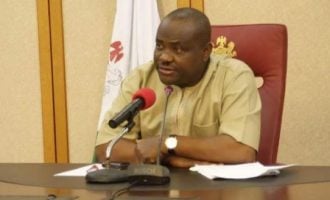 Wike claims FG planning to set him up abroad

Nyesom Wike, governor of Rivers state, has alleged that the federal government is planning to set him up.He said the government is planning to use its security agencies to plant implicating items on him whenever he travels abroad.The governor said this on Sunday in a statement issued by Simeon Nwakaudu, his special assistant on electronic media.“My investigation reveals that the [...]

Nyesom Wike, governor of Rivers state, says Theophilus Danjuma's statement about the alleged non-neutrality of the nation's armed forces is the "obvious truth".On Saturday, Danjuma, a former minister of defence, accused the army and other security agencies of colluding with killers to attack Nigerians."The armed forces are not neutral. They collude with the armed bandits. They kill people, kill Nigerians. [...]

A group known as the Free Rivers Development Initiative (FRDI) has called on Ibrahim Idris, inspector-general of police (IGP), to stop Nyesom Wike, governor of Rivers, from inaugurating the neighborhood corps.Wike gave assent to a bill establishing the neighbourhood safety corps on Thursday.Some of the functions of the corps include detection of crime, arrest of offenders with or without a warrant [...] 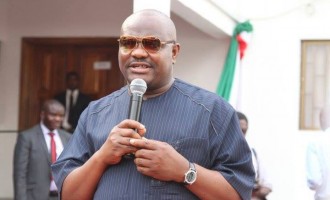 Nyesom Wike, governor of Rivers, says the All Progressives Congress (APC) is dead in the state.According to Simeon Nwakaudu, media aide of the governor, Wike said this while reacting to the planned visit of President Muhammadu Buhari to the state.Buhari is currently on a tour of states which recorded acts of violence this year. He is billed to be in Benue on [...] 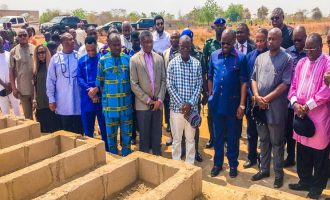 Nyesom Wike, governor of Rivers state, has donated N200 million to the people of Benue state who were displaced from their homes following herdsmen attacks.He made the donation when he visited the state on Wednesday to commiserate with Samuel Ortom, his Benue counterpart, and the people of the state.The governor said the donation was for the purchase of relief materials [...] 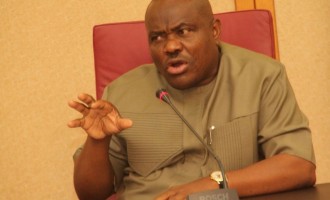 No land for cattle colony in Rivers, says Wike

Nyesom Wike, governor of Rivers, says there is no land for cattle colonies in the state.The governor said this on Tuesday when he received members of D-Source Connect Group in Port-Harcourt, the state capital.The federal government had proposed cattle colonies as a measure to end the incessant clashes between herdsmen and farmers/communities in the country.But some states, including Benue where [...]

Wike’s bounty and a safe nation

Did Wike’s bounty create the magic that found those agents of the tragic, the killers who menaced his state, and served their gang a bitter fate? – Ikeogu Oke, “Wike’s Bounty”As we seek solutions to the mass killings that have wracked our nation’s peace in recent times, the N200 million bounty Rivers State Governor Nyesom Wike placed on the killers [...] 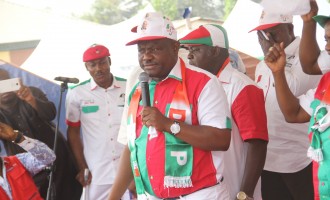 Wike: If election holds 100 times in Rivers, PDP will win

Nyesom Wike, governor of Rivers state, says that the electoral prospects of the Peoples Democratic Party (PDP) in the state has brightened owing to the "remarkable performance of his administration".Speaking during a radio interview in the state capital, Wike said the programmes rolled out by his administration have made the PDP popular among the electorate."If elections are held 100 times [...]

Kidnappers, cultists, armed robbers to get death penalty in Rivers

Nyesom Wike, Rivers state governor, has warned kidnappers and cultists to leave the state or risk death sentence.The warning is coming on the heels of the amendment of the state anti-kidnapping law prescribing death sentence for criminals involved in cultism, robbery and kidnapping.The governor said this on Tuesday in Port Harcourt in a statewide broadcast on the killing of Johnson [...] 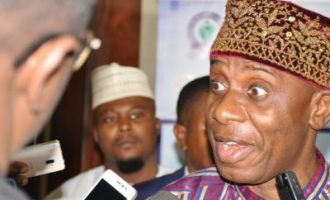 Rotimi Amaechi, minister of transportation, says Nyesom Wike, governor of Rivers state, is playing “witchcraft" politics in the state.Amaechi said this on Monday in reaction to the killings in parts of Rivers.Thirty persons were reportedly killed in two separate attacks in the state, including in Omoku community.In an address to Rivers citizens, Amaechi accused the governor of “failing” in his [...] 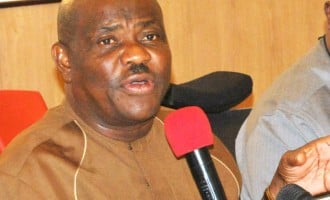 Silverbird Television has announced the winners of the 2017 edition of its yearly awards "instituted to recognise individuals who have affected the lives of Nigerians positively".In a statement issued on Thursday, the organisation said the public had voted Nyesom Wike, governor of Rivers state, as the Silverbird Man of the Year for 2017."Wike was nominated for the award for embarking on [...]

Wike: Just like insurgency fund, $1bn should also be voted for Ogoni clean-up

Nyesom Wike, Rivers state governor, says the $1 billion approved by governors reportedly for the fight against insurgency is illegal.He said this on Friday while speaking with state house correspondents after meeting with President Muhammadu Buhari at the presidential villa, Abuja.Wike said while the fight against insurgency remains vital, such an approval is against the law.He said the same amount [...]