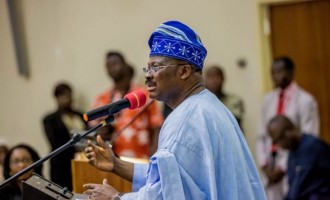 Abiola Ajimobi, governor of Oyo state, has vowed to appeal against the judgment of an Ibadan high court, which annulled the review of the 1957 olubadan chieftaincy declaration and other related chieftaincies.Ajimobi spoke during the inauguration of a block of classrooms donated to the Community Secondary School, Ajara,  by Akinlolu Olujinmi, a former attorney-general of the federation.Ajimobi also said the [...] 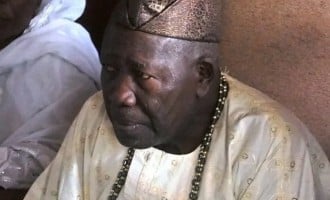 Kudirat Aduke, wife of Saliu Adetunji, the olubadan of Ibadan land, is dead.Alhough details her death have not been revealed, the aged Olori, who is the oldest wife of Adetunji died on Thursday a statement from the monarch’s palace disclosed.Adeola Oloko, director, media and publicity for Adetunji said that Aduke died in the early hours of Thursday at the age of [...] 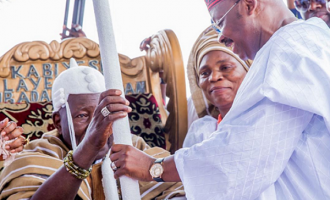 Olubadan blows hot: None of my predecessors were removed — I will not be an exception

Saliu Adetunji, olubadan of Ibadan, says the threat to remove him is an affront to the people.He said no olubadan has ever been recommended for removal, and his reign will not be an exception".On Monday, the Ibadan council of obas issued a 21-day ultimatum to Adetunji.They accused him of acts unbecoming of his office as the paramount ruler of the [...]

Olubadan gets 21-day ultimatum to ‘act right’ or lose throne

The Ibadan council of obas on Monday issued a 21-day ultimatum to Saliu Adetunji, Olubadan of Ibadan, to conduct his activities according to provisions of the olubadan chieftaincy review or get a vote of no confidence.Speaking with journalists at Mapo Hall in Ibadan, Lekan Balogun, most senior oba to the olubadan, accused Adetunji of flouting provisions of the chieftaincy law by [...] 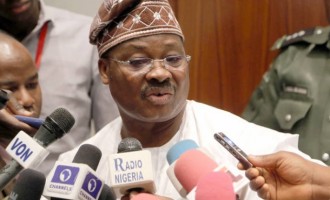 Ajimobi: There are good reasons to dethrone olubadan but I won’t

Abiola Ajimobi, governor of Oyo state, says Saliu Adetunji, the olubadan of Ibadanland, has done many things that could be used as a basis for dethroning him but that he will not remove him.Speaking with state house correspondents after meeting with President Muhammadu Buhari on Tuesday, the governor accused some politicians of being behind the controversy in Ibadan.He said the monarch is [...]

Olubadan, history and the ‘raw data of treachery’

‘No legal impediment’ against Olubadan’s coronation

The Olubadan-in-council has insisted that there is no legal impediment against the coronation of Saliu Adetunji, a high chief, as the 41st Olubadan of Ibadanland.Lekan Balogun, Otun Olubadan of Ibadanland, said this at a joint press conference by the Olubadan-in-council and top officials of the state government, led by Olalekan Alli, former secretary to the state government.Adetunji would be ascend [...] 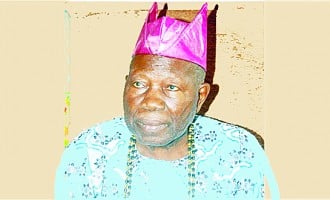 Saliu Adetunji, the Olubadan-designate, has confirmed March 4 as the date set aside for his coronation as Olubadan of Ibadanland.This was confirmed in a statement signed by Adeola Oloko, Adetunji’s media aide,  and made available to reporters on Sunday.Adetunji , according to the statement, confirmed the coronation date during the visit of leading musician, Ebenezer Obey, to his Popoyemoja, Ibadan, [...] 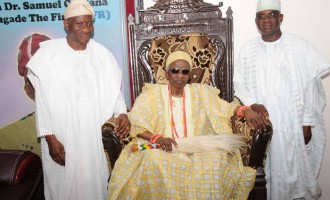 OBITUARY: Olubadan, the strict monarch who fired a chief for lacing his wife with ‘magun’

The title Olubadan could be translated as 'the Lord of Ibadan' but for the eight years that he presided over the throne, Samuel Odulana Odugade did not exactly lord himself over his people.A retired soldier, teacher and politician, Odugade was a no nonsense monarch. Two years ago, he deposed Olusegun Ojetade, one of his revered chiefs, for lacing a deadly [...]