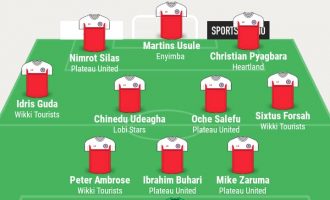 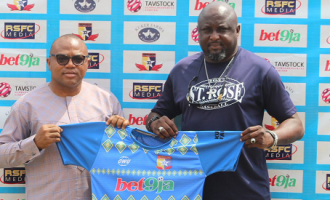 Kennedy Boboye says his objective is to qualify Remo Stars for continental football.The Abeokuta club unveiled him as its new technical adviser on Friday.The former Plateau United coach succeeds Fatai Osho who resigned on Wednesday.Boboye left the Jos-based side following the expiration of his two-year contract. While there, he made history by guiding them to a first ever NPFL championship in [...]

Reigning Nigeria Professional Football League (NPFL) champions, Plateau United moved up to second place closing the gap on league leaders Lobi Stars after a dramatic 2-1 win against the Pride of Benue on Wednesday afternoon. Lobi Stars winger Austin Ogenye was sent off in the second half of the thrilling encounter. After a goalless opening 25 minutes, the match picked up in [...] 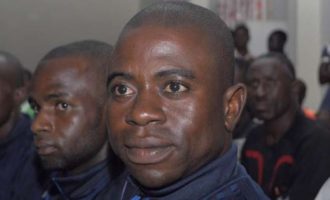 Joseph Ogabor, a Nigerian referee, has been banned from officiating for one year over "attempted manipulation".The Confederation of African Football (CAF), in a statement on Sunday, said Ogabor's ban was confirmed by its disciplinary board.South African referee, Victor Gomes, claimed he was approached to fix the result of the African Confederation Cup first leg tie between Nigerian side Plateau United and [...] 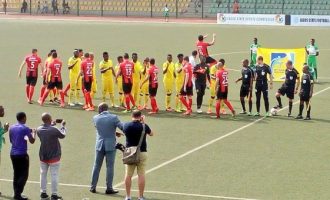 Plateau United walked the tight rope with a slim 2-1 win over USM Algiers on Saturday.The Peace Boys who adopted the Agege Stadium as their home ground missed a flurry of chances in the CAF Confederation Cup round of 16 encounter.Former junior international King Osanga sent the fans into a wild celebration with the first goal after 19 minutes.Poor marksmanship [...] 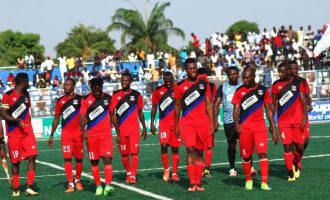 TheCable runs the rule on the games played in week 14 of the Nigeria Professional Football League (NPFL).Lobi Stars 3-2 Rivers UnitedDespite going behind at some point in the match, Lobi Stars fought back to register a 3-2 win over Rivers United at the Aper Aku Stadium.Ezekiel Mbah opened the scoring for Lobi from the penalty spot in the 18th [...] 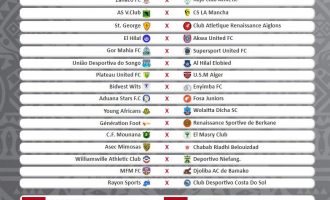 Nigerian representatives were matched against tough teams in the round of the 16 stage of the CAF Confederation Cup.Enyimba FC, Plateau United, Akwa United and MFM FC avoided each other in the draws which took place on Thursday.Two-time CAF Champions League champions, Enyimba FC will need to navigate past South African outfit Bidvest Wits.Plateau United were drawn against Algerian powerhouse USM Algiers [...] 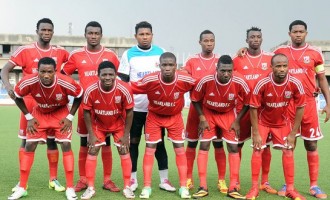 A brace from Obi Samson handed Abia Warriors a 2-0 win over Wikki Tourists in week 13 of the Nigeria Professional Football League (NPFL).Both sides went into half-time deadlocked at 0-0 at the Umuahia Township Stadium before the former Inter FC player delivered a double in the home stretch.Substitute Sikiru Alimi stole the show for Sunshine Stars by scoring the [...] 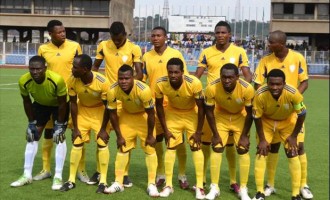 Plateau United, reigning champions of the Nigeria Professional Football League (NPFL), failed to advance to the group stage of the CAF Champions League despite a 1-0 win over Etoile Sportive du Sahel.The Peace Boys crashed out 4-3 on aggregate following a 4-2 loss in the first leg in Tunisia.In the return leg on Sunday afternoon, Plateau United signaled their attacking [...] 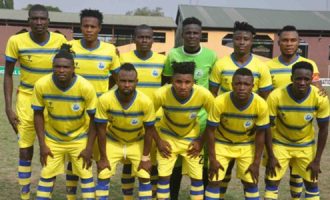 Kano Pillars' unbeaten run came to an end as Lobi Stars shot to the top of the Nigeria Professional Football League(NPFL) table in week 12.Go Round FC 1-0 Sunshine Stars Okon Otop was the lone goal scorer for Go Round FC who won 1-0 against Sunshine Stars.MFM FC 3-0 Heartland FCGoals from Stanley Okorom, Chuka Uwaga and Giscard Tchato was the [...] 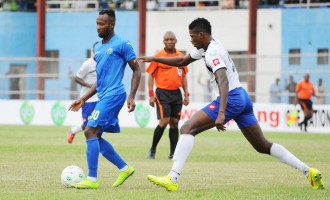 Enyimba FC defender Isiaka Oladuntoye has conceded that Nigeria Professional Football League (NPFL) champions Plateau United will pose a real threat on Wednesday.The People's Elephants will host the Peace Boys in a week nine NPFL clash at the UJ Esuene Stadium, Calabar, and the central defender has admitted that the Jos outfit are performing well this term.But he still thinks [...] 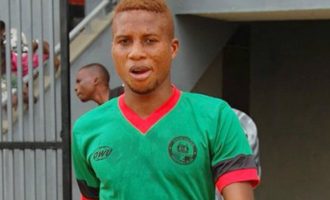 Striker Tosin Omoyele says Plateau United are not afraid of playing Eding Sport in the first leg of the CAF Champions League knock out tie.The reigning Nigeria Professional Football League (NPFL) champions are debutants in the biggest club competition in Africa.While there is a fear that they may concede a home goal, confidence isn't lacking among the players.Ahead of the [...]

Reigning champions Plateau United annihilated Sunshine Stars 5-0 in week seven of the Nigeria Professional Football League (NPFL).Tosin Omoyele was the star of the game, thanks to his brace and two assists. Sunday Ingbede, Emeka Umeh, Mafeng Pam also found the back of the net.Akwa United maintained their grip at the top of the table with an emphatic 4-0 defeat [...] 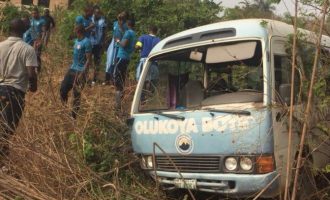 The team bus of MFM FC, Nigeria Professional Football League side, was involved in a road accident on Sunday.The Olukoya Boys were their way back to Lagos from Jos after playing Plateau United on Saturday.The accident took place at about 4.40pm Sunday evening along Akungba Road in Ondo state.An eyewitness told TheCable that no life was lost in the road [...] 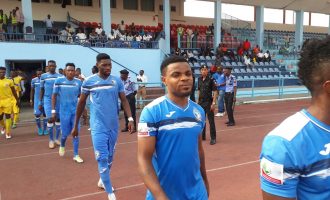 Plateau United produced a five-star performance to defeat Rivers United 2-0 in Jos.The Peace Boys made nonsense of the Pride of Rivers in the week 2 of the Nigeria Professional Football League (NPFL) on Wednesday.It took only 29 minutes for the home side to take the lead through an excellent free kick from central defender Golbe Elisha. The game was [...] 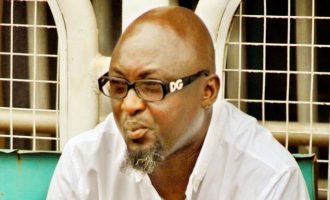 Victory is our goal, says Plateau Utd coach ahead of Nasarawa game

After one game in the 2017/18 Nigeria Professional Football League (NPFL) campaign, Plateau United have three points in the bag.Ahead of Wednesday's league game against Rivers United, coach Kennedy Boboye told TheCable that his team will not get carried away after their triumph over Nasarawa United.He said their focus is on winning the next game, saying it is their main [...]