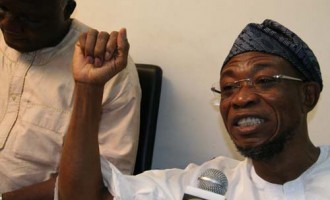 Rauf Aregbesola, Osun state governor, says the economy of Nigeria is in dire need of prayers from "all and sundry".The governor made the assertion on Wednesday while addressing 724 prospective pilgrims to this year’s Hajj pilgrimage in Saudi Arabia.Aregbesola urged the pilgrims to pray assiduously for the recovery of Nigeria's economy and to also include Osun state in their prayers."Nigeria’s economic [...] 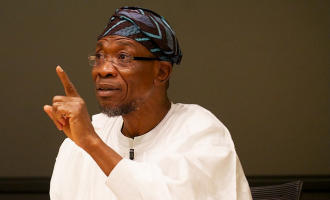 Aregbesola tells Osun people: 30 days of Ramadan hunger showed that we can endure anything

Rauf Aregbesola, governor of Osun state, on Wednesday said the just-concluded Ramadan fast had shown that people can survive under any circumstance.Speaking in Osogbo after the Eid-el-Fitr prayers, Aregbesola called for tolerance and understanding of Nigerians to move the country forward.He asked the people to apply the Ramadan experience to different areas of their lives."We thank Almighty Allah for permitting [...] 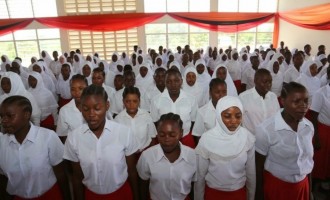 I never ordered use of hijab in schools, says Aregbesola

Rauf Aregbesola, governor of Osun state, on Monday said he never ordered the use of Hijab by female Muslim students in public schools in the state.Are‎gbesola said this during a roundtable organised by the Development and Advancement in Western Nigeria (DAWN) in Osogbo, the state capital.He challenged those who accused him of ordering the use of Hijab by Muslims‎ to [...] 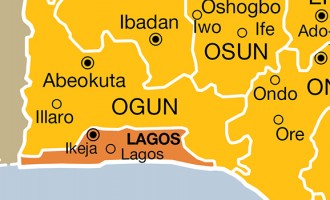 Officials of the Alimosho local government area of Lagos state demolished at least 100 shops at the Rauf Aregbesola Modern Market in the Iyana-Ipaja area of the state on Saturday.A correspondent of NAN, who visited the market, said some of the traders were running helter-skelter to remove their goods and valuables.Some of them said they got to the market in [...] 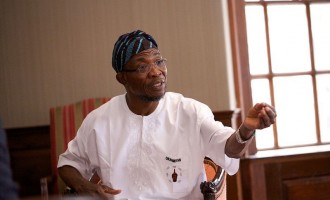 Rauf Aregbesola, Osun state governor, says civil servants in the state will receive their salaries for the month of January, despite receiving just N6.23 million as federal allocations for February, 2016.Aregbesola said his government had weathered the storm to pay salaries up to December.In a statement by Semiu Okanlawon, director bureau of communication and strategy in the office of the [...]

From all indications, the Osun state government will be unable to pay the March salaries of its workers, as the state only got N6.23 million in federal allocation for the month.This is far below the N56 million it received in September 2015. Rauf Aregbesola, governor of the state, has said the sum will not even be enough to pay electricity bills for the state secretariat.“Money coming [...] 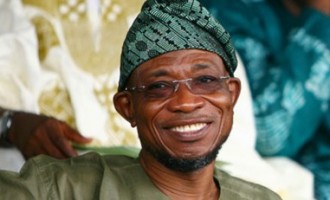 Rauf Aregbesola, governor of Osun state, has announced the creation of 31 new local council development areas (LCDAs), three area councils and two administrative offices.Disclosing this in a state-wide broadcast in Osogbo, capital of the state, on Tuesday, Aregbesola said his administration would make ‎judicious use of its revenues to ensure that the development will not constitute any financial burden.He [...] 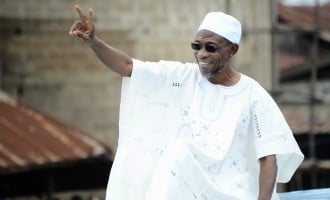 Re: A prayer for Aregbesola, the impatient reformer

BY KIKIOWO ILEOWO In my few years of sojourn on earth, I have encountered diverse people, but of all them, Nigerians stand out!Nigerians are a special breed of people. Our ability to stay satisfied with underdevelopment and even crucify those who dare change the status quo is unprecedented.I read with amusement, an article put together by a citizen who heads an [...] 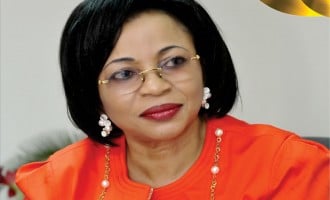 Rauf Aregbesola, governor of Osun state, has appointed Folorunso Alakija, the richest woman in Africa, as the Chancellor of Osun State University (UNIOSUN).Semiu Okanlawon, the governor’s spokesman, announced this in a statement issued on Tuesday, saying the appointment will last for a period of five years.‎The statement quoted Aregbesola as congratulating the new chancellor, and saying her “antecedent and sterling qualities as a [...] 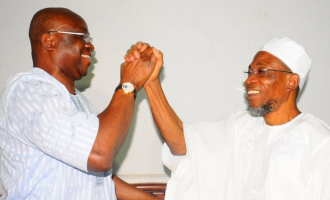 Rauf Aregbesola, Osun state overnor, on Tuesday advised Ayodele Fayose, his Ekiti state counterpart "to face the reality of the death of Peoples Democratic Party (PDP) as a party". ‎ Aregbesola said this when Fayose paid him a surprising visit at the Osun state government house in Osogbo, capital of the state.He also charged the Ekiti state governor to direct his energy towards bringing [...]

Rauf Aregbesola, governor of Osun state, says the state needs an internally generated revenue (IGR) of five billion naira every month to survive.Speaking during the opening of Olufi Middle School, Gbongan in Ayedaade local government area of the state, Aregbesola said Osun would conveniently cater to all its needs and fast-track development if it generates the said amount as IGR [...]

Rauf Aregbesola, governor of Osun state, on Friday said he would not be distracted by the negative criticism against his administration.Aregbesola, who made the remarks at the inauguration of a new private-owned radio station in Osogbo, the state capital, said he would rather forge ahead with the vision of transforming the state to enviable position.He said his critics would soon [...]

Rauf Aregbesola, governor of Osun state, says his administration will complete all ongoing school projects despite the economic meltdown.According to Semiu Okanlawon, Aregbesola’s media aide, the governor made the promise in Osogbo on Sunday, during a tour of some project sites.Okanlawon quoted his principal as saying that aside the school projects, all other ongoing projects in the state would be [...]

Rauf Aregbesola, governor of Osun state, has promised to clear workers' salary arrears before the forthcoming Sallah festival.Addressing workers in Osogbo, the state capital, late Tuesday, Aregbesola commended the workers for their understanding, saying he personally share in the pains they have gone through."By the grace of God, the state will come out again, we will pay workers their salary before [...] 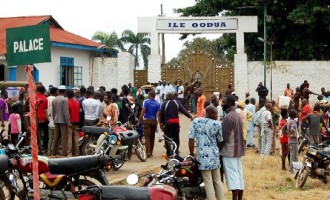 The Ile Ife traditional council met with Rauf Aregbesola, governor of Osun state, on Thursday.Insisting that Okunade Sijuwade, the Ooni of Ife, is still alive, the chiefs, led by Joseph Ijaodola, the Lowa of Ife, said they would have been the first to know had the Ooni truly joined his ancestors.Ijaodola said their visit to the governor was to intimate [...] 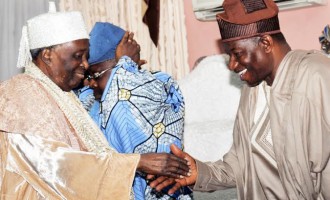 Alayeluwa Oba Okunade Sijuwade, Olubuse II, died in a London hospital on Tuesday having set the record as the second-longest reigning Ooni of Ife in recorded history, but the story of his trials and triumphs could even be longer. His interests in business and politics were well advertised, so was his battle with the Alaafin of Oyo over who is [...]